A fugitive sex blogger has locked horns with the police chief, criticising Khalid Abu Bakar for purportedly being more keen on launching a crackdown under the Sedition Act, as opposed to arresting criminals.

"If only the inspector-general of police is as passionate in fighting crime and corruption as he is in catching people for sedition," posted Alvin Tan on his Facebook page today.

He was responding to Khalid, who yesterday vowed that the police would leave no stone unturned in locating Tan.

Khalid was livid with Tan’s earlier Facebook posting depicting doctored photos of various leaders, including the prime minister and his wife, with pig snouts.

Among those in the photos was Khalid (right) himself.

In an Utusan Malaysia report, the police chief described Tan's action as rude and claimed that the blogger wanted to challenge the authorities.

"He thinks he can run. However, each country has its own regulations and we will eventually catch him," said Khalid in reference to reports that the blogger was seeking asylum in the US.

"If he is brave, come back to Malaysia and say those things. No need to run to the US. He is a coward and only talks after running from Malaysia.

"Tell us upfront. We (Umno Youth) are willing to wait. Do not be a coward," he emphasised.

Meanwhile, Tan's ex-girlfriend Vivian Lee said she had expected him to jump bail as he had suggested the idea before.

"Tan suggested the idea of seeking political asylum once.

"He did not discuss his plan with me further. He can pursue his dreams and resume his conquests in the US without any baggage," she added on her Facebook page.

However, Lee has refused to follow in his footsteps.

"I don't see the point of living a life on the run. We still have a full life ahead of us, and the life of a fugitive wouldn't suit me.

"I was brought up by my parents to deal with any issue in front of us, and running away whenever there's trouble isn't a wise approach," she added.

In a related development, Astro Awani quoted Bukit Aman deputy CID chief Amar Singh as saying the police are probing Tan under sedition again following the remarks the blogger made on Facebook.

"Members of the public have lodged reports against Tan. Upon this, we initiated an investigation under the Sedition Act," he said today.

Tan along with Lee had been charged under Sedition Act last year following a blog posting 'Selamat Berbuka Puasa with bak kut teh... fragrant, delicious and appetising'.- mk

Political asylum not a way out of a criminal charge

The former partner of sex blogger Alvin Tan said she was not surprised that the latter had skipped bail and is seeking asylum in the United States, saying the plans were not discussed with her.

"He can pursue his dreams and resume his conquests in the US without any baggage," Vivian Lee, who together with Tan had blogged about their sex life under the name Alvivi, told The Star.

Lee said she was relieved that Tan was safe.

"Now that he's made it safely to the US, I'm relieved because I finally know that he's OK.

“I do not feel bitter and I do not blame him for anything. I wish him well and all the best," she said as quoted by the paper, adding that she was not sure if they would ever meet again.

She revealed that she had sent emails and text messages to Tan after his disapperance but had not received any response.

She only knew that he was in the US after friends informed her based on news reports.

Lee, 25, also said she was against the idea of running away from her upcoming trial following the couple's offensive and controversial Ramadan greeting on Facebook in July last year.

"I don't see the point of living a life on the run. We still have a full life ahead of us, and life as a fugitive wouldn't suit me," she told The Star.

"I was brought up by my parents to face and deal with any issue in front of us, and running away whenever there's trouble isn't a wise approach."

The pair, who are former law students at the National University of Singapore, first came under the spotlight following their raunchy blog postings.

But it was their post of a pork dish and a Ramadan greeting last year that landed them in hot water, and even in jail briefly, after they were charged under the Sedition Act and the Film Censorship Act.

Tan violated his bail conditions while on a supposed working trip to Singapore and is now on Interpol's wanted list.

After lying low for a while, he emerged on social media, speaking of his plans for asylum in the US.

The 26-year-old Tan told The Malaysian Insider recently that his decision to flee his homeland was to escape the government's "tyranny" as well as the "ignorance" of ordinary Malaysians.

He said that he had tried to convince Lee to flee but she had decided against it.

"I already applied to the court to get our passports released using my personal funds, at no expense to her. What more does she want?

"What I did not do was to fund her escape, because, why should I? We are both independent adults who are supposed to be able to take care of ourselves.

"She has a lot of growing up to do if she believes that it is my responsibility to take her along. I mean, hello, she is the university graduate here, not me. She should be more than capable – much more than me – to take care of herself," he had said.

Malaysians flay sex blogger Alvin Tan for fleeing to US 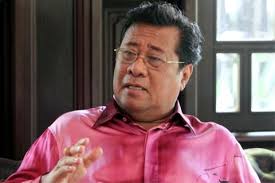