No ruler, not even Queen Elizabeth, has the power to select the prime minister under the Westminster parliamentary system, said senior lawyer Tommy Thomas.

Using the British political crisis in 1990 and 1991 as an example, Thomas said the Conservative Party wanted to get rid of Margaret Thatcher and John Major was appointed to replace her to lead the party.

And still, the ruler did not intervene and appointed Major as premier.

"Did Queen Elizabeth as the constitutional monarch have a choice and say 'I do not like Major and I do not want him to be the PM', and 'I prefer (Michael) Hasseltine' to lead the Conservative Party?

"She is a constitutional monarch, she has no say in the selection of the leader of the Conservative Party," he said.

Moving on to Australia, Thomas  (right) said the governor-general also did not intervene when the Labour party tussle involving Kevin Rudd and Julia Gillard.

"Did the governor-general of Australia, who has the power of a constitutional monarch, have the discretion to say 'Gillard I won't accept you and I noticed that you are a woman'?" he asked.

Like the two classic examples of the application of the Westminster systems in appointment of chief executives, he said India’s president too did not have a say when Narendra Modi won.

"The president of India couldn't say ‘I don't like Mr Modi or I do not like the outfit he wears give me three other names’," he said at the International Malaysia Law Conference in Kuala Lumpur.

Thomas was responding to a question from the floor from a lawyer on what is taught in constitutional law classes and what is applied in the present situation, especially with the Selangor crisis.

Thomas said what was happening in Selangor was wrong.

“If this question is asked to Tun Razak or Tun Ismail and they have had difficult menteris besar during their time, they would ask,  'are you kidding?' The party chooses the leader and that is the end of the matter,” he said.

Thomas said this in response to a question from the floor from a lawyer on what is taught in constitutional law classes and what is applied in the present situation, especially with the Selangor crisis.

The Selangor sultan in a statement issued through his private secretary Mohd Munir Bani yesterday, said that the palace was not interfering in the choice of the menteri besar and the long wait was due to Pakatan Rakyat's inability to agree on who would assume the post.

To questions on which parts of the Federal Constitution would the three speakers at the conference  like to see amended, Universiti Malaya associate professor Azmi Sharom, said he would not amend anything.

“However, the judges need a constitutional law class and it would preferably be conducted at UM,” Azmi, who is one of those facing sedition charges, said, apparently in jest.

The other speaker, senior lawyer, Cyrus Das (right), said he would not amend the constitution but emphasised that respect for the fundamental rights of the citizens, as outlined in Part II, cannot be amended.

Das said the problem right now is that everyone has got their own ideas as to what the constitution should be.

If we looked at the basic document (the Federal Constitution) and the Reid Report, he said, we would like to see that the basic rights are maintained and undisturbed, no matter which party holds a two-thirds majority in Parliament.

On another question on how to educate the people on the correct position of the law with regard to the Selangor menteri besar issue, Azmi said there has to be a strong stand from the academia and Bar as to what the law actually says on the matter.

“The concept of constitutional monarchy is to hang on to certain history... and the role of royalty in this kind of system cannot be like in the past anymore. I don't think it is desirable.

“We just have to say  that the way you do it is different from what we have been seeing,” Azmi (left) said, adding he regretted that the mainstream media would not publish his views on this matter.

This, he acknowledged, was a continuous struggle that Malaysians should labour on.

Das said educating the people in this area was an impossible task as everybody would put forward a viewpoint that would be to their interests or persuasion.

“You can never get an objective view of this issues. I often see one cannot reach out that this is the actual constitutional position and not the other.
“So long there are politicians, each one of them will put their viewpoints forward and they will put that across to the wider public,” Das added.- mk

Kim Quek: A day of celebration under normal circumstances has been turned into a day of mourning for constitutional rule.

This appointment of Selangor MB is a total disgrace, an insult to the fine tradition Malaysia has kept in the appointment of government head in accordance with the letter and spirit of the constitution.

The nominee of the ruling coalition with proven majority support was shunned without any reason, while an un-nominated person was appointed as MB instead.

If the monarch can dictate who the government leader is, with no regard to the electoral process that has produced a ruling party which in turn has elected its leader to head the government, then we have to ask the question: Is democracy still in existence?

If so, why is the decision of the majority of the people as reflected in their elected representatives completely ignored?  Clearly, constitution has been gravely breached.

Parliament must now act to rectify the damage, lest it will set a dangerous precedence that can cause an avalanche of erosion of constitutional rule.

Meanwhile the attorney-general, as chief legal adviser to the Agong and the government, must promptly speak up to put this unfortunate incident in proper legal perspective. Lastly, Pakatan Rakyat should explore legal remedies.


Rakyat101: Wan Azizah, you are our real hero. You know when it is time to withdraw and you do so gracefully.

DSAI (Anwar Ibrahim) is also a winner in this saga. You made a point and were courageous to uphold the constitution and we the public fully recognised that. You could have brought this fight against the palace further, but decided not in the interest of the rakyat. To prolong this saga further would only benefit Umno-BN.

For Azmin, be humble and thankful to your Pakatan colleagues who are willing to accommodate you. You must accept this appointment with a heavy sense of responsibility to serve the rakyat.

You need to reach out to your DAP, PKR and PAS colleagues, including those in the opposition. Build Selangor to be a role model state and prove to the voters that Pakatan can govern well and better than BN. 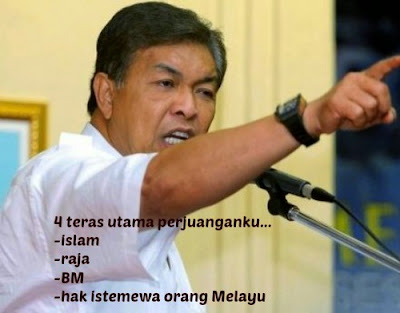 'Founding fathers will roll in their graves over Zahid'...

Senior lawyer and constitutional expert Tommy Thomas has criticised Home Minister Ahmad Zahid Hamidi for saying that non-Malays have no place in what the minister calls the "national social contract".

Thomas described what the Umno vice-president had said as "a distortion" of what the Federal Constitution and the social contract are all about from the historical perspective.

He underlined four thrusts on what Zahid termed as the "national social contract", as those were the words the home minister used.

"These four thrusts are Islam as the official religion, Malay rulers, Malay rights and Malay language as the national language.

"His narration says non-Malays have no place in the national social contract. This is a complete distortion.

"It is selective and inaccurate. If Tunku Abdul Rahman, Abdul Razak Hussein and Dr Ismail Abdul Rahman and all the founding members of this nation are around, they would be turning in their graves with this version," Thomas (right) added.

Thomas was one of the three speakers at the International Law Conference in the nation's capital.

Zahid in Besut, Terengganu, on Sept 13 threatened the people not to disturb the four thrusts in the social contract.

The minister said this after the government decided to use the Sedition Act 1948 on several individuals.

Zahid (below), who is the most senior Umno vice-president had issued the warning when launching the Besut Umno division meeting.

"Because we, Umno and the government, would ensure that the most stern legal action will be taken against those who dare to do so.

“I would like to stress here that there will be no compromise in this matter and to whom it may concern don't try to challenge the federal constitution," he had said.

Meanwhile, Thomas said the three major races had reached a consensus in power sharing when the country achieved independence and this is described as the social contract.

"Even the chauvinistic of all Malay leaders then (in the 1940's)  never called on the wholesale repatriation of Chinese and Indian immigrants from Malaya," he explained.

Thomas said that non-Malays were awarded citizenship under "jus soli" (right of the soil) to cut ties with their countries of origin.

He noted that the social contract agreed by the three communities under the watchful eyes of the British prior to Merdeka were the pre-conditions for independence that non-Malays received full citizenship, had the right to use their language and practice their religion.

"The non-Malays had to agree to the protection that the Malays have reserve land and enjoy employment in the public service so as to enable them to ascend the economic ladder. In this equilibrium, the non-Malays are not to be relegated as second class citizens as there is no apartheid partition or repatriation.

"What was required from the non-Malays at the time of Merdeka was undivided loyalty to the new nation. Diversity was encouraged and no pressure to make it into a one Malaysia race," he added.

Assimilation, he said, was out of the question and Malaya must always remain a plural society.

Thomas also pointed out that following the 1969 racial riot, the Rukunegara was formed where the commentary stated that the nation lived together in harmony, worked together for independence and worked together against several encroachments on national integrity.

"It further states that there should not be any discrimination of any citizen on the grounds of religion and individuals and groups shall conduct their affairs as long they do not violate any of the accepted behaviour that is arrogant and offensive to the sensitivities of any group."

"No group should question the loyalty of another citizen on the grounds that he or she belongs to another community," he added.

Hence, Thomas said it was wrong for Umno to push the agenda of “ketuanan Melayu” (Malay hegemony), which he claimed required a falsification of Malaysia's history.- mk 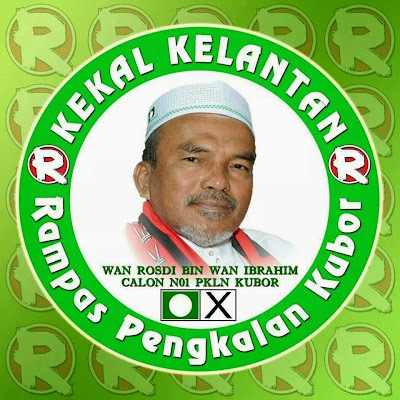