Roslee (right), who is also state rural development, entrepreneurship, cooperative and consumerism committee chairperson, in a copy of a letter dated May 12 faxed to Bernama today, said:

"Please be informed that I hereby resigned from my position in the party effective immediately."

Roslee's letter was addressed to Umno secretary-general Tengku Adnan Tengku Mansor and was courtesy-copied to the state assembly speaker.

However, a source close to the former menteri besar told Malaysiakini that at least two more assemblypersons are expected to quit Umno.

If the duo were to follow through with the plan, it will bring the total Umno-turned-independent state assemblypersons to five and reduce Umno’s numbers in the house to 12.

Meanwhile, Sinar Harian reported that Terengganu PAS has called for an emergency meeting to discuss the crisis after the party, together with its ally PKR, suddenly found themselves with the controlling majority in the house.- mk

The duo quit hours after Ahmad was replaced as MB.

According to sources, speculation is rife that at least two more state assemblypersons, who are also exco members, would follow suit.

"Those whose names have been rumoured to quit are Kemasik rep Rosli Othman and Bukit Besi rep Roslee Daud.

"The state Umno is currently holding an emergency meeting to resolve the crisis," a source told Malaysiakini.

Meanwhile, Ahmad Said's press secretary Rosli Zakaria has confirmed the resignations of his boss and Ghazali (below), who is also Ajil assemblyperson.

Astro Awani had also reported that Ahmad Said informed the news network of the resignations in an email late Monday.

Ahmad Said, who is the Kijal assemblyperson, and Ghazali reportedly declared themselves Independent.

The BN Terengganu government would collapse if the duo become Pakatan Rakyat-friendly.

BN won 17 seats against Pakatan's 15 in the 13th general election.

If the duo declare themselves Pakatan-friendly, the situation in Terengganu would be reminiscent of the Perak crisis in February 2009, where the resignations of three Pakatan state reps led to the collapse of the Pakatan state government.

However, the resignation letters dated May 12 and signed by Ahmad Said (left) and Ghazali did not state allegiances to Pakatan.

The letters sighted by Malaysiakini was addressed to Umno secretary-general Tengku Adnan Mansor and the Terengganu Speaker Mohd Zubir Embong.

In announcing this, Prime Minister Najib Abdul Razak said Ahmad Razif's (right) appointment had received the consent of the sultan of Terengganu.

According to news reports, all state excos were present at the swearing-in ceremony at Istana Syarqiyyah near Kuala Terengganu tonight. Ahmad Said, however, did not attend.

Ahmad Said was first appointed menteri besar on March 23, 2008. He was reappointed in May last year after the 13th general election.

Speculation had been rife that Ahmad Said would be replaced following an agreement with the prime minister.

Based on the agreement, Ahmad Said would remain as menteri besar for only a year after BN almost lost the state in the 13th general election last year.

Speaking to Malaysiakini this morning, he however declined to reveal the number or the names of those who would quit.

"Insya-Allah (God willing), there will be more (who will resign)," he said.

The state Umno is believed to be in an emergency meeting on the matter.

"I have worked in Umno for a long time. I told the PM that my daughter's wedding reception is on May 17 and asked for the change of MB to happen after that.

"He told me that was a personal matter, so I told him not to blame me if I quit the party," Ahmad, who is also Kijal assemblyperson, said.

Earlier, Umno secretary general Tengku Adnan Mansor reportedly said that he expects no issues within Umno following the swap as it was accepted by local leaders.

Ahmad Razif Abdul Rahman was sworn in last night in the presence of the entire executive council.- mk

Prime Minister Najib Abdul Razak, in announcing this in a statement to Bernama tonight, said Ahmad Razif's appointment had received the consent of the sultan of Terengganu.

"It is hereby announced that Sultan Mizan Zainal Abidin, has consented to the resignation of Ahmad Said as the menteri besar of Terengganu effective May 12, 2014.

"His royal highness has consented to the appointment of Ahmad Razif as the new menteri besar effective from the date of his swearing in before his royal highness," Najib was quoted as saying.

Ahmad Said was first appointed the menteri besar on March 23, 2008. He was reappointed in May last year after the 13th general election.

Speculation had been rife that Ahmad Said would be replaced following an agreement with the prime minister.

Based on the agreement, according to Star Online, Ahmad Said would remain as menteri besar for only a year after BN almost lost the state in the 13th general election last year.

He spoke to reporters after meeting with the BN Terengganu assemblypersons in Kuala Terengganu today.

Tengku Adnan also stressed that this will not pose any problems for Umno as the local leaders accept the change.

In the last general election, BN won 17 state assembly seats against Pakatan Rakyat's 15, and managed to win half of the state's eight parliamentary seats.

Last December, Ahmad Said was compared to an English folklore outlaw hero when he stopped two lorries carrying bread in Chendor, Pahang so that the bread can be distributed to hungry and stranded flood victims in Kemaman.

His action went viral on Facebook and certain blogs called him Robin Hood.

"I am no Robin Hood," he later stressed, explaining that while Robin Hood robbed the rich, and gave money to the poor, his actions were still wrong.

The working visit was initiated towards enabling Malaysia contribute to research on climate change which has become increasingly unpredictable.

Among those who took him to task was DAP MP Tony Pua, who said: "He isn't even the country’s Minister of Science and Technology, or the Minister of Natural Resources and Environment. He is the chief minister of a state, Terengganu who has no business gallivanting in the unpopulated South Pole!" - mk


Rulers can be dethroned for breaking Islamic law...

Not only hudud can be implemented on sultans and Malay rulers, constitutional expert Abdul Aziz Bari holds they can also be dethroned, if they do not comply with present Islamic laws or have committed major sins.

Aziz(left) said this is implicit in the Federal Constitution and some of the details are spelt out in the respective state constitutions.

“The sultan may be dethroned should he commit acts that are considered as uzur sharie, that reveal personal defects, from the Islamic point of view.


“This factor is also crucial to determine whether the heir apparent can succeed in being appointed as a ruler.”

Aziz said the problem today is the council of succession of the respective states have, over the years, overlooked this provision.

This, he added resulted in the prevalence of rulers whose personalities are not in full accord with strict Islamic and moral codes.

Aziz  concurred with the views aired by Umno Youth exco member Fathul Bari Mat Jahaya, who  said yesterday that hudud can be implemented on the sultans and Malay rulers, and that there is nothing in the Federal Constitution that prevents that.

“As heads of Islamic religion, it goes without saying that sultans are the first to be subjected to Islamic law. That means the application of hudud. As such the sultan cannot commit major sins which include adultery, theft and drinking liquor,” Aziz told Malaysiakini.

The constitutional expert pointed out that a 1993 amendment to Article 182 of the constitution, which allows the formation of a special court, has removed the immunity of the rulers and they can be subject to civil laws.

“It is to be noted that the privilege of being immune or exempted from legal proceedings is quite alien to the notion of equality in Islam. From this point of view, the special court is an anomaly as it puts the nine rulers above civil law, so to speak,” he said.

Yesterday, Fathul Bari (right) told a forum, ‘Hudud in Malaysia: Can we? Should we?’ that hudud should apply to everyone whether from the "upper class, lower class or the raja (Malay rulers)"- mk 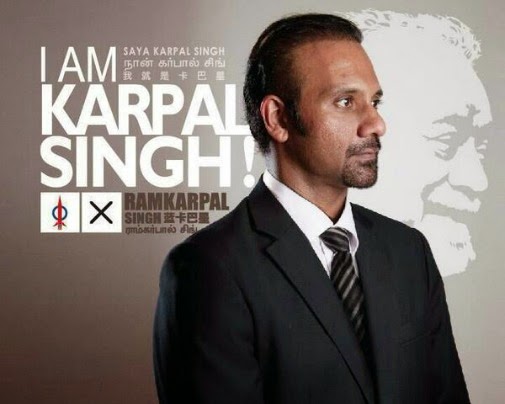