Shahrizat warned me not to be a traitor...

Dyana told reporters after a walkabout today that Shahrizat (centre in photo) warned her not to become a “traitor”, in reminding of the fact that Dyana was an Universiti Teknologi Mara (UiTM) graduate.

But Dyana brushed off the warning, saying that she felt “zen” (peaceful) about the whole incident, and told Shahrizat she would not become a traitor.

“I take it as good advice. I would never become a traitor for Malaysia, don’t worry,” Dyana said.

She also said that she did not understand why someone’s university should become a benchmark for the choice of political parties.

“UiTM is also built with taxpayers’ money,” she said.

In a statement later, Dyana criticised Umno for the notion that the party owned UiTM.
"The extent of this ‘forced takeover’ of UiTM by Umno has even resulted in Umno leaders labelling me a traitor for being a candidate of DAP.

"Apparently according to these Umno leaders, UiTM alumni are not supposed to do that. When did joining UiTM made us Umno members?

"It is highly ironic that Umno is claiming that UiTM students should support Umno as this is the same party that discourages students from being active in politics," she said.

Dyana, 27, also said that it is not fair for her mother, Yammy Samat (below), to be subjected to attacks due to her candidature.

"I don't think it is fair. But she can take these attacks better than me. She has been in politics since she was 19," Dyana said.

Berita Harian today reported that Veteran Umno, an association of the party's old-school members, had called for Yammy's sacking as an Umno member for backing her daughter in DAP.

Umno supreme council members Razali Ibrahim had also challenged Dyana to call for the closure of MCA's Universiti Tunku Abdul Rahman (Utar) which he claimed was dominated by one race after she spoke out against UiTM's race-based policies.

Dyana there is no need for her to call for the closure of Utar because "it is open to all Malaysians."

She added that access to education should be accorded to all qualified hard-working and deserving Malaysians, irrespective of race, religion, region, gender and political affliation.

"While a student in UiTM, I noticed the discrepancy where rich children of Umno leaders were admitted into UiTM while poorer but more qualified non-Umno linked families were shut out," she said.

Meanwhile, DAP supremo Lim Kit Siang (fourth from right), who accompanied Dyana (next to Lim) in a walkabout at the Glutton Square hawker centre at the city centre today, said that DAP's chances of winning the by-election was only 40 percent.

"I am worried that the Chinese might not vote for her. But we are taking a risk, because we feel it is time that Malaysia moves beyond the racial barrier," he said.

He said that DAP would work hard to ensure that it had at least a 50 percent chance of winning before the elections on May 31.- mk

What is expected to be a close contest for the Teluk Intan parliamentary seat by-election will kick off today as candidates submit their nomination papers and officially commence the campaigning period.

The seat fell vacant after former MP Seah Leong Peng, from DAP, passed away due to cancer on May 1.

After a lengthy deliberation, DAP, in what has been termed as a bold move, decided to field 27-year-old lawyer and Lim Kit Siang's former political secretary, Dyana Sofya Mohd Daud for the by-election.

Although Teluk Intan is a Chinese-majority seat, DAP is riding on Dyana's image as a young, rising Malay star in a party that is often accused of being too Chinese-centric.

If elected, she will become DAP's first Malay female MP, the second youngest DAP MP to be elected (after Fong Po Kuan for Batu Gajah in 1999) and only the third Malay parliamentarian for the party in the current sitting.

But she faces veteran politician Mah Siew Keong, the current Gerakan president, who previously held the seat between 1999 to 2008 and is a local boy who is well known in the constituency.

Mah lost the last two general elections here to DAP's M Manogaran in 2008 and to the late Seah in May last year, the latest by a majority of more than 7,000 votes.

But the 53-year-old (left) will count on his experience and the strength of the BN machinery for the 12-day campaign period before Teluk Intan goes to polls on May 31.

Some independent candidates are also expected to enter the fray, though none have explicitly stated their intent in doing so.- mk

The audacity of a tainted politician heckling a political novice...

Only in Malaysia can a completely discredited politician stand on a pedestal and take potshots at a young and untainted politician.

This is the case of Wanita Umno chief Datuk Seri Shahrizat Abdul Jalil (pic) sniping at Dyana Sofya Mohd Daud, saying the DAP political novice is a puppet being used to grab power.

But the DAP candidate for Teluk Intan fired back today at the Wanita Umno chief, saying that Shahrizat's belittling remarks is a testament of the movement's failure to promote women in politics.

But there is another point for Shahrizat to butt out of any Barisan Nasional's (BN) campaign in Teluk Intan - that she is simply a discredited and unwanted politician who is more of a burden for the ruling coalition.

Prime Minister Datuk Seri Najib Razak had to refrain from renewing Shahrizat's term as a federal senator just to drop her as a minister after her family was embroiled in the RM250 million National Feedlot Centre (NFC) fiasco.

Her husband is in the dock for alleged criminal breach of trust in the failed venture and there is still an unreleased PAC report on what went wrong with the project that was meant to ensure food security for Malaysia.

Instead, there were reports that her family's company that ran the project, was more keen to set up restaurants, buy luxurious properties in Malaysia and elsewhere rather than focus on cattle-farming.

So, really, Shahrizat has no business saying anything about Dyana Sofya until her family makes good the taxpayers funds that were gobbled up by their failed ventures.

If she has to say anything at all, the Wanita Umno chief could explain to the Teluk Intan voters the reasons behind BN choosing a veteran politician over young talent within the ruling coalition.

Or explain the benefits of the Goods and Services Tax (GST) for the country's taxation system. Or on any other policies that some of her colleagues actually take time to explain, rather than belittling Dyana Sofya as a DAP candidate.

Perhaps that is just too hard. After all, attacking a person until the cows come home is always the easier option. – tmi

Ten weeks after the mysterious disappearance of MH370 while headed for Beijing, new theories are still emerging.

A book about the missing flight suggests it may have been shot down during a military exercise and the accident is being covered up, while former prime minister Tun Dr Mahathir Mohamad believes the plane did not crash but "is somewhere, maybe without MAS markings".

Flight MH370 – the Mystery, written by Anglo-American author Nigel Cawthorne, cites anonymous sources to suggest that misinformation was released so the search would concentrate on the wrong area, The Sun-Herald newspaper in Sydney reported today.

The book, the first to be published about MH370 and which goes on sale today, cites a claim by New Zealander Mike McKay that he saw a burning plane from the oil rig he was working on in the Gulf of Thailand on March 8, the day the plane went missing.

Cawthorne links McKay's supposed sighting to joint-US military exercises in the region at the time, saying if MH370 was accidentally shot down during live fire exercises, "those involved would have every reason to keep quiet about it".

He even suggests that if the flight black box is found, it could be a fake planted by those involved in the cover-up but he added: "I'm not saying that's what happened."

Meanwhile, Mahathir commented on the missing MH370 in his blog today, saying "someone is hiding something".

"What goes up must come down. Airplanes can go up and stay up for long periods of time but even they must come down, eventually. They can land safely or they may crash. But airplanes don't just disappear ... Certainly not, these days with all the powerful communication systems, radio and satellite tracking and filmless cameras which operate almost indefinitely and possess huge storage capacities," he said.

Mahathir said MH370 is a Boeing 777 aircraft built and equipped by Boeing. All the communications and GPS equipment must have been installed by Boeing, so if they failed or had been disabled, Boeing must know how it can be done.

He said a search on the Internet revealed that in 2006, Boeing received a US patent for a system that, "once activated, removes all control from pilots to automatically return a commercial airliner to a pre-determined landing location".

The Flightglobal.com article by John Croft, datelined Washington DC (Dec 1, 2006) further mentioned: "The 'uninterruptible' autopilot would be activated – either by pilot, by on board sensors, or even remotely by radio or satellite links by government agencies like the Central Intelligence Agency, if terrorists attempt to gain control of the flight deck", he added.

"Clearly Boeing and certain agencies have the capacity to take over "uninterruptible control" of commercial airliners of which MH370 B777 is one. Can it not be that the pilot of MH370 lost control of their aircraft after someone directly or remotely activated the equipment for seizure of control of the aircraft ?" asked Mahathir.

He said it is a waste of time and money to look for debris or oil slick or to listen for "pings" from the black box.

"This is most likely not an ordinary crash after fuel was exhausted. The plane is somewhere, maybe without MAS markings," he said, calling on Boeing to explain about the so-called anti-terrorism auto-land system.

"I cannot imagine the pilots made a soft-landing in rough seas and then quietly drown with the aircraft.

"Someone is hiding something. It is not fair that MAS and Malaysia should take the blame," he added.- theSundaily 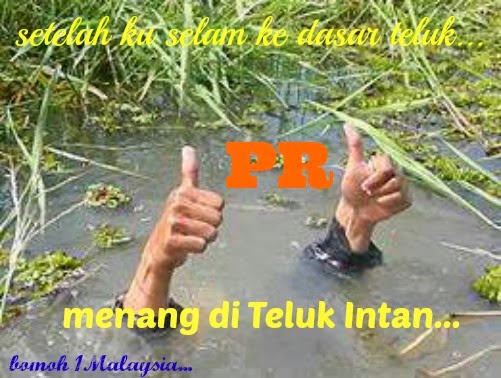