"I was stripped naked" says Anwar 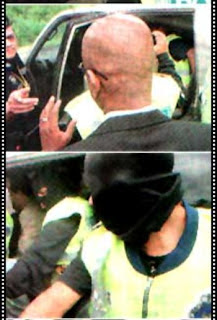 Anwar Ibrahim has been freed and is now at home. A press conference is scheduled to held soon.

Recalling yesterday's event his appointment was 2pm and he still had at least a good 30 minutes to have a good home cook meal and refreshing himself.

But on his way home for lunch,the police in balaclavas pounced on him. The police version is that they had to act because they feared a possible confrontation with his supporters if they had to arrest him at home. But why ski masks?

The public opinion is not with the police and gomen.

Anwar Ibrahim said he was stripped naked and his private parts examined during the physical examination yesterday at Hospital Kuala Lumpur.

“When I was brought to the hospital, I was stripped naked for tests and had my private parts examined,” he told a packed press conference at his house hours after he was freed on police bail.

“They also measured the necessary parts,” he quipped.

Anwar added that he refused to have his photographs taken “as they could end up on YouTube”. According to Anwar, he also refused his blood to be taken during the medical examination.

Anwar, a former DPM who seeking to mount a political comeback after being sacked and jailed on sodomy and corruption charges a decade ago, was arrested by balaclava-clad police commandos in dramatic scenes yesterday. He was taken to police headquarters and underwent a marathon six-hour questioning session before being escorted to the hospital for a medical examination. 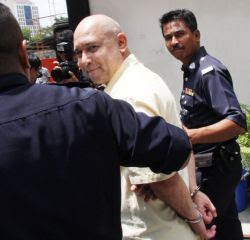 All the nudity during the medical check up is standard procedure.
Logically, Anwar is being charged with sodomy, it won't be logic if they examine other body parts pulak kan..