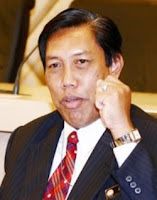 The Anti Corruption Agency (ACA) will take over the investigation of a police report filed by Anwar Ibrahim against the AG and the IGP, its director-general Ahmad Said Hamdan said today. He said the head of ACA's investigations division,Mohd Shukri Abdull, will be heading the probe.

Anwar had lodged a report yesterday at the Selangor police headquarters, alleging that IGP Musa Hassan and AG Abdul Gani Patail had fabricated evidence in relation to his black-eye assault case in 1998.

"The ACA will begin investigations as soon as possible. We have to do it," said Ahmad who confirmed that Anwar's police report had been passed to the ACA's Selangor office.

To a question, he said there was no need to set up a special task force on this matter as "we already have an investigations unit that is capable of looking into this."

He confirmed that the ACA has the jurisdiction to investigate the report and urged the public to give the agency time to do a thorough job.

"The report refers to abuse of power, so give us some time, we will look into it professionally without fear or favour," said Ahmad, adding that as in all investigations, all parties involved will be called for questioning. 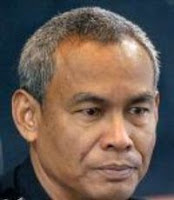 "I don't want to make any comment on the matter. Let the probe be carried out on the allegation made by Anwar Ibrahim," he told reporters.

Asked whether he would lodge a police report on Anwar's allegation against him, Musa replied: "What for? Let the police investigate."

Musa also declined to comment when asked on the allegation by the family of Mohd Saiful Bukhari Azlan, the complainant who lodged the police report alleging that he was sodomised by Anwar, that they were instructed not to contact him (Musa) concerning the report.

"You should know the answer," he replied, when asked about Anwar's allegations.

Meanwhile, The Balik Pulau MP Yusmadi Yusof,wants the AG Abdul Gani Patail and IGP Musa Hassan should be suspended from their posts pending investigations into the role they played in allegedly trying to cover up the assault on Anwar Ibrahim Ibrahim in 1998.

Yusmadi, who is from PKR, said said the duo's suspension was important, as it would have a bearing on the “conduct of investigations” in the latest police report lodged against Anwar.

“The issue at stake is evidence implicating the high offices of prosecution and the police. So how can Anwar have strong belief that his rights would be well protected by someone who has a direct interest in the case,” he said at the Parliament lobby.

Yusmadi, a lawyer, said as the case involved the dignity and integrity of the country, an independent person should be appointed to investigate.

“This police report is not related to a fresh case but to old cases,” he added.

Poor thing, in Malaysia boleh you're always innocent till proven guilty,unless you are from the opposition and both the AG and IGP knows it damn well..........and the rumour mills keep on spinning,read here.