Perdana,not much about the car but shoddy workmanship and false claims...... 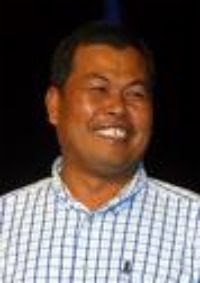 The Terengganu government is prepared to provide detailed proof of what it claims was the heavy cost of servicing and repair of the Proton Perdana V6 Executive cars it had used as the state's official cars to justify its purchase of the replacement Mercedes Benz cars. The office of Menteri Besar Datuk Ahmad Said said in a statement Tuesday that the maintenance cost had been high since the Proton cars were put into use four years ago.

The state government has bought 14 Mercedes E200 Kompressor cars at a cost of RM3.43 million to replace its Perdana V6 Executive cars for use as the official cars of the state executive councillors and senior state government officers.

The statement reiterated that the state government did not use its oil royalty to buy the cars and that the purchase was made in accordance with Paragraph 6 (II) of Treasury Circular 1 of 2008 which requires the purchase of all locally made or locally assembled CKD (completely knocked down) cars. 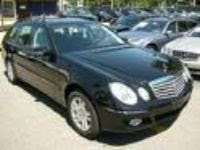 Between RM30,000 - RM175,000 for replacing gearboxes and maintenances? It could be true if these repairs were done by mechanics from the crony's workshops,where they charge oil change for RM500.00 or brake pads for RM600.00 or replacing wipers at RM300.00 a piece.

So to solve these problems the Menteri Besar, Ahmad Said came out with a bright idea, replace those Perdanas with Mercedes E200 Kompressor,that drinks petrol like tomorrow never come. While the spare parts will cost 3-4 time the cost of Perdana spare parts. Can someone teach the MB to do his mathematics right.

I think those Perdana were never being serviced but service claims ran into hundreds of thousands RM. Its not much about the car but the shoddy workmanship by compadre mechanics and their false claims were the reasons. Meanwhile, those Perdana will disposed off from between 5- 10 thousand RM a piece to the current YBs. Yes,the YBs gets Perdana cheap and drives home a brand new Mercedes E200 Kompressor......win-win situation!

Ahmad Said thinks he is smarter than Idris Jusoh...ha!ha!...

I think the MB should watch the TV series "Are you smarter than the 5th grader?