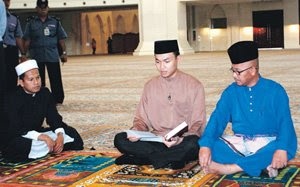 Anwar, who is a candidate in the Permatang Pauh by-election, has vehemently denied the charge and accused his political rivals of hatching a conspiracy to prevent his comeback to Parliament. 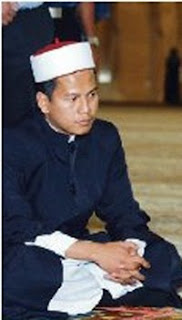 This is RAMLANG BIN PORIGI - the imam who conducted Saiful's "sumpah laknat" at the Federal Territory Mosque is in fact is JAWI's official. Rumours has it that he isnt an IMAM masjid as stated.

He is an UMNO Youth member from UMNO Cawangan Seri Machang,Bahagian Bukit Mertajam. His membership no -03405843.

Check his UMNO membership here by keying in his IC number.

You can read his Friendster profile here. 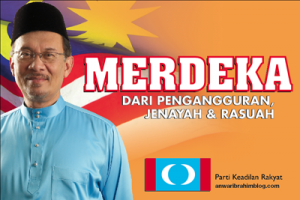 Imam still an Imam. OK? what game are you trying to tell others? for me, i respect imam either UMNO, PAS, PKR and even imam for any part of the world. Only people with narrow minded like you trying to believe what you believe.

Hei,this imam is from Sabah,lives in KL but a registered voter in Permatang Pauh?