While the new diesel price is RM2.50 from RM2.58,down by 8 cents.It is believed that the annoucement was made ahead the crucial by-election in Permatang Pauh to be held next Tuesday.

Pat Lah added,"It is the government’s hope that the reduction in petrol and diesel prices will help alleviate the burden of consumers and reduce the pressure of inflation, especially for the lower and middle income groups.

-----------------
This is nothing more than a desperate move by UMNO/BN to garner support for its candidate in the Permatang Pauh by-election. How this move can really translate into votes is left to be seen.

Btw. will the price of goods,food and transport will be lowered too? Bet you this will never happen. Once prices are up it will never come down. 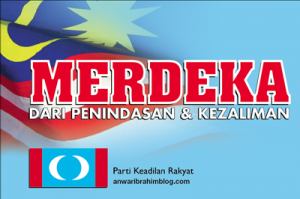 Pat Lar: 'You mean fifteen and fifty is not the same?'