Gerakan's acting president Dr Koh Tsu Koon today proposed that the adjustment of fuel prices in the country be done fortnightly instead of a monthly review. Koh, in a statement, said the government should readjust fuel prices on the first and fifteen of every month.

"A bi-monthly adjustment scheme should be adopted as the world fuel price fluctuates rather quickly and substantially," Koh said.

A more frequent adjustment, he added, will enable the benefits of price reduction to be transmitted to and benefit all consumers.

"For example, the current crude oil price has gone down to US$115 (RM383.20) per barrel which is the lowest in the last three months.

However, he warned that despite the price fluctuations, the government should keep its promise and ensure that petrol prices are no higher than RM2.70 per litre for the rest of the year.

The government had announced on Aug 2 that fuel prices would be reviewed once a month beginning Sept 1, based on the average global market price and after taking into consideration the fixed subsidy of RM0.30 per litre.During the announcement, PM Abdullah Ahmad Badawi promised that petrol prices this year would not exceed RM2.70 per litre. 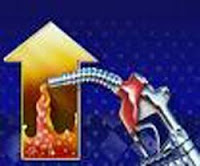 If Pat Lah thinks by lowering of fuel price will entice the voters of Permatang Pauh to vote BN, he will be in for a suprise.

BN, also will throw money around and promise to bring developments just like what they did in Ijok. I am sure the voters of Permatang Pauh are matured enough not to fall to these political ploys. Btw, just accept whatever BN can offer,your vote is sulit.........

The game has just begun and lets wait and see what gonna happen come 16th August 2008 and beyond....