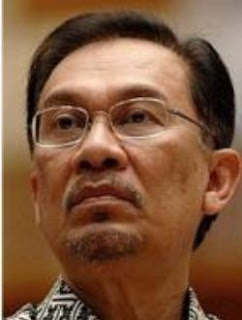 Malaysia’s opposition leader, Anwar Ibrahim, is set to be sworn in as a member of parliament two days after a landslide by-election win marked his return to mainstream politics. Anwar, a member of the Keadilan (Justice) party, won a decisive victory on Tuesday in a contest for Permatang Pauh, a constituency in his northern home state of Penang.

Pandikar Amin Mulia, the speaker of Malaysia’s lower house of parliament, said Anwar will be formally sworn in as legislator on Thursday. This will allow Anwar, a former deputy prime minister and finance minister, to attend the tabling of the annual budget in parliament on Friday by Abdullah Ahmad Badawi, Malaysia’s prime minister. His return to mainstream politics after a decade is expected to boost the opposition voice in parliament led by a loose coalition known as Pakatan Rakyat, or People’s Alliance.

“We will all be there to welcome Anwar as the leader of the opposition and the parliament will be very different with his voice,” Tian Chua, Keadilan’s information chief, told AFP on Wednesday.

“It is a real morale boost for the Pakatan Rakyat in parliament.”

Anwar’s landslide victory on Tuesday will not tip the balance of national power but he has vowed to topple the government and become the next prime minister with a promise for change. He claims there are enough MPs from the ruling Barisan Nasional coalition who are wiling to join him to form a new government by mid-September. He needs the support of 30 defectors to make this happen.

Last month Anwar’s wife, Wan Azizah Wan Ismail, who is also Keadilan president, resigned from the Permatang Pauh seat to make way for him to contest.

Anwar’s convincing win comes despite a new charge of sexual misconduct for allegedly sodomising a male aide early this year. He says the charges are part of a politically-motivated smear campaign by the government. Under Malaysian law, sodomy is illegal even if consensual, and a conviction could see Anwar jailed for up to 20 years. Anwar is scheduled to appear in court on September 10 to deny charges of sexual misconduct, which he says is a government conspiracy similar to that mounted against him 10 years ago.

In 1998 Anwar was charged with sodomy and corruption which led to his sacking from government and political office. He was later convicted on both charges and served six years in jail before the sodomy conviction was overturned in 2004. The conviction for corruption remains. Anwar has maintained that Mahathir Mohamad, the former Malaysian prime minister who was his long-time mentor, had framed him in 1998 to prevent a power struggle.

Meanwhile Dr.Mahathir said “The Permatang Pauh by-election results is a clear message for Barisan Nasional, Umno and its leaders. Within five months after the March 8 polls, Barisan lost the seat again, with a bigger majority than the last time.

“This is not only because the by-election was held in Permatang Pauh and one of the candidates was Anwar Ibrahim. I believe this will be the trend at other places as well and those who came out to vote on Tuesday had voted for the Opposition,” he said when met at his office on Wednesday.

Dr Mahathir predicted that with Anwar back in Parliament, he would be making “life very difficult” for Prime Minister Datuk Seri Abdullah Ahmad Badawi.

“I don’t think Abdullah is a match for Anwar. This man (Anwar) can convince even the devil to follow him. He is going to raise all kinds of issues and questions and will demand and pressure the Prime Minister for answers. It is going to be a tough time for Barisan,” he said.

Dr Mahathir said Abdullah, his deputy Datuk Seri Najib Tun Razak and other leaders should not close their “ears and eyes” to the people’s message and neither should they blame the Permatang Pauh defeat on sabotage or other elements.

“The people sent a message at the March 8 polls and again in the Permatang Pauh by-election. Leaders should sit up and take stock of this. They want changes and they want it quick. Not in June 2010.

“If changes are made two years from now, then Umno will face an uphill task to gain strength and the people’s confidence. If they fail to do so, then Barisan can expect defeat in the 13th general election,” he said, adding he was willing to come back to the party’s fold and work towards reviving it if Abdullah step down before the 2010 deadline.

He said Umno should be concerned that it was losing in popularity and appeal, claiming that even DAP had become more appealing to Malays, referring to former Transparency International Malaysia chairman Tunku Aziz Tunku Ibrahim becoming the DAP’s latest recruit.

However Dr.Mahathir is skeptical that Anwar would not be able to get 30 MPs to switch to the Opposition to form the government.

Malaysia’s Titanic (BN) was deemed unsinkable when it was first launched. Even when it hit an iceberg on 8 March 2008, it was so hard to accept that the ship will sink. When all efforts to save the ship from sinking was finally abandoned, the Captain (DSAB) just stood silently awaiting the fate as a forlorn man. He was hoping the Carpentia or some other nearby ships will come in time to save the passengers. It was sad to see the Captain firing off some distress flares to alert the Carpentier, but the Carpentier’s Captain (DSNTR) was just not convinced that the Titanic was in distress.

In between is a love story of Leonardo DiCaprio (DSAI) and Kate Winslet (Azizah). Azizah refused to abandon her love, even though many a times, events show she should just save herself. She held on to hopes, hoping against hope that she and her love can pull thru and both will survive this tragedy. Both suffered mentally and emotionally and in the end, it was Azizah left to tell the tale of a great man who sacrificed himself to save her.

As for the crew of the Titanic (Little Napoleons) and their friends who are rich and powerful corporate figures, who helped run the ship, did you see the desperation when they found out that the ship is really sinking. Most of them scramble to save their lives and abandon ship and some, with loads of money found they can’t buy anything they wanted, even a place on a lifeboat to save their lives (TDM migration). But not all, for there was a few brave Napoleons who tried to show they are committed to the name of Titanic (BN) and the show continues.

There was an old couple (MIC & PPP) who just lay in bed waiting for the ship to sink, abandoned by the young and too old to move around anymore. There were also musicians (MCA, PBB, LDP, PBRS, PRS, SAPP, SPDP, SUPP, UPKO) still playing the ship’s songs and died like true musicians dedicated to their role of love for the Titanic music. There were also some crew (GERAKAN) still working to plug the leaks at the bottom of the ship until they themselves died thinking they were heroes not knowing the ship cannot be saved just by plugging some holes.

Do you know who was the director of Titanic (BN) show? James Cameron (TDM).

Do you know who the Scriptwriter was? Again TDM!

Did you know this show was shown around the world?

Did you know Malaysia has some of the best actors and actresses and supporting casts?

Anyway, it was just a movie, for the real show has only just begun!