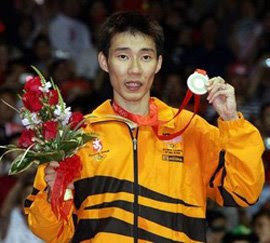 There are only two things Malaysians are concerned about this month: Olympics and the Permatang Pauh by-election.

These two events are never related to each other, except the timing.

Last Sunday was the golden weekend for the election campaign, with Anwar and Arif Shah seen busily running around in Permatang Pauh to woo the voters. That evening, Lee Chong Wei met China's Lin Dan in badminton final.

The election had to take a back seat, as voters locked themselves at home watching the final. The two candidates were well aware of the situation, so Arif squeezed himself in front of the TV set in the dining hall, cheering with everyone else for Chong Wei. Anwar, meanwhile, made a refreshment stop at a local coffee shop to cheer for the national badminton hero.

That was perhaps the only common thing both candidates were doing at the same time, a common goal that was accepted by both. Chong Wei eventually failed to bring back the gold medal, but his popularity was least affected, especially in Permatang Pauh. Both BN and Pakatan Rakyat have wanted to bring the silver-painted baby to their camps.

Moreover, he hails from Bukit Mertajam, which is close to Permatang Pauh, like KL to PJ. The distance between the two towns is so short that even locals could get confused where they actually are. Even though that is just a silver medal, it is nevertheless a national honour, and the pride of his hometown. Politicians are highly sensitive people; they wouldn't have given this opportunity a miss! 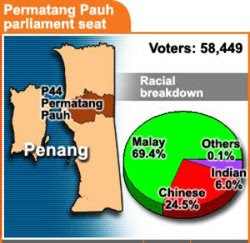 Chong Wei is a professional sportsman, and we have never heard of him getting enthusiastically involved in politics, or being familiar with politics. But then, politics go after him, and there is no way he can escape.

BN wants him. So does PKR. He couldn't have possibly pleased both camps. This is perhaps another bewilderment he has to go through after his defeat to Lin Dan.

The government instantly disburses the RM300,000 reward to him, plus monthly allowances of RM3,000 for his entire lifetime. Well, Chong Wei indeed deserves his reward, but without he realising it, he has also become a consumer item in the election campaign. To consume Lee Chong Wei, is to garner some goodwill and recognition, even to trade for some gratitude.

The speculative tactics in politics, to some extent, reflect the emptiness in the country's sports. That silver medal looks like the only gain Malaysia could harvest in Beijing. Malaysia can only count on its badminton games, especially Lee Chong Wei. Not unlike all the hopes and expectations of China being staked on Liu Xiang.

Chong Wei is a talented player that is hard to come by. It is not easy for him to get even a silver medal. He will get old, and his skills may go downhill one day. 26 years old today, will Chong Wei still have what it takes to win a gold medal in London four years down the road? Very, very difficult. Will we have another Lee Chong Wei, or Lin Dan? Not too optimistic either. To be frank, Lee Chong Wei did quite badly during the final, but then his achievement may not be repeated.

Our politicians have staked their hopes on sports to bring us national pride, as well as political gains. Having said that, the politicising of sports is what makes sports wither in Malaysia. We have a dedicated sports minister, and every sports association comes under the control of some political figures. Besides, we have even conceived the idea of setting up a training centre in UK, and employed foreigners to perk up our sports standards.

Politics has a hand in sports, and sports is made to serve politics. In the end, we have the unprofessional leading the professional. (By TAY TIAN YAN/Translated by DOMINIC LOH/Sin Chew Daily)

As the Permatang Pauh by-election hots up UMNO/BN will do anything within their means to spice up their chances of victory in this by-election. And bringing Lee Chong Wei to Permatang Pauh is nothing more a political gimmick on their part. They tried every tactics in the book to run down Anwar but ground reports indicate that the more they demonised the more support he gets.

Lee Chong Wei deserves the datukship for his scarifice to the nation. But what would you say if Saiful too gets a datukship in a distance future for the service he rendered to UMNO/BN?

Bookies are hot on trail and their bet is not when Saiful gets his datukship but on the margin of victory in the Permatang Pauh by-election. Bookers current take is 16,000 votes, i.e Anwar will win by a margin of 16,000 votes. A lesser majority means a moral victory for UMNO but anything more than 13,500 votes majority will be a hard blow to UMNO and the gomen. It will indirectly suggests that the voters view on the accusations against Anwar are deplorable and undoubtedly will "tie up" the gomen's hands. 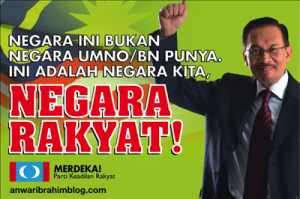