Rebel leader: We had no motive for MH17

The MH17 black boxes have been handed over to the Malaysian investigation team in Ukraine, it was revealed last night.

Malaysian Prime Minister Najib Razak said that the boxes were handed over to the Malaysian team in Donetsk at 9pm Ukraine time.

The small handing over ceremony has finally solved the question as to what had happened to the two vital devices.

It was not immediately known what the Malaysian team would do with the black boxes, but there was speculation they would pass the boxes on to experts with experience of reading the data.

Najib revealed that in recent days the team had been working quietly behind the scenes to establish contact with 'those' - a reference to the rebels - in charge of the MH17 crash site.
The contact was finally made - but he made it clear it had not been easy.

'Under difficult and fluid circumstances, we have been discussing the problems that have occupied us all - securing vital evidence from the aircraft, launching an independent investigation and above all recovering the remains of those who lost their lives.'

There had been a breakthrough, he said.

'We have established the basis of an agreement to do just that,' he said in a reference to overdoing the problems.- dailymail.uk

Russia won't speak of role in Najib-Borodai deal...
The Russian Embassy in Malaysia has refused to reveal whether Moscow helped broker a deal between Putrajaya and separatists in Ukraine.

"It is the perfect right (of Malaysia) to enter into contact with anyone who can help to resolve this situation and this contact proved to be constructive and fruitful.

"The result is the decision by the rebels to hand the black boxes to the Malaysian experts," she told a press conference at the Russian Embassy in Kuala Lumpur this morning.

Asked what  Russia's role in brokering the deal was, Vorobyeva, after a slight pause, replied: "No comment."

Najib announced after midnight today that he had been in contact with Barodai and had secured the separatists’ agreement to return the black boxes of downed Malaysia Airlines Flight MH17 and also the bodies of those who perished.

Najib's move received mixed response with some criticising the prime minister for recognising a rebel state, but the New York Times hailed the move as a "diplomatic success".

Najib said he wanted to be more vocal about the incident but noted that at times, "we must work quietly in the service of a better outcome".

'Thank-you for not blaming us'

Representatives from Malaysia also signed an agreement with Barodai to secure the black boxes and the bodies of the victims on board Flight MH17.

Flight MH17 was shot down over eastern Ukraine on July 17 with 298 people onboard.

Vorobyeva said Malaysian representatives who received the black boxes from the separatists this morning (Malaysian time) also confirmed that the devices were not tampered with.

"The black boxes have special security seals and the Malaysian experts certified thy have not been tampered with," she added.

She claimed that the separatists had wanted to allow investigators and recovery workers into the crash site but were prevented from doing so as the Ukraine government was continuing its military operations nearby.

"Kiev did not stop the bombing and fighting. Who in his right mind would want to go to an area where there are bombs (exploding) and risk being killed," she said.

Vorobyeva also thanked Malaysia for not blaming Russia for the downing of its aircraft.

"We are very appreciative of the position of the Malaysian government that is neutral and not blaming anyone before any tangible evidence is produced as a result of international investigation," she said. 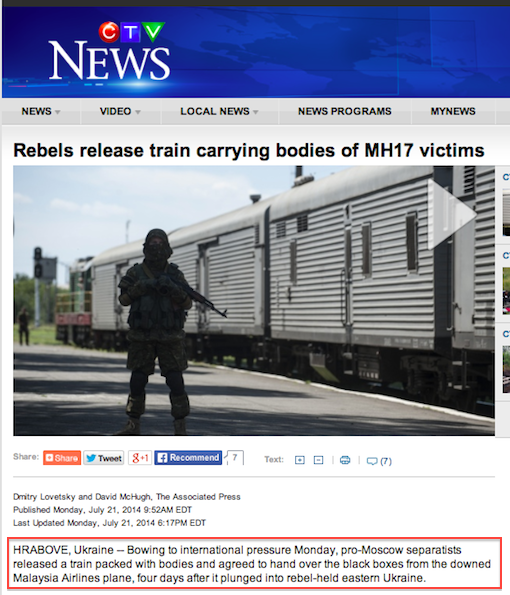 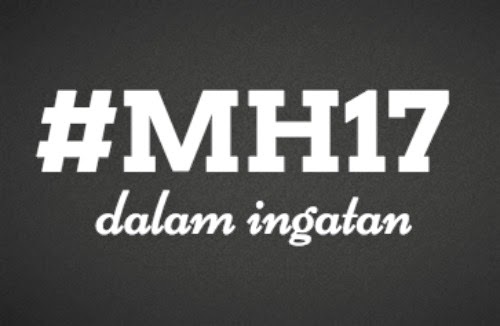