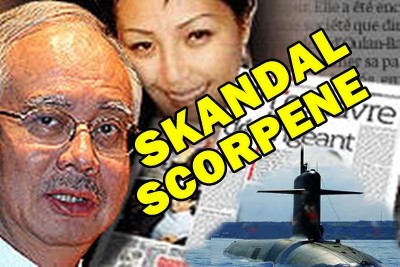 The Immigration Department has no records of ever denying entry to human rights NGO Suaram's French lawyer Joseph Breham, said the government.

“However, further checks can be done if there are details such as passport number, date of birth and the date of the incident (when Breham was denied entry),” the government said in a written reply in Parliament yesterday.

The reply, however, did not explain why Breham had been denied a work visa, which the latter claimed was the reason he could not enter Malaysia last month.

Instead, Breham had to hold a press conference in Bangkok, Thailand, on Suaram's ongoing civil case on the Malaysian purchase of submarines from French defence contractor DCNS.

DAP-Seputeh MP Teresa Kok had asked the home minister in Parliament the reason why the  immigration department had refused visas to Bourdon and Breham.

In the written reply, the government added that French nationals need not apply for a visa to enter Malaysia and are allowed here on social visit passes.

However, Breham's colleague William Bourdon who is also working on the case was deported last year for “contravening with social visit pass terms” as per Section 29(b) Immigration Rules 1963.

It reiterated that the law states that any person who without reasonable cause breaches any condition imposed on a pass would be liable to a maximum six-month jail term, a maximum RM1,000 fine or both.

As before, the government did not state how Bourdon (left) had contravened the law.

Suaram had also previously revealed that prosecutors had found fax communications indicating that Najib, who was then defence minister, had asked for USD1 billion for the company Perimekar for the duration of its stay in France in exchange for a meeting.

The government had earlier told Parliament that Perimekar, also owned by Abdul Razak, was paid 114.96 million euro (approximately RM574.8 million) for “coordination services”  provided for the purchase of the submarines.

Disbeliever - Deja Vu. Haven't I heard something familiar? Oh yes, no record of that Mongolian woman. And now no record of that French lawyer! This is ridiculously crazy. It's like a page of a comic book. No wonder, there was a comic strip depicting the PM as Superman. The whole world is watching and laughing at the stupidity of our officials. Let us kick these idiots out at the ballot box!

YF - If that Mongolian girl's details can disappear what more can be expected from the authorities that are answerable to the UMNO mafia?


antibody - It has been reported that Altantuya entry into Malaysia was also not recorded in Immigration Records, and yet her body was found burnt in Selangor somewhere. Can anyone explain that?