Asri: Royalties not divine or above criticism...

Members of the royalty are human beings too and not above criticism. This is the view of former Perlis mufti Dr Asri Zainul Abidin in his reaction to reports that former Perak Menteri Besar Nizar Jamaluddin would be investigated for airing his opinion about paying a hefty sum for car number plates.

"If the behaviour and actions of royalties cannot be questioned, we are only deifying  them and subjugating ourselves," Asri (right) said in a posting on Twitter.

Asri however added that this applied to all situations and his comments were not specific to the controversy surrounding Nizar's tweets questioning the RM520,000 spent to secure ownership of the car registration number 'WWW1'.

The Road Transport Department (JPJ) on Monday revealed that the Sultan of Johor's bid for the number was the highest, alongside bids for other 'popular' numbers under the 'WWW' series.

Another monarch, the present Yang DiPertuan Agong, settled for the number 'WWW5' for a steep RM220,000.

Amidst reactions among netizens describing such purchase as 'wasteful', Nizar had twitted that the RM520,000 would have been better used to help the poor in the state. This invited a strong reaction from the crown prince of Johor, Tunku Ismail Sultan Ibrahim, who justified the price of the number by saying that his family members had never taken "any money from the government".

Nizar (left) had since clarified that his comments were his personal view and not directed at anyone.

"That is merely my view as a citizen who observes the situation in this country, where many still live in poverty and need attention," Nizar reportedly said.

However, Johor police yesterday rushed to form a task force to investigate him for sedition, saying it was to "ensure justice".

The speed in which the Johor police acted upon the complaints against Nizar has also drawn flak, with comments by netizens on the country's high crime rate they said the authorities had failed to tackle.

Johor, a largely rural state, has one of the highest crime rates in the country, and often came out in the top three of states with most number of crimes, alongside other more urban states in the Klang Valley such as Kuala Lumpur and Selangor. In the past, negative remarks about the state's high crime rate had riled up local police and UMNO politicians.- harakahdaily 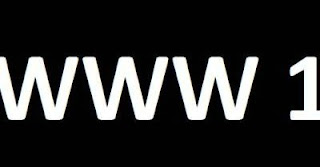 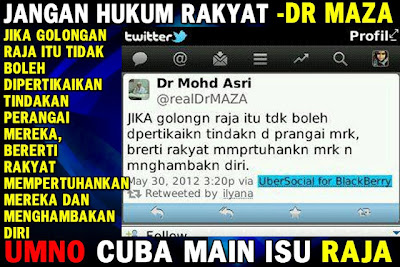