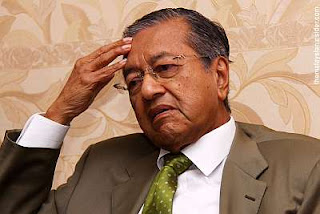 There will be a peaceful transition of government if Pakatan Rakyat wins the next general election, said Kota Belud MP Abdul Rahman Dahlan.

Speaking at the first of Malaysiakini's debate series Debatkini, the Umno MP said this was his view, based on conversations he has had with his colleagues in his own party and in the BN.

"Of course, yes (there will be a peaceful transition). We respect the wishes of the people... In no way are we creating problems in this country.

"I have spoken to my colleagues in BN and Umno. If we lose, we lose. We won't turn this state into a pariah state," he said in answer to a question from the floor.

Last night's event with the theme Is Malaysian democracy moving forward? had Rahman and Senator Gan Ping Sieu of the MCA on the BN side, with Parit Buntar MP Mujahid Yusof Rawa of PAS and and Subang MP R Sivarasa of PKR on the Pakatan Rakyat side.

Echoing the same guarantee given by Rembau MP Khairy Jamaluddin in a debate with Bersih co-chairperson Ambiga Sreenevasan recently, Rahman said BN has shown that it can do this before.

"In 2004, we almost won Kelantan. PAS won by one seat, with a majority of just two votes in that seat. Despite 20 years, when we lost, we didn't do anything. We gave it to them fair and square," he said.
'The opposition is afraid to lose'

If anything, he claimed, it was the opposition that was afraid to lose, with the violence during the April 28 Bersih rally being an indication of what was to come.

"The violence on April 28 is a warning to Malaysians that the opposition will not tolerate losing the 13th general election... if they lose they'll say it wasn't free and fair, so they will go to the streets," he said.

PKR's Sivarasa (left) responded by saying that it would be reasonable for the people to protest a rigged election.

"If (BN) wins in a free and fair manner it's okay. But it you cheat and win, oh yes, people will go on the streets. All over the world people go on the streets. No one will allow a fraudulent election," Sivarasa said to applause from the audience.

He added that if one wanted to speak of violence during April 28, one would have to acknowledge that the "real violence, that is beating people and using tear gas and water cannons... came from people wearing uniforms".

On a related matter, Rahman said Pakatan also had a poor track record in respecting the people's will, and he went to claim that PKR de facto leader attempted to "buy" 30 MPs after the 2008 general election to make his Sept 16 promise to take over Putrajaya come true.

On this, Sivarasa said that the matter should be put to rest as Pakatan "does not have money to buy 30 MPs".

However, Rahman contended that Anwar "has a lot of money" and a history of "buying" his way to power, alleging that the former deputy premier had even "bought his way up to deputy presidency" in Umno.

He also recounted his claim that an individual claiming to be Anwar's aide had tried to entice him to cross over, and for which three generations (of Rahman's family) will be well taken care of".

Asked by an audience member about the "grab of Perak" by the BN government, Rahman admitted that the transition there was not as peaceful as preferred.

Chuckling, he said "there could have been a better way to take over Perak" and that it would have been better if a vote of no confidence against then menteri besar Mohammad Nizar Jamaluddin had been taken in the state assembly.

"The Perak constitution says that the MB must enjoy majority confidence (although) I would have loved if a vote of no confidence had been taken in the state assembly, and even if it was, BN would win," he said.

"If Nizar feels he is the legitimate MB, he can call for a vote in the state assembly now and see who enjoys majority confidence," he said, noting that as a former head of the judiciary, the Perak sultan would have acted in accordance with the law.

However, Gan, who is deputy youth and sports minister and had earlier promised the audience he would address the Perak matter, remained silent on the issue. - malaysiakini

he never teach you about behaviour but how to no. 1.