“Hopefully it is not another seasonal appearance,” Ong told Malaysiakini when quizzed on the surprise announcement of Rafizi’s intentions to contest in Pandan.

Ong, who has held the Pandan parliamentary seat since 2004 and prior to that was the Ampang Jaya MP from 1989 to 2004, is a well-known figure in the locality.

However, Ong (left) said the first-time contender might be difficult to beat and no different from his previous opponents.

“Over the years, none of my opponents, ranging from the late (former Selangor menteri besar) Harun Idris, Zainal Rampak, R Sivarasa to Syed Shahir (Syed Mohamud), had ever given me easy win.

“Rafizi or others are no exception in posing a tough challenge to me in the 13th general election,” he said in an email interview.

“They lost the election and then they are gone,” he said.

In a surprise move last week, PKR leaders had revealed at a ceramah that Rafizi (right in photo) may be chosen to content in Pandan against Ong.

Rafizi, an auditor and PKR’s strategic director, has garnered popularity for his role in exposing the alleged corruption behind the National Feedlot Corporation (NFC).

Although Rafizi was coy about confirming the speculation, he let slip that he has been working the grounds for the past six months.

However, Ong said a candidate who is serious about being the people’s representative should not have waited until the “last minute”, with the election around the corner.

Ong has been touted as the BN candidate in the constituency, following his win in 2008 when only a handful of MCA candidates survived the political tsunami.

But his popularity plummeted after internal party politics saw his deputy Dr Chua Soi Lek replace him as party president.

Asked if the MCA machinery will back him in the election, despite strained ties, he said: “I made no speculation on this. The support that any candidate needs to win the seat should come from all quarters, not just within the party.

“As far as I am concerned, I choose to stay loyal to the people, and not to individual leaders of the party,” said Ong.- malaysiakini 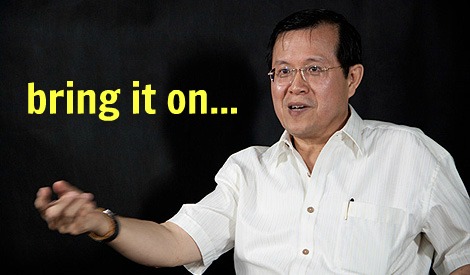 Preparing the groundwork for Rafizi in Pandan... 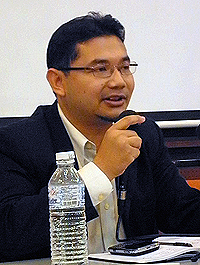 The disclosure - said to be inadvertent - that PKR strategic director Rafizi Ramli is certain to be its candidate for the parliamentary seat of Pandan in Kuala Lumpur has had supporters hoping that as Pandan goes, so will the rest of the party.

This is so because, in happy contrast with the prelude to the last general election, there is now in PKR no dearth of candidates vying for selection.

Before the last general election in March 2008, party adviser Anwar Ibrahim had virtually to go around begging supporters to contest.

The hammering the opposition took at the 2004 general election at the hands of Umno-BN, under the ‘new broom' leadership of Abdullah Ahmad Badawi, had a shriveling effect on the pool of available candidates for PKR.

Sympathisers and supporters the party had aplenty. However, from among this crowd those willing to place their fealty on the line were but a few.

The tsunami of support for the opposition at the 2008 polls has changed all that, particularly for PKR, the newest of the opposition triad whose other components are PAS and DAP.

These days PKR is rife with choice, a situation which cannot exactly be described as an embarrassment of riches but things are pretty close to that.

This situation has its downside: in some seats there are as many as four aspirants pushing their claims. In at least one constituency there are two ‘bilik gerakan' (operations centre) up and running, one for each probable.

For a party not exactly brimming with manpower and money, this is a dispersion of resources that could be better focused on fighting a ruling coalition not short of finances and its concomitant advantage - abundant hands on deck.

Besides, these days better-informed voters want to know who is it they are asked to endorse so that a suitably prior announcement of the candidate allows for keener voter appraisal of his or her merits.

This is of course the ideal situation but for PKR, which is still a work in progress, things are not yet on an even keel; too early a ventilation of candidates could excite competitive spite and invite sabotage.

So party adviser Anwar Ibrahim, who has had to endure several betrayals by one-time loyalists, would be cautious about what he would view as premature ventilation of the candidates' list.

Some of PKR's incumbent legislators are going to be dropped for reason of their poor performance and general unsuitability as politicians.

Some others who have served the party for virtually all the 13 years of its existence and who think that they merit selection will see their claims for selection ignored.

A few will find that because they have not endeared themselves to any faction within the party, they have fallen through the interstices of the selection process.

In other words, the vagaries of the selection process will yield the usual crop of deserving winners, whining losers and hapless victims. That's par for the course.

However, because PKR, among the opposition parties, suffered the most number of defections from the ranks of its elected legislators at the 2008 general election, the party has a brittle image in the eyes of the public.


This image is not helped by the intensity of the broadsides hurled from time to time at PKR by former Anwar protégés like Ezam Mohd Noor and Anuar Shaari, who are in ardent cahoots with Umno in the campaign to undermine public confidence in PKR.

Add to that the arrival (in 2009) and abrupt departure (in late 2010) of Zaid Ibrahim and one gets to appreciate the brittleness of the PKR image in the general public mind.

Of the opposition triad of PKR, PAS and DAP, the party that Umno would most like to do in is PKR because it is, though Malay-dominated, still significantly multiracial.

That is a threat to Umno that is more lethal than the dangers posed to Umno's hold on power by the exclusively Muslim PAS and the preponderantly Chinese DAP.

The inadvertent revelation that Rafizi is being tapped for the Pandan seat is being hailed as an antidote to the image that the defections from PKR over the years have saddled it with.

Rafizi is the just about the brightest star in the constellation of young talent that PKR possesses.

His work in exposing the scam overt the cattle-breeding project has won him his spurs in the national political pantheon.

The news that he is to be the PKR candidate for Pandan, if followed by disclosures such as N Surendran's (left) candidature for Padang Serai and Sim Tze Tzin's for Bayan Baru, would go a solid distance in showing the depth of ability available to the party and multiracial composition of its candidate list.

The entire PKR list need not be ventilated but progressive announcements of some candidates would underscore the point about the party's confidence in its choices and the solidity of its young corps of leaders.-Terence Netto, malaysiakini

The political assassination of Rafizi Ramli? 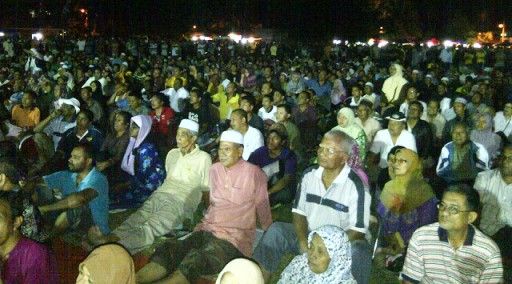 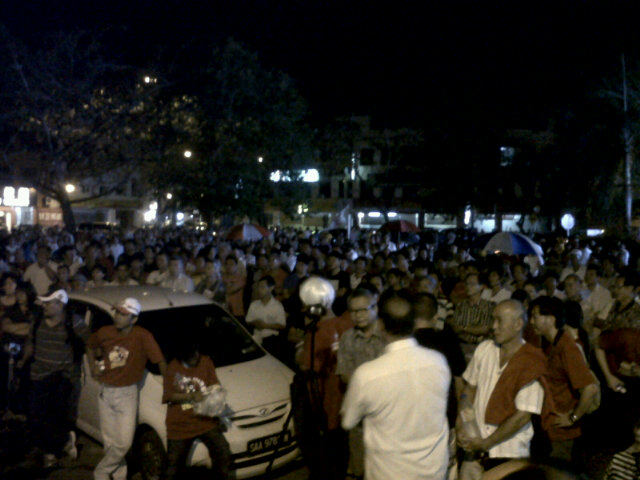 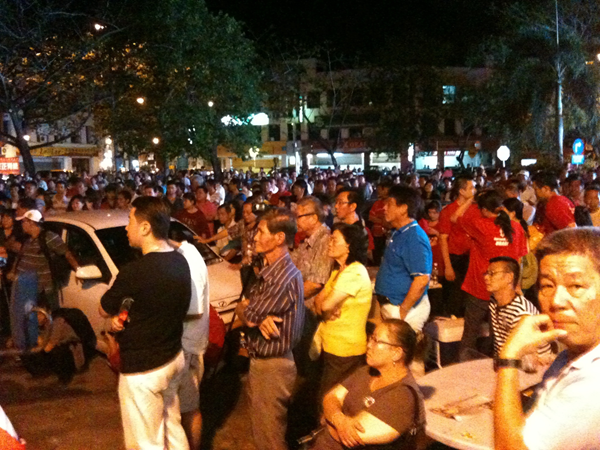