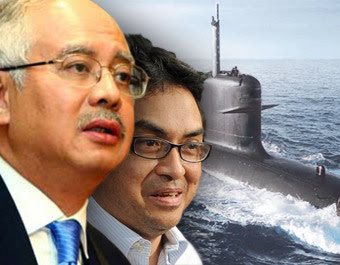 Filed under Standing Orders 18(11), it demanded that the Defence Ministry explain in detail the issue of commission paid for the purchase of the Scorpene submarines and as well as on the sale of secret documents.

Breham said French investigative judges probing the case had inquired what those payments were for and had demanded reports of financial transactions from the company, when they discovered the confidential navy document.

According to Breham, it was an evaluation for the order of the submarines.

"I urge the government to explain in detail the role of Terasasi, and that of Abdul Razak, in the transaction of the submarines," she stated in her motion. 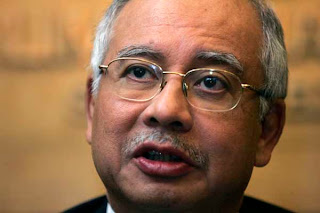 A Paris court of inquiry has started an investigation which may finally link the dots between Malaysian Prime Minister Najib Razak, his country’s purchase of two French submarines, bribes worth nearly $200 million and the murder of a Mongolian model by his bodyguards.

The in camera inquiry by judges Roger Le Loire and Serge Tournaire, who are highly experienced investigators in corruption and human rights cases, will try to discover if the French defence company DCNS and its project partner Thales International paid the bribes to secure the 2002 contract to supply two Scorpene submarines to the Malaysian navy.

Their inquiry will build on two years of investigation and evidence-gathering by French police.

The deal was done while Najib was defence minister and attention is focused on the role played by Najib’s close friend and policy adviser, Abdul Razak Baginda.

French officials have let it be known they are especially interested in two payments by the French arms dealers.

One was for 114 million euros ($148 million) and went to a Malaysian company called Perimekar for “logistical support.”

Perimekar was at the time wholly owned by a company which was controlled by Razak Baginda and his wife, Mazalinda.

The examining magistrates also want to hunt down the story behind payments worth $46 million to a company called Terasasi, which was originally incorporated in Malaysia, but then registered itself in Hong Kong where, according to the online magazine Asia Sentinel, it is listed among 142 companies at a convenience address in the Wan Chai district.

The registered directors of Terasasi are Razak Baginda and his father Abdul Malim Baginda.

Questions about the submarine deal became more intense and sharp in October 2006 after the body of Mongolian model and translator Altantuya Shaariibuu was discovered in the jungle outside Kuala Lumpur.

She had been shot in the head and an attempt then made to destroy her body with military C4 explosive.

Altantuya was the jilted lower of Razal Baginda and she had last been seen causing a scene outside his house.

A few years before she had been a model in France and in 2004 she accompanied Razal Baginda to act as translator when he was negotiating the Scorpene deal.

In a handwritten letter found after her death she said she intended to confront Razak Baginda and demand $500,000 as the price of her silence on the details of the Scorpene agreement.

Even the politically attuned Malaysian courts could not avoid this case.

But although Razak Baginda and two of then-defence minister Najib’s bodyguards, Azilah Hadri and Sirul Azhar Umar, were charged with murder the outcome was deftly finessed.

In an astonishing piece of courtroom stage management, Razak Baginda, was not required to answer to the charges of abetting Altantuya’s murder, was released and now lives in exile in Britain.

The bodyguards took the fall and have been sentenced to death. They are appealing the verdict, but that hearing has been delayed.

It is widely predicted that appeal will not be heard until after the next elections, expected in June, when, if Najib and his governing coalition are returned to power, a way may be found to acknowledge the bodyguards’ loyalty.

After failing to get a full investigation of the Scorpene affair in Malaysia, many Malaysian human rights advocates and Altantuya’s family put a lot of faith in the French investigation.

However, there was initial disappointment when it appeared that judges Le Loire and Tournaire would investigate only the bribery allegations and not look at the murder of Altantuya.

But 10 days ago the Malaysian human rights group Suaram was allowed to give the judges a private briefing. Spokesmen for the group said afterward they described the political context of the affair from the Malaysian point of view and gave the judges a list of potential witnesses.

Among them is Razak Baginda, and there are reports the judges may attempt to subpoena him from Britain. Others on the list, such as Prime Minister Najib, are unlikely to take any notice.

But Altantuya’s father, Setev Shaariibuu, says he intends to go to Paris from Mongolia and that from his last conversation with his daughter he can “connect the dots” for the judges. -
Jonathan Manthorpe, Vancouver Sun

"There is no evidence to show that it had happened.

However, I give the assurance that we will investigate thoroughly if this activity is proven because it involves national security," he was quoted by Malay daily Berita Harian.

Maintaining the allegation as baseless, Ahmad Zahid said his ministry has received no information related to the sale of any confidential document to a foreign company.

"However, it is indeed detected that information is leaked (from Malaysia) but we are investigating its development," he said.

Suaram had also revealed that French investigators found fax correspondence which indicate that Najib could have asked for US$ 1 billion for another company owned by Abdul Razak, Perimekar, for the duration of the company's stay in France.

This was allegedly in exchange for a meeting with Najib. The PM has been silent on the matter while the Navy and Deputy Prime Minister Muhyiddin Yassin, too, had declined comment.- malaysiakini 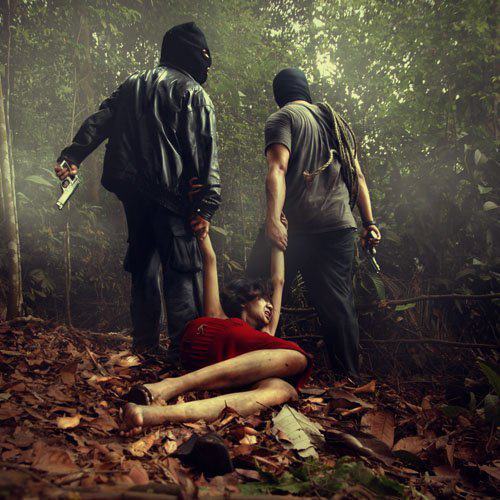