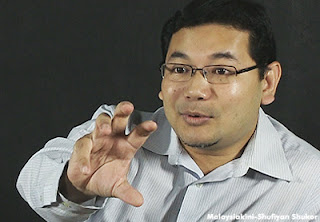 PKR has warned Prime Minister Najib Abdul Razak to come clean on the RM960 million Ampang LRT line extension project, or face an exposé similar to that which brought down the National Feedlot Corporation (NFC).

"PKR will make revelations every two days beginning today about this scandal, which will test Najib's commitment in combating corruption and abuse of power," Rafizi said in a statement.

The coming revelations, would be a response to Umno's "manipulation" of his resignation from the Selangor government to portray a rift in PKR.

Rafizi said that his resignation was purely related to his desire to focus on the general election, which is expected to be called soon.

"I advise Najib to handle this coming scandal well for the good for his administration's reputation," he said.

Rafizi was an instrumental figure in uncovering the alleged abuse of a RM250 million soft loan by the NFC bosses, who are family members of Wanita Umno chief Shahrizat Abdul Jalil.

Shahrizat was eventually not re-appointed as Women, Family and Community Development Minister and her husband Mohamad Salleh Ismail was charged with criminal breach of trust in connection with the RM250 million government soft loan to NFC.

Following this, Najib assumed Shahrizat's cabinet post, on top of his role as finance minister.

Elaborating on the "scandal", Rafizi said Najib had interfered in an open tender to ensure the George Kent consortium won the close to a billion ringgit contract for "engineering, procurement, construction, testing and commissioning of system works for the Ampang Line extension project".

"PKR has received reliable information that Najib personally interfered in this matter to ensure the contract is awarded to George Kent, even though the prime minister had promised transparency in the granting of major contracts through open tender," he said.

Citing a June 22 Business Times report quoting sources saying George Kent was tipped to win the project due to be announced in the next few days, Rafizi said the report came after Najib made clear to government leaders his intention to award the project the consortium.

"However, his intervention has raised discomfort among the management of Syarikat Prasarana Negara Bhd as it goes against the evaluation results made by the company before this," he said.

The company that actually won the bid through open tender, Rafizi said, was PDA consortium.

"This is verified through a letter dated Dec 12, 2011, from Prasarana group managing director Shahril Mokhthar informing the Finance Ministry that PDA consortium was the best contractor for the project," he said.

He said the letter was addressed directly to Najib who also helms the Finance Minsitry, and it requested that a letter of acceptance be issued to PDA consortium.

"The latest development, as reported by , confirms that Najib has acted to change the decision of Prasarana and rejected the process of open tender for mega projects that are worth billions of ringgit in taxpayers funds," Rafizi added.- malaysiakini 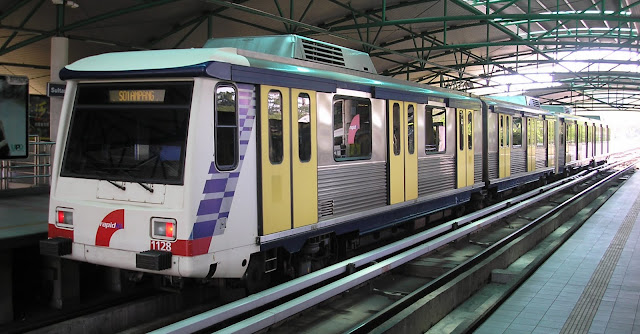