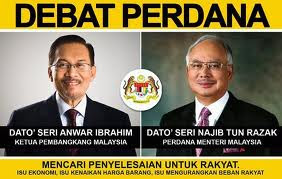 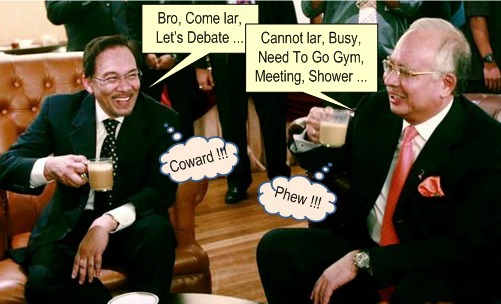 If Najib is scared to debate, just say so...

PAS has slammed Najib Razak for saying debates are not part of Malaysian culture, saying the PM should instead just admit he is afraid to engage with Opposition Leader Anwar Ibrahim.

“If he is afraid to debate with opposition leaders, then don’t say that debating is not our culture, because there are those in Umno leaders who are willing to debate.

“(If debating is not our culture) then what is?” said PAS secretary-general Mustafa Ali (right).

He was responding to Najib’s comment yesterday after chairing the Umno's supreme council meeting,  that debating was not part of Malaysia’s political culture.

According to Mustafa, Najib may be saying this because he fears that “his turn will come” since other Umno leaders such as Umno Youth chief Khairy Jamaluddin and Umno supreme council member Saifuddin Abdullah had already held debates with Pakatan leaders.

“Perhaps it may be in Najib’s mind that if there were a debate it cannot be ‘going down the ladder’ and must be ‘going up’.

“‘Going up’ (in his turn) means Najib himself. If he is scared, then just say ‘I’m scared’,” said Mustafa while laughing sarcastically.

He added Najib’s claim was also not accurate because Islam encourages debate as something which should be done.

“There are verses in the Quran stating that if you debate, then debate in the best way,” he said.

On another matter, Mustafa said if Najib were to hold the next general election during the haj season, it would be treasonous to Islam.

He added that the move would deprive over 30,000 Muslims from their right to vote.

issue would not arise at all if Najib would only, as a Muslim himself, guarantee that the election will not fall during the holy season out of respect for the sensitivites and obligations of Muslims.

“Najib, as a Muslim PM, if he understood (the issue) and decided that the election would not fall during haj season, the polemic would die down,” he said.

Mustafa added that should Pakatan take over government, they would not only guarantee that the elections would not fall during the haj period, but that it would also give ample notice of election dates.

Yesterday Najib defended the possibility of the next GE falling during the haj season saying BN had done it before in 1986.

PAS had been criticised for calling on its supporters to delay their haj and vote during the coming election, that may fall during the holy season.

In their defence, they maintained that the problem would not arise if the Muslim-majority BN government would only inform voters of the election date in advance, and give assurance that it would not be held during the haj period.- malaysiakini 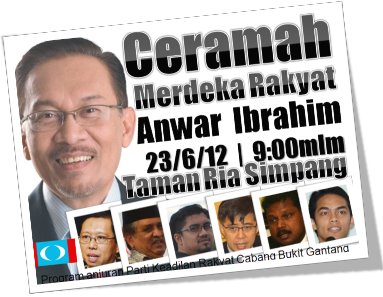 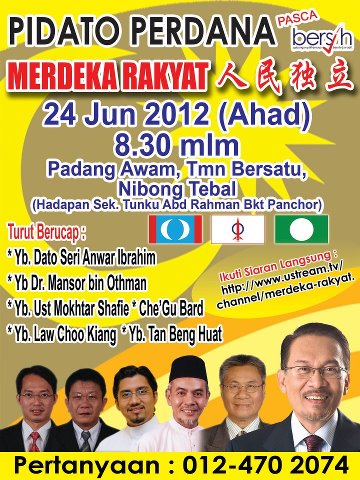