The government must explain the role of Terasasi (Hong Kong) Sdn Bhd that has allegedly sold Malaysian state secrets to a French company in the RM4 billion Scorpene deal, said Suaram.

"So far, the role of Terasasi has not been explained in the Malaysian Parliament.


"The Malaysian government must explain this and the role played by Abdul Razak Baginda in this transaction (related to the Scorpene evaluation papers)," said Suaram director Kua Kia Soong (right).

Abdul Razak and his father are directors of Terasasi, a company whose name has surfaced in a French corruption investigation filed by Suaram against Paris-based shipbuilder DCNS into its sale of two Scorpene submarines to Malaysia.

Terasasi is alleged to have received 36 million euro (RM142 million) from DCNS for among others, the ‘sale’ of a highly confidential report comprising the Malaysian Navy's evaluation for the order of the submarines.

Kua, in an email to Malaysiakini yesterday, said this allegation is an "elephant in Parliament" that warrants a full inquiry into such a "serious lapse in national security".

"Top officials from the Defence Ministry and the navy’s top brass must also be questioned in a full inquiry into this leak," he said, adding that these top officers are the ones who would normally have access to the confidential documents.

Kua added that the possession of such documents by a private company is in itself a serious offense under the Official Secrets Act (OSA), and the allegation of selling it to foreign companies could well earn the maximum penalty of life imprisonment if proven true.

He said that while many documents in Malaysia are classified as secret under the OSA, military secrets would rank at the top of the list, thus the heavy penalty.

"This is surely an allegation that our MACC must also act on. So, if these allegations are proven, the directors of Terasasi should be arrested not only for treason but also for corruption," he said.

The evaluation document, he said, is highly sought after by arms dealers in US, UK, Russia, France and Italy who may bid for it to "get into the minds of the Malaysian military" to set their sales pitch accordingly.

"A recent example is the keen competition for the 126 jet fighters India wanted between the British company Eurocopter's Typhoons and the French's Rafael.

“In the end, the French won the deal to the great disappointment of the British.

"Can you imagine the size of the deal? Now if Eurocopter had access to Indian military secrets regarding their air defence thinking, they could have set their sales pitch and prices differently," he said.

Impressing on the gravity of the allegation, Kua said the government had in the past detained thousands of Malaysians including himself for being "threats to national security" but has yet to lift a finger on the alleged sale of military secrets to a foreign company.

The payment made to Terasasi is said to be for "commercial engineering" works in the Scorpene deal, but attempts to uncover the true nature of the operations of the company - that an Asia Sentinel report had described as a “mysterious company” - by tracing it back to Hong Kong could not shed light on it.

Compounding the mystery surrounding Terasasi is that the government had in 2007 told Parliament that another company, Malaysian-based Perimekar, also indirectly owned by Abdul Razak Baginda ( above) - a close associate of Prime Minister Najib Abdul Razak - had been granted a six-year contract worth 114 million euro (RM450 million) for "coordination services" in the Scorpene deal.

Abdul Razak Baginda was in 2007 charged for abetting in the murder of Mongolian national Altantuya Shaariibuu, believed to be an interpreter for the submarine deal as she she was fluent in French.

However, he was cleared by the courts without having to call his defence and is now residing in UK. 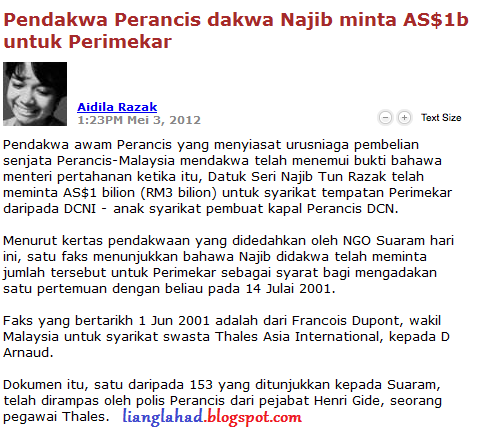 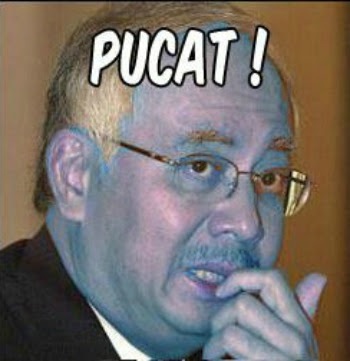