Mat Zain - "Musa had no concrete evidence against Anwar"...

Former inspector-general of police Musa Hassan's statements made in yesterday's interview with Malaysiakini on the Sodomy I case against former deputy prime minister Anwar Ibrahim are seen "as an afterthought".


On this issue, Musa should have stuck to his evidence given in the trial, his statement to the KL CID investigating team, his own suit against Anwar and the statement given by Mohd Rodwan Yusof, former Kuala Lumpur CID chief Mat Zain Ibrahim said.

Mat Zain, who was the investigating officer in Anwar Ibrahim's black eye case in 1998, said Anwar while in police custody gave his consent for his blood sample to be taken on Sept 28, 1998, for a HIV test by a Hospital Kuala Lumpur (HKL) doctor.

Mat Zain said the sample was taken and given according to procedures. However, the sample taken for HIV test was taken away, without the doctor's consent on Oct 15, 1998, for DNA tests as well.

"The doctor should have insisted that the blood sample taken for the HIV test is not suitable for the DNA test, since the procedure for DNA test samples must follow certain protocol," he said.

Now that Musa had admitted to having used the blood sample for DNA tests with samples taken from the mattress, "then it is as good as him (Musa) admitting that he did not have concrete evidence" when he briefed the then prime minister Dr Mahathir Mohamad. 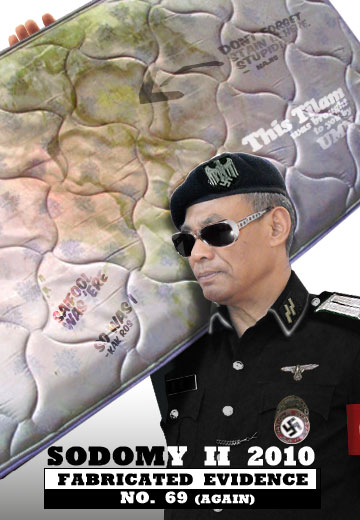 "Otherwise, why would Musa want to steal the blood sample from HKL and do the DNA tests on the mattress if he had all the evidence when he briefed Dr Mahathir?" Mat Zain asked.

Mat Zain said it should be remembered that the DNA test was already done at that time and Anwar had already been charged and trial was about to begin in less than a month.

He also noted that the DNA evidence gathered from the mattress was eventually expunged when chemist Lim Kong Boon acknowledged that the evidence could be planted.

In the Malaysiakini interview yesterday, Musa admitted that he took blood samples to conduct the HIV test and it was also used for DNA testing.

This was because, the former IGP said, he had to conduct a full investigation as there were many allegations made in the book "50 reasons why Anwar cannot be PM".

Without mincing his words, Mat Zain also described Musa's warning to his (Musa's) younger brother Fuad not to interfere in the police investigations as "a good drama script"

"If Musa really would arrest his own brother, then he should have arrested present attorney-general Abdul Gani Patail and HKL doctor Dr Abdul Rahman Yusof for fabricating evidence on the black eye investigation."

The fabricated reports are easily accessible as they are in the public domain.

Mat Zain also said if Musa was honest to himself and the police, he should have supported calls for a tribunal to investigate the allegations made against him and Gani to clear the long-standing disputes.

"The guilty ones must be punished, no matter who they are. Musa knows the various PMs and the Yang di-Pertuan Agong personally. He should not be afraid if he is totally clear of any wrongdoing," the former KL CID chief challenged.

Absolving himself, Gani and Najib

After having read Musa's statement on the Altantuya murder case as well, Mat Zain said, it was now more clear that Musa's willingness to speak to Malaysiakini on various ‘subjects', and published in parts, was to clear himself, Gani and Prime Minister Najib Abdul Razak through the media in view of the coming general election - and possibly revive his younger brother Fuad's political profile and ambition as well.

He said, Musa brought up Fuad's name "out of the blue", when speaking about his role in Sodomy I. Fuad was a former Hulu Kelang assemblyperson and in the 1990s was considered a rising star and possibly, a Selangor menteri besar in the making.

"However, Fuad's dream of becoming at least an state executive councillor was shattered when he lost to Azmin Ali in the 1999 general election, garnering just 8,039 votes against Azmin's 9,185. After that defeat Fuad never recovered politically.

"I can't say whether there is any correlation between Musa suddenly bringing up his brother's name at this point in time and the resurfacing of Azmin Ali's 17-year-old corruption case, which has been reopened by Malaysian Anti-Corruption Commission. But the facts are there and I leave it to the people to make their own assessment," Mat Zain said.

Musa's statement that the HKL doctor, Abdul Rahman, was appointed by former attorney-general, the late Mohtar Abdullah, was another distortion of facts, he added.
He said Abdul Rahman was appointed on Oct 26, 1998, by Gani, who was then a senior deputy public prosecutor in the AG's Chambers.

"This fact is clearly stated in Dr Abdul Rahman's first expert report prepared on Abdul Gani's instructions. The doctor's appointment was made despite my objections.

"I have discovered that Dr Abdul Rahman was under police investigation for ‘criminal intimidation', based on a report lodged against him by another doctor who prepared Anwar's official medical report."

"Mohtar then ‘reappointed' Dr Abdul Rahman on Dec 1, 1998, to cover up the first appointment that was made by Gani. Dr Abdul Rahman, then went on to prepare another two more expert reports which contradict each other, making three expert reports in all, including the one instructed by Gani, although the doctor appointed by the AG did not make any physical examination on Anwar," Mat Zain revealed.

Abdul Rahman, the former top cop said, went on to give his evidence in the Royal Commission of Inquiry, which contradicted not only his expert report but his statement to the police as well.

This, Mat Zain said, was a clear cut perjury but no action was taken against Abdul Rahman.

Musa, he added, also claimed the AG Chambers did not have any intention of fabricating evidence in the black-eye investigation and that it had the right to call its own experts.

"To this I must say that if Gani did not have any intention of fabricating evidence, then he would not have arm-twisted Dr Abdul Rahman into preparing those three expert reports. Gani knew Dr Abdul Rahman was under police investigations as I told him.

"Musa also cannot deny the fact that he and Gani were present at the 30th floor of the Bukit Aman police headquarters on the night of the black-eye incident and they would have known what exactly happened in the lock-up that night.

"They must realise that any attempt to change the true facts which they both knew as the truth is mere distortion of facts.

"Again, I would suggest that Musa insists that Najib seeks the Agong's consent to have a tribunal set to investigate this matter and see whether Gani and Musa himself can be cleared or otherwise," Mat Zain added.- malaysiakini 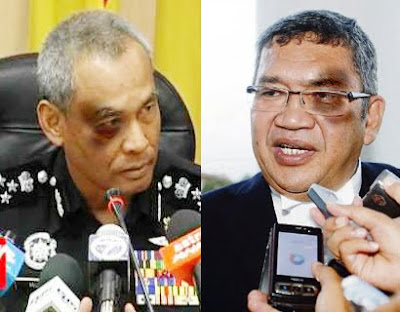 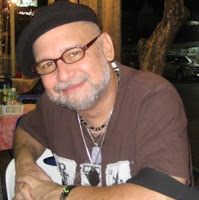 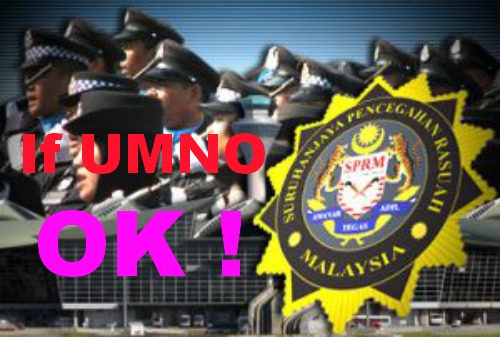