He claimed trial to the charge, under Section 97 of the Banking and Financial Institutions Act (Bafia), of having disclosed the financial accounts held by Public Bank to two reporters, one of them Erle Martin Carvalhoe of The Star.

The accounts were identified as the customer profiles of NFC, Meatworks, Agroscience and Mohd Salleh.

Rafizi (left) is alleged to have disclosed the accounts at the PKR headquarters in Tropicana on March 7 this year.

If found guilty he faces a jail term of three years or a RM3 million fine.

The prosecution applied for Rafizi's passport to be surrendered to the court as this is a non-bailable offence.

Judge Aslam Zainuddin fixed bail at RM15,000 with one surety, and fixed mention of the case on Sept 10.

Rafizi was arrested today by five police personnel and five Bank Negara officers, who arrived at his house in Bukit Antarabangsa at 6.50am.

"I am now arrested under (Bafia) and will be taken to court right now," he had said in a text-message to Malaysiakini at the time.

Rafizi was allowed time to have a shower, before he was escorted to the Hulu Kelang police station.

He arrived at the court about 9.20am, where the case was registered.

Met when he arrived in court, Rafizi queried the timing of the action, since the Bafia probe had been carried out "a long time ago".

He posited that this could have something to do with his more recent revelations on the Ampang LRT extension project, as it was announced yesterday that the contract has been awarded to a consortium led by George Kent (Malaysia) Bhd.


"(Is it) mere coincidence that the contract for the Ampang LRT extension to George Kent was announced yesterday and I was picked up this morning?

"Next week I will be facing the (hearing of the Shahrizat Abdul Jalil) defamation suit."

Shahrizat is married to Mohamad Salleh Ismail, who chairs NFC and runs it with their three children.

NFC had received a RM250 million soft loan for the National Feedlot Centre project to produce beef, but the auditor-general found that targets were not being met.

Bank Negara started investigations after Mohamad Salleh’s police report against Rafizi for 21 alleged breaches of private and confidential banking details that are protected under Part XIII of Bafia on secrecy and information.

Mohamad Salleh himself has been charged with two counts of criminal breach of trust (CBT) and two alleged offences under the Companies Act 1965 involving a total of RM49.7 million, related to the purchase of two luxury condominium units.- malaysiakini

PKR strategy director Rafizi Ramli was charged at the Shah Alam Sessions Court this morning for revealing confidential banking details in relation to the NFC scandal.

He was charged under section 97(1) of the Banks and Financial Institutions Act (BAFIA) which carries a maximum jail sentence of three years and a RM3 million in fine.

He has allegedly breached the secrecy provisions of the Act by producing, divulging, revealing, publishing or otherwise disclosing, of any information or document whatsoever relating to the affairs or account of a banking customer.

Rafizi pleaded not guilty and was granted bail at RM15,000 with one bailor. Judge Aslam Zainuddin fixed Sept 10 to mention the case.

Rafizi was represented by N Surendran and Puspawati Rosman while the prosecution was led by DPP Nahra Dollah and Normie Faizura Aminuddin.

He was earlier arrested this morning at the Hulu Klang police station after Bank Negara formally lodged a report against him. Earlier this morning the police raided his home and detained him.

“Here’s my 1st reaction at being arrested: Damn GeorgeKent. @NajibRazak must surely love his golf buddy to risk this public relations mess,” wrote Rafizi on his Twitter message.
PKR vice president and lawyer Surendran however confirmed that the arrest was in relation to Rafizi’s National Feedlot Centre exposure.

Meanwhile Rafizi also in a Twitter message said that one Johari Mohamad would also be jointly charged.

Johari, a former employee of Public Bank, was also charged under the BAFIA law for allegedly revealing banking documents of a customer to Rafizi.

He too claimed trial and has been released on a RM15,000 bail.

“Rafizi has been charged for allegedly breaching the Banking and Financial Institution Act when he exposed some of the worst abuses by National Feedlot Corporation (NFC).

“Rafizi has led the charge to expose a long list of wrong-doings by the company and its directors, who are the husband and children of Shahrizat Abdul Jalil, the recently resigned Minister of Women, Family and Community Development.

“Despite the overwhelming evidence exposed to date, only Shahrizat’s husband, Mohamad Salleh has been brought to court, and even then only on two 2 key charges – for misappropriating RM40 million of NFC’s money, and for acquiring 2 units of luxury condominium in One Menerung, Bangsar, Kuala Lumpur for RM13.5 million,” he said in a statement.

Pua added that the authorities had failed to act on Rafizi’s exposes, and instead of pursuing the culprits who have abused the RM250 million government soft loan extended to NFC, “the government has chosen to exact revenge on the whistle-blower Rafizi”.-FMT 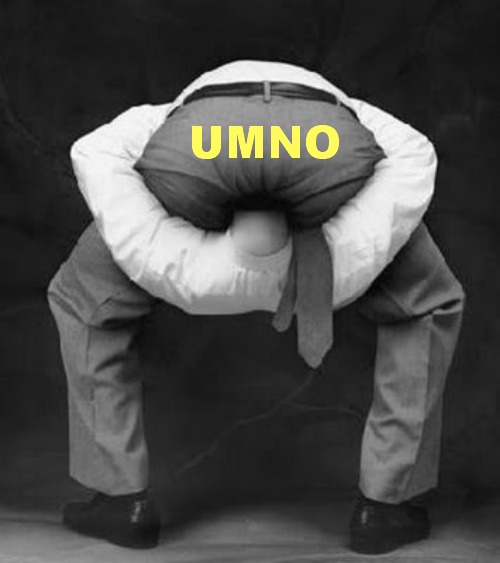 RockaBilly - This is justice UMNO style, lock up the innocent and protect the corrupt. Congartulations to PM Najib and his gang of merry men.

kazakh - let's burn Najis's WHISTLE BLOWER'S ACT....It is clearly a useless piece of Enactment intended only for show and not to protect the person acting in the best interest of the country...people like RAFIZI...

Anonymous #84886635 - the whilsteblower is charged BUT the offender and corrupted is free. Malaysia Boleh ….. Mr Najib's transformation program. Our children will now grow up and tell us it is OK to be corrupted.

Yeo Eng Khean - RAKYAT SOKONG RAFIZI ... Kami bantah this action of "g ...oing after the whistle-blower instead of the crooks"

SMC77 - Rafizi: Please stay strong and fight like a real warrior. We are behind you.

Anonymous #04962611 - Let's create a symbolic donation of RM1 towards a fund for the defence of Rafizi.It is not the money that matter but as "symbolic" to create the public awareness towards this case.Will someone get the ball rolling?