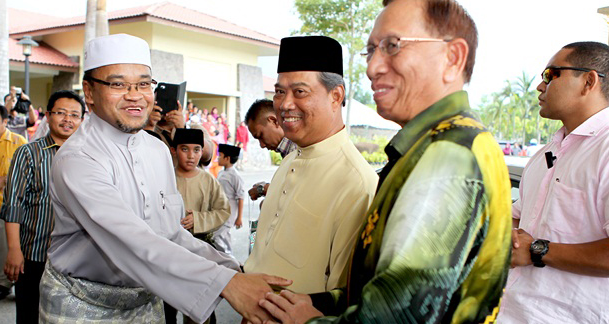 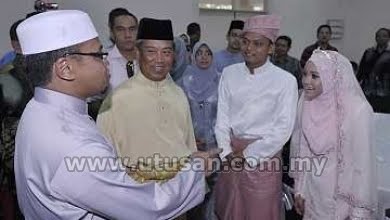 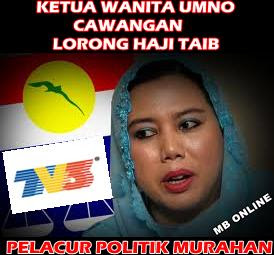 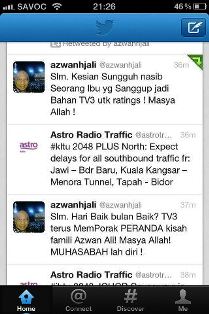 Penang Chief Minister Lim Guan Eng has ordered the developer who sent an eviction notice on the eve of Hari Raya to 22 villagers to vacate their homes in Batu Uban to withdraw the letter.

Lim, who was in South Korea on an official visit when he first heard of the matter, said he was shocked that the developer had told the villagers to vacate their homes by Aug 31, which is Merdeka Day.

State PAS land and development bureau chief Iszuree Ibrahim had informed Lim about the matter via a SMS message, and the CM had then replied that he would meet with the villagers upon his return.

"At first, I could not believe what I heard - what kind of human being is this? This act is not acceptable by anyone," said Lim at a dialogue with the residents in Batu Uban yesterday.

"The residents were asked to leave their homes by Aug 31. There seems to be no Merdeka spirit in the developer," he added.

"We achieved Independence on Aug 31 from the British colonisers, but we do not want to replace them with local people who are even crueler," he stressed.

Developer may be blacklisted

Lim warned the lawyer representing the developer to request his client to withdraw the eviction notice received by the villagers on Aug 17 "or else we will blacklist him and he will no longer be able to do business in Penang".

The villagers applauded on hearing the tough talk from Lim.

The chief minister added that if the developer failed to comply with the order, the Penang Municipal Council and Land Office would be directed to be on standby at the site to prevent the eviction from taking place.

"Please do not be greedy and please do not force the state government to take further action," Lim warned the developer.

In the lawyer's letter, the developer said that discussions, which began three years ago between the two parties, have concluded.

It added that since the 22 villagers have rejected the developer's offer of compensation made on July 30, they were required to vacate the land by Aug 31.

No black and white offer

Iszuree (below), who is also MPPP councillor, said negotiations for proper compensation between developer and the affected villagers - 48 in total - had not concluded officially, although 26 have agreed to accept the developer's offer.

He added that the remaining 22 families have no problems with the proposed development, but are demanding for a temporary home in the same area and a replacement unit or flat which should be at least 700sq ft in size.

Meanwhile, Lim alleged the developer was bold in taking action because he had strong political backing from "you know who".

When Lim said this, a villager cried: "Just say it, tell us who they are!"

The Penang CM however merely replied, "You and I know."

He added that even if certain companies had strong support from political leaders from either side of the divide, rule of law must be complied with and humanity shown.- malaysiakini

When Selangor DAP’s Ng Suee Lim told party veterans in 1999 that the Sekinchan state seat - then a MCA stronghold - could be won, he managed to earn their support, but not before raising eyebrows.

He has since won and held the constituency for two consecutive terms, even holding fast against BN’s sweeping victory in the 2004 general election.

Ng is noted for his fluency in Malay and Javanese, making him a popular speaker at ceramahs.

“(Over the last) one and a half years, I have spent about 20 days of each month (out of town in places like) Jeli, Ketereh and Kemaman ... Malay areas especially. Every month I go (to Johor) because (there are) many Javanese (there) ....,” he said in an interview.

He picked up the two languages from his hometown in Kampung Tok Muda, Kapar, where he lived at the border of a Chinese Malaysian village.

His neighbour was of Javanese origin, an Umno leader who had used his position to obtain a contract to operate a canteen at a nearby power station.

Ng worked there for a number of years in the 1980s, while he was in primary school. Coming from a poor family, he worked whenever he could and was reluctant to go home because of the food and wage.

He was always spoiling for a fight, which would get him in trouble with colleagues who were all of Javanese descent.

“I liked to debate. I liked to fight,” he said, explaining that the workers often raised issues that belittled Chinese Malaysians as being pendatang (immigrants).

“The shouting and the arguing would go on for a while. I could catch on to the way the Javanese scolded me. Eventually, I used Javanase against them. That is the way (to take them on).”

Ng’s political interest started in 1986 when he was in Standard Six. His uncle, being poorly educated and a supporter of DAP leader Lim Kit Siang, needed help with understanding speeches by Lim and other speakers.

“He found that I was interested in reading about politics in the newspapers, so he (took) me along (to events). When he bought tickets (for fundraising dinners), he would buy two, one for me and one for him.”

He began to understand the problems in national policies, and his interest in politics and in the DAP grew.

He joined the party immediately after leaving Upper Six in 1994, and founded a DAP branch in Kapar soon after, becoming its branch chief.

Even before leaving school, he had helped DAP candidate Wee Choo Kiong to campaign in Klang during the 1986 general election, and Fong Kui Lun in the same constituency in 1990 and 1995.

However, he himself only became active in politics in 1998, after Anwar Ibrahim was sacked as deputy premier and from Umno.

“Although I was with DAP, I saw the way (then premier Dr) Mahathir (Mohamad) treated Anwar and found it unacceptable. I said it was wrong. Cruel.

“Then, I attended every (reformasi) street rally. (The use of) chemically laced water, water cannon and tear gas was the norm. (I was there at the ) Kesas Highway (demonstration) and everything ....”

When the 1999 general election came around, the DAP found itself lacking candidates who were willing to contest in Sekinchan. Local party leaders told Selangor DAP to bring in candidates from elsewhere.

“They said (the party’s candidates) kept losing, so they didn’t want to contest any more,” Ng explained.

Ng, then in his 20s, was approached by Selangor DAP secretary Teng Chang Khim for the task that no one else wanted, just three days before nomination day.

But when he arrived in Sekinchan, local leaders voiced their objections.

When Teng (right) asked if he was willing to campaign without their support, Ng replied: “We’ll try our luck and see. Just throw money at it. Deposit.”

Teng then convinced the local leaders to allow Teng to contest. Even then, he had to raise his own campaign funds. He lost by 2,044 votes but kept his deposit.

Ng said he soon realised what had gone wrong during his campaign.

“When I was greeting people, they scolded me. They said, ‘Who are you? We have never seen you before. You DAP are a seasonal election party. When it is election season, you come out. No elections, you disappear’.

“They were right. Back then, many DAP candidates were outsiders, all of whom promptly disappeared after being defeated. There was no concerted effort to build up our party machinery... (so) we had to work (on that).”

He convinced local party leaders, all of whom were old enough to be his father, that Sekinchan could be won and pledged to visit the area every few weeks, if they were willing to help.

Despite their misgivings, they agreed.

“If there was a problem, I would complain and call the press over. If there were no complaints, we would have a drink together at the shops,” he said.

Ng explained that, unlike urban voters, rural constituents prioritise relationships and need to see their representatives often or they would get angry.

“So what we did here (in Sekinchan was carried out) step-by step. It was not easy. This was a MCA stronghold.”

Finding it difficult to explain the issue to the community, Ng decided to put his passion for travelling and his previous experience as a part-time tour guide to good use.

“I took them to Kelantan,” he said.

The curious locals readily paid for the three-day, two-night tour to see the situation under the PAS-led government, and found that all remains well for Chinese Malaysian residents.

“They can eat pork and drink beer. It was an eye-opener. They would no longer believe MCA.”

Among the places visited were Kota Baru where pork is openly sold next to Malay shops, Tumpat which has the tallest statue of Buddha in Southeast Asia, and the modest home of PAS spiritual leader Nik Abdul Aziz Nik Mat, who is also the menteri besar.

“They could talk about it in the coffee shops, (saying) ‘MCA lied ...who said eating pork is forbidden? Who said we could not drink Carlsberg? We drank Carlsberg in Kota Baru at night!’ ..”

These tourists became spokespersons, and would also remember Ng.

Ng organised a visit to Khir’s mansion at his constituents’ request, so they could see it for themselves.

In 2004, he won Sekinchan by a slim majority of 344 votes and defended his seat in 2008, after which Pakatan Rakyat formed the state government.
It was a lonely time for Ng's maiden appearance in the state legislative assembly in 2004 because he had only Teng for company on the opposition bench.

“These are two different worlds, from being (in) the opposition to being (in) the government,” he said.
Ng said he is now able to propose infrastructure projects and provide welfare services when, in his previous role, he was only able to provide checks and balances.

“Now I am happy that, (over the last) four years, the infrastructure in Sekinchan in terms of drainage, irrigation and roads have almost all been upgraded in stages, according to financial capacity,” he said.- malaysiakini 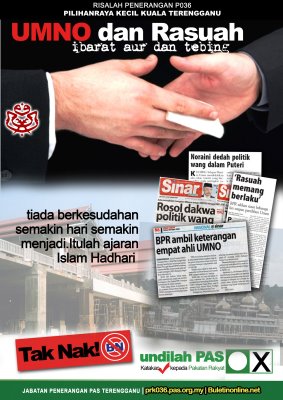