Lee Chong Wei,we are proud of you...

But sad though Malaysians were, few were angry with the 29-year-old Chong Wei because it was clear he tried his best. However, Lin Dan was in top form, using his superior height, strength and thunderbolt smashes to win in 3 sets 15-21. 21-10 and 21-19.

For Chong Wei, this is his second Olympics silver. He had also lost to Lin Dan in the finals of the Beijing Olympics in 2008.

As Malaysians began trooping home from the 'Mamak' shops that dot the nation and other food outlets that had TV screens showing the live telecast, politicians from both sides of the divide began broadcasting on social media networks their sympathies to Chong Wei, whom they agreed had fought a brave fight.

As for Rosmah Mansor, the Prime Minister's wife who controversially flew over to London the night before to cheer on Chong Wei, many political watchers could not help but wonder - was it her fault that Chong Wei lost?

Did she add to the already pressure cooker-like atmosphere in the Malaysian badminton camp?

In all fairness, that may be unlikely given that Chong Wei is a seasoned professional used to intense international competition.

However, even if Chong Wei had won, Rosmah would still face a grilling when she returns from London. After all, her trip was deemed unnecessary and the costs for it should not be passed onto taxpayers.

"If it had been at her own expense, then that's up to her as long as she didn't add to Chong Wei's stress. If it was on public money and given the historical records of her habits of being a 'free-loader', she should be more circumspect," PAS MP for Kuala Selangor Dzulkefly Ahmad told Malaysia Chronicle.

"Tough times are ahead for us all with the global slowdown in swing and Rosmah as the PM's wife should set a more responsible example at a time when we should be advising folks to go easy on luxuries and the unnecessary."


Other comments from leaders on Twitter are appended below...


Ambiga Sreenevasan, Bersih co-chairman
My heart goes out to our fellow Malaysian who fought so hard @Lee_C_Wei. Yet he has every reason to be proud! We are proud!


Najib Razak, Prime Minister
.@Lee_C_Wei gave his best tonight against Lin Dan. All Malaysians are very proud of you!


Khairy Jamaluddin, Umno MP for Rembau
Really hurts bad when we lose narrowly. Because we thought just maybe this time. Just maybe...Damn proud of you, Lee Chong Wei. Malaysia's pride. Congratulations to China and Lin Dan. So close. Too close. 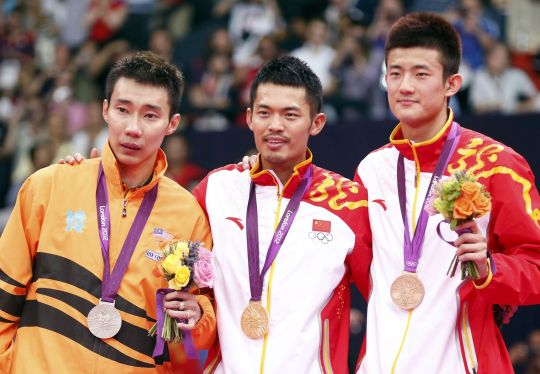 If Malaysia wins her first-ever gold at the London 2012 Olympics, Baskin-Robbins, in supporting Media Prima Bhd's "Dream of Gold" initiative, will give out free ice-cream nationwide.

The ice-creams will be available on Aug 8 at all 61 Baskin-Robbins outlets nationwide (excluding two kiosks at Pantai Hospital in Bangsar and Genting Theme Park) from 8 pm till 10 pm.

Every Malaysian is entitled to one scoop of the ice-cream. Now, kita menjilat jari saja le...