An angry Mahathir solely blamed Pat Lah for the drubbing BN/UMNO experienced during the recent 12th general election. Below is a reproduce text of Mahathir's letter that appeared in the Sun,9th May 2008. Read on.....

Why BN and Umno performed miserably by Dr Mahathir Mohamad

DATUK Seri Abdullah Ahmad Badawi, the president of Umno, chairman of the Barisan Nasional and Prime Minister of Malaysia has blamed everyone else except himself for the miserable performance of the coalition in the 12th general election. He has blamed the whole electorate for not wanting him to get a two-thirds majority; BN members and Umno members in Kedah and Perak for sabotage; Tengku Razaleigh Hamzah for BN’s defeat in Kelantan and myself for speaking against him and his government.

He is not too far wrong. There is a lot of truth in what he says. I know that many Umno members voted for the Opposition. I admit that what I said may have influenced some of them into doing the unthinkable. But the more important question is why did they do this. Umno members had always been loyal to the party. They would never vote for the Opposition, particularly PAS and DAP. Yet they did in the 2008 general election. How else could the Opposition parties win if they did not get the votes of BN supporters? The reduction in the votes for BN candidates very nearly matches the increase in votes for the opposition parties.

In the last 50 years and 11 general elections Umno members and the average Malaysian had never failed to support Umno or the Alliance/BN. Except for 1969 when the Chinese withdrew their support, the Alliance and the BN had won a two-thirds majority every time. Neither Tunku Abdul Rahman (the 1969 general election excepted), nor Tun Razak, nor Tun Hussein Onn, nor yours truly had won less than two-thirds. Certainly we never had occasion to accuse Umno members of sabotaging their party. Yet Abdullah, by his own admission, has apparently been “sabotaged” by Umno members.

Umno members did not want their party to lose. But they needed to send a message to Abdullah and his coterie of “Yes Men”. They could not speak their minds because all avenues were closed to them. Delegates to the Umno General Assembly were chosen because they would not criticise the president. My son Mukhriz had commented that there was nothing new in the president’s speech in 2006 and he was called up by the Umno Youth Committee, was scolded and told to choose between his father and the president.

The Umno Supreme Council and the cabinet were full of Yes-Men who never voiced the dissatisfaction or the complaints of the Umno rank and file. Umno members were forbidden on pain of disciplinary action from listening to any talk by people not approved by the president. This includes me. The police and the state Umno called up people who invited me and told them to withdraw their invitations. 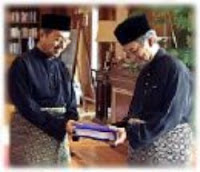 Since Umno members could not express their real opinion regarding the government at any time and in any place, the only way they could convey their disenchantment with it was through voting at the general election. Voting was relatively secret and no action could be taken against them. So scared were the Umno voters that they might be found out that they never revealed to each other or to anyone of their intention to vote for the Opposition. And so it was that no one accurately forecast the massive swing in favour of the Opposition. Some Umno members could not bring themselves to vote for the Opposition. And so they deliberately spoiled their votes. There were more than 300,000 spoilt votes in all, a record. It cannot be that after 50 years and 11 elections the voters still did not know how to vote.

The leadership apparently believed that Umno members would vote for any candidate chosen by the party leader. The leadership, was grossly mistaken. But so angry were the Umno voters that they voted even for opposition candidates who were educationally unqualified and inexperienced. The present leadership of Umno and BN, in particular Abdullah, should face facts. The electorate did not reject or “sabotage” the BN for no reason. In 2004 they had not seen Abdullah perform. So there was no sabotage. But in 2008 they had already seen Abdullah reveal his true colours. They did not like it.

The first thing he did when becoming prime minister was to bring his family unofficially into the government. He can deny this but people know the activities of Khairy Jamaluddin and Kamaluddin Abdullah and their cronies, including those of the fourth floor. They often sit in meetings of government committees and when the prime minister met people. Khairy’s winning the deputy Umno Youth post uncontested disgusted many people. Had it been a party veteran with years of service to the party winning uncontested, no one would object. But Khairy had been in Umno less than five years and had no record of service to Umno. How could he win uncontested?

Early in his term of office, Abdullah decided not to go ahead with the so-called mega projects initiated by me. That was his right. But what was not right and what caused people to think he was being vindictive was the suggestion that I was wasting money on my many “pet” projects so much so that the government no longer had money to continue with them. Actually people know the projects were necessary. Imagine Malaysia without the KLIA, Sentral Station, Penang Bridge, North-South Highway, double-tracking and electrification, the LRT and monorail for Kuala Lumpur, Putrajaya and Cyberjaya, toll roads, Westport, Tanjung Pelepas Port, Formula 1 circuit, KL Tower, ports, etc.

I will not mention the things he did which affected me alone and are not generally known to the public. This is because the voting public could not have been influenced by this. But what is known is his reaction to my criticism regarding the APs (Approved Permits) and the decision not to build the “crooked” bridge in Johor. He and his ministers publicly abused me and at one stage wanted to expel me from the party. Datuk Seri Nazri Aziz was extremely rude.

People felt that he and his cabinet colleagues, many of whom were appointed by me were most ungrateful. People know that but for me Abdullah would not be the prime minister today. So were most of the others for they were made ministers by me. They used to be my strong supporters, kissing my hand and some cried when I stepped down. Now they turned on me and denigrated me in a most unbecoming way. I don’t really care but I think the people regard this behaviour as just bad. The fear Abdullah instilled in his ministers, members of the Umno Supreme Council and other party leaders was such that none dared to stand up to defend me or to counter what Abdullah and his colleagues said. 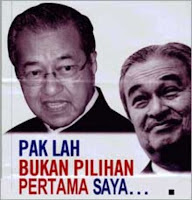 If Singapore could not agree to build a straight bridge unless sand was sold to it, we could have gone on to build the “crooked” bridge which had nothing to do with Singapore. Irked by the refusal of Johoreans to sell sand and allow Singapore warplanes to fly over Johor air space, Abdullah disallowed the construction of even the “crooked” bridge. Why?

I am sure it was because the one billion cubic metres of sand he wanted to sell to Singapore was objected to by Johor. Someone stood to make RM1 billion or more over 20 years from the sale of sand. Singapore would like to have the sand at above market price even as the land reclaimed would be sold at S$3,000-S$5,000 per sq ft. The objection by Johor was because mining the seabed sand would cause erosion of the shores, destroy fish breeding grounds and deprive Johor fishermen of their fishing ground. The royalty collected by Johor would be nothing compared to what Singapore could make from selling reclaimed land.

There were other things done by Abdullah which the people did not like. These include matters related to the issuance of APs, the sale of MV Agusta, the CIQ building in Johor Baru, the double-tracking of the railway from JB to Padang Besar, miniature mosques and crystal mosques in Terengganu, the Monsoon Cup, the various corridors and the extensive renovation of Sri Perdana.

There were many other unpopular things done by Abdullah which alienated Umno and BN members and the voters in general. If there is anyone to blame for the miserable performance of Umno and BN, it is Abdullah himself. This is the opinion of the vast majority of Malaysians. If they are allowed to speak freely, this is what they would say.

No matter how strongly he denies that he is the cause, no matter how many people he blames, he cannot explain why this catastrophe to the Umno, MCA, MIC and Gerakan and the BN had never happened under four previous prime ministers but happens only during this tenure. He cannot explain why the “sabotage” by Umno and the component party members in 2008 when in the past they had been very loyal and never failed to give the Alliance and the BN two-thirds majority in Parliament and control of almost all the states. If he refuses to go and tries to ignore the calls for his removal until the next election, the disgusted voters and party members will probably ensure the BN will be defeated at federal and state levels as the only way to end his premiership. 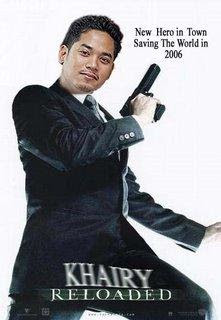 DAP and PAS will want to ensure that Abdullah remains until the next election because, as in 2008, the disgusted BN supporters will vote for the Opposition. This will be even more likely if PAS and DAP provide good government for the states under their care.

When that happens there will be no hope for Umno to make a comeback.

As I said, I admit some responsibility for the poor showing of Umno and BN. Had Abdullah won big he would continue with his disregard for the objectives of his Umno, for the well-being of Malaysia.

I would consider myself a betrayer of my country if I allow this to happen. And those sycophants who fawn before Abdullah will also be betrayers of their country, their people and for Malays, their religion even.

In the final analysis, the responsibility for the losses sustained by the BN is with the prime minister himself. If he wishes to redeem himself and help resuscitate Umno and BN, he should resign now and let others rehabilitate the parties. As long as he remains Umno president, BN chairman and prime minister, recovery would be impossible.

Btw. Mahathir created and was part of that system. His 22 years in power was damned with 2 DPM who resigned,while the third one was sent to Sungai Buloh on a trumped-up charged by the kangaroo court. So why the discontent.........