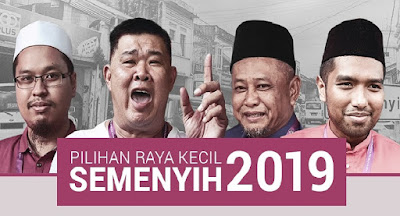 They Don’t Love Najib, But They Hate The Arrogant and Incompetent Government More...

Flipping a loss of more than 9,000 votes to a gain of close to 2,000 votes is no easy task. That was what happened with the just concluded Semenyih by-election. And judging by the angry voices on social media weeks before the voting process could even begin, the defeat of Mahathir’s party, PPBM (Bersatu), is to be expected. Almost everyone wanted the party to be taught a lesson.

Even if all the votes secured by the independent and PSM were to go to PPBM, Mahathir’s party will still be trashed. The results are indeed humiliating for Prime Minister Mahathir Mohamad, who went to the ground campaigning for his boy. He now cannot say the PH coalition lost Cameron Highlands by-election recently because the candidate was from Chinese-based DAP.

The two losses – Cameron Highlands and Semenyih – means the voters had indiscriminately punished both DAP and PPBM, and even PKR in the coming Rantau by-election. Amusingly, like DAP, Mahathir’s party had started shooting its own foot before campaigning has even started – choosing the wrong candidate who could not only speak properly, but also with questionable CV.

Like the Cameron Highlands screw-up, the same contributing factors were repeated all over again in Semenyih. Exactly why Azmin Ali, Minister of Economic Affairs, childishly challenged former PM Najib Razak, a person with no shame, to go to Semenyih is beyond comprehension. And why did Mr. Azmin say the Malays in Semenyih aren’t the same as Malays in Cameron Highlands?

What did Azmin, and other PH leaders for that matter, expect to achieve by flogging a dead horse? Najib is no longer in power and has been slapped with over 42 charges. Yet, he is as free as a bird. Whose fault was it that the crook was given the special privilege of not having to wear orange lock-up suit? Which part of “overkill” that Azmin did not understand?

Of course, the UMNO-PAS combo deliberately played race and religion issue to the extreme in Semenyih. But whose fault was it that they were allowed to spew hatred and stir up racial and religion sentiments among the Malay-Muslims that they have lost power to the “Chinese, Christians and Communists”? Did Minister of Home Affairs, Muhyiddin Yassin, lift a finger to contain the dangerous game in the first place?

Nope, instead of locking them up, Mr. Muhyiddin has chosen to sleep on the job, allowing the racists and extremists the free hand to do what they want. In order to transform his party PPBM to become UMNO 3.0, PM Mahathir happily welcomed seven more ex-UMNO MPs to join his party. Bootlicker Azmin had even claimed the 7 frogs will play a prominent role in pulling in grassroots support for PH.

Well, Mahathir’s incompetent Education Minister, Dr Maszlee Malik, had tried to make Bersatu more Islamic than PAS Islamist party when he gave his green light for the establishment of Indonesia Muhammadiyah University Prof Dr Hamka (Uhamka) to set up its first overseas campus in Malaysia, only to be condemned by the Sultanate of Johor.

The toxic infighting among the component parties in Pakatan had seen campaign machinery, especially that of Mahathir’s own party – underperforming. Besides being a new party, the sudden windfall of being in the government has seen many of Bersatu’s leaders, most of them migrants from UMNO, fighting for positions, contracts and titles instead of going to the ground helping.

Yes, instead of listening to the grouses of the people, most of PH leaders, previously extremely approachable as opposition, have become invincible and out-of-touch as they hide in a comfort zone and air-conditioned office. That’s why a crook like Najib, was welcomed like a celebrity because thanks to marketing gimmick, he skillfully pretended to be a very approachable and a humble man. 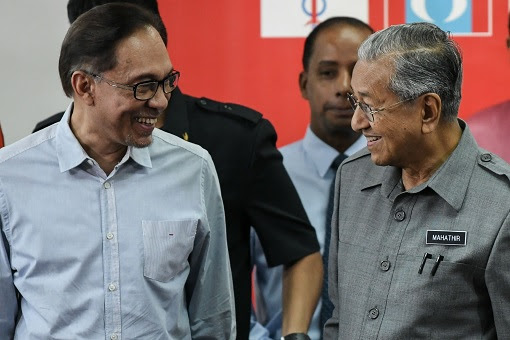 Adding salt to the injury, there’s no agreeable date for PM-in-waiting Anwar Ibrahim to take over the leadership, leading to conspiracy theories, backstabbing and plenty of rumours about the plots of overthrowing the Mahathir government. Such vacuum has seen even Azmin Ali, once loyalist of Anwar, beginning to backstab his former boss and apple polish the 93-year-old Mahathir.

But race and religion were not the only cards used by BN leaders successfully. The less than sterling economic conditions was used with ease to convince the Semenyih voters, especially the ethnic Malays who have always been behind the more hardworking Chinese community, that the Mahathir administration had done nothing to improve their welfare.

While PH could blame the BN regime before the last May General Election on bread and butter issue, they certainly cannot point the finger now that they control both the Selangor state government as well as the federal government. Mahathir administration can blame external factors, or even Soros, but the fact remains that despite the abolishment of GST, the cost of living remains high – and gets worse.

Actually, not only the Malays feel that the food hasn’t gotten cheaper, the Chinese too feel the inflation hasn’t gotten better. It could be due to excessive profiteering by greedy business owners, suppliers or manufacturers. However, the ordinary middle-income folks could not see how SST is any better than GST. Perhaps both the ministers and enforcement officers have been sleeping on the job.

When people find it tough putting food on the table, naturally they were not interested in arguments that SST formula shows goods should be cheaper than during GST. Nor were they agreeable that petrol prices are tied to global oil prices or that highway tolls cannot be removed overnight. Therefore, snake oil salesman Najib had little trouble running down the government.

As the working class struggles with the  weakening buying power of the Ringgit, suddenly the new government bulldozed a new law to make life more difficult for smokers – banning smoking in all restaurants, coffeeshops and hawker centres nationwide. While smoking is bad for your health, does the PH government know that the working class formed the majority of the 5-million smokers? 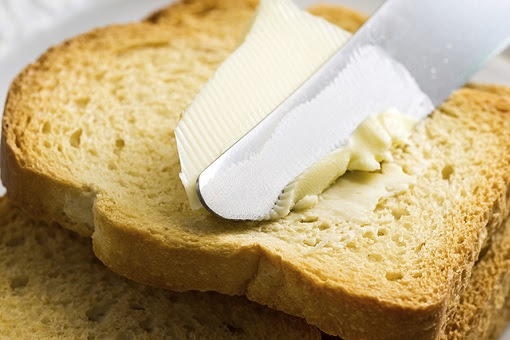 There’s a reason why Najib, as opposition, could swing thousands of votes in favour of BN by trumpeting on bread and butter issues and unfulfilled promises. It was absolutely silly for PH to repeatedly blame Najib’s thievery when the problem hitting the people is the cost of living. After all, it was Mahathir who said last December that corruption has become part of Malay culture.

Hence, despite the fact Najib had stolen billions of dollars, the majority of Malays in Semenyih were not ashamed of rubbing shoulders with the crook. Najib successfully runs his “Apa Malu Bossku” campaign because those Malays couldn’t care less about corruption or money laundering since 90% of taxes is paid by the Chinese, giving a false impression that the money stolen was not theirs.

What has the Economic Affairs Minister, Azmin Ali, done so far to excite the country’s economy? To make ends meet, Finance Minister Lim Guan Eng was forced to squeeze every penny from the people by hunting tax evaders, big sharks or anchovies. Amazingly, the very rich and corrupt UMNO warlords were not being investigated on their ill-gotten wealth.

Mahathir’s famous excuse as to why promises made in the 14th General Election Manifesto were not fulfilled was the national debt of RM1 trillion. Yet, at the same time, he has thrown tantrums when his national car project 3.0 was being questioned. He blames his protégé-turned-nemesis Najib for the debts. Yet, the judiciary and the authorities have been dragging their feet in sending the crook to prison.

From “frogs recruiting” to “fake degree” to “flying cars”, Mahathir government has been pressing all the wrong buttons. The fact that leaders with fake degree are being protected like endangered species, instead of getting punished, goes to show the lack of quality leaders within the premier’s own party. It was quite shameful that Johor Chief Minister Osman Sapian was dishonest about his education credential.

Nope, the Semenyih voters, as did Cameron Highlands’ voters, did not vote for BN because they love the crooked Najib Razak. But they voted for BN because the PH is so screwed-up and arrogant, not to mention out of touch with the struggling working class, so much so that Mr. Najib looked like Justin Timberlake. They were protest votes. Perhaps it’s time Mahathir fires all incompetent ministers. - FT 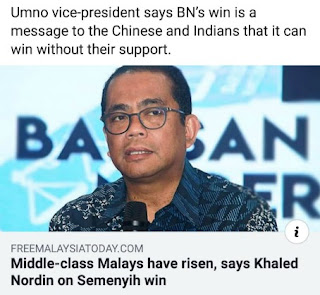 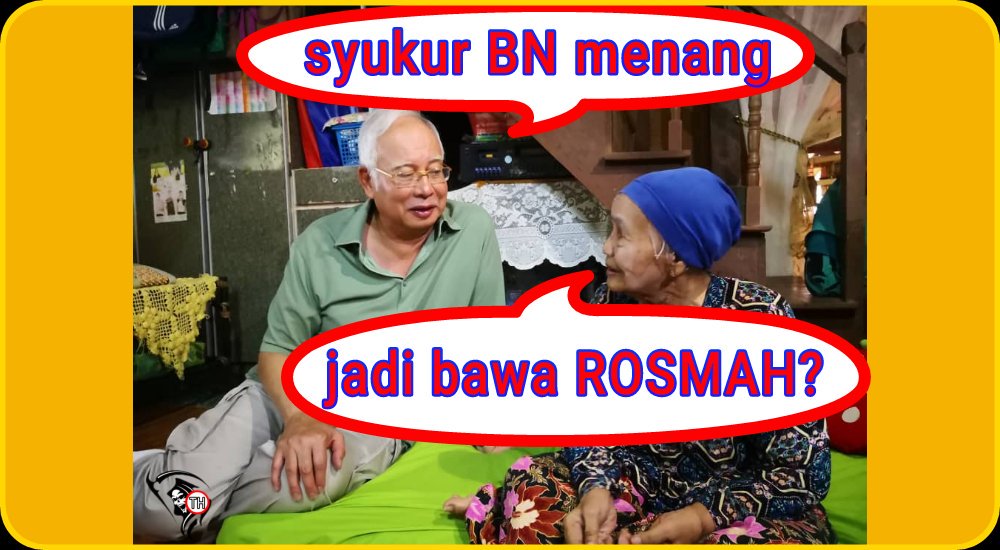