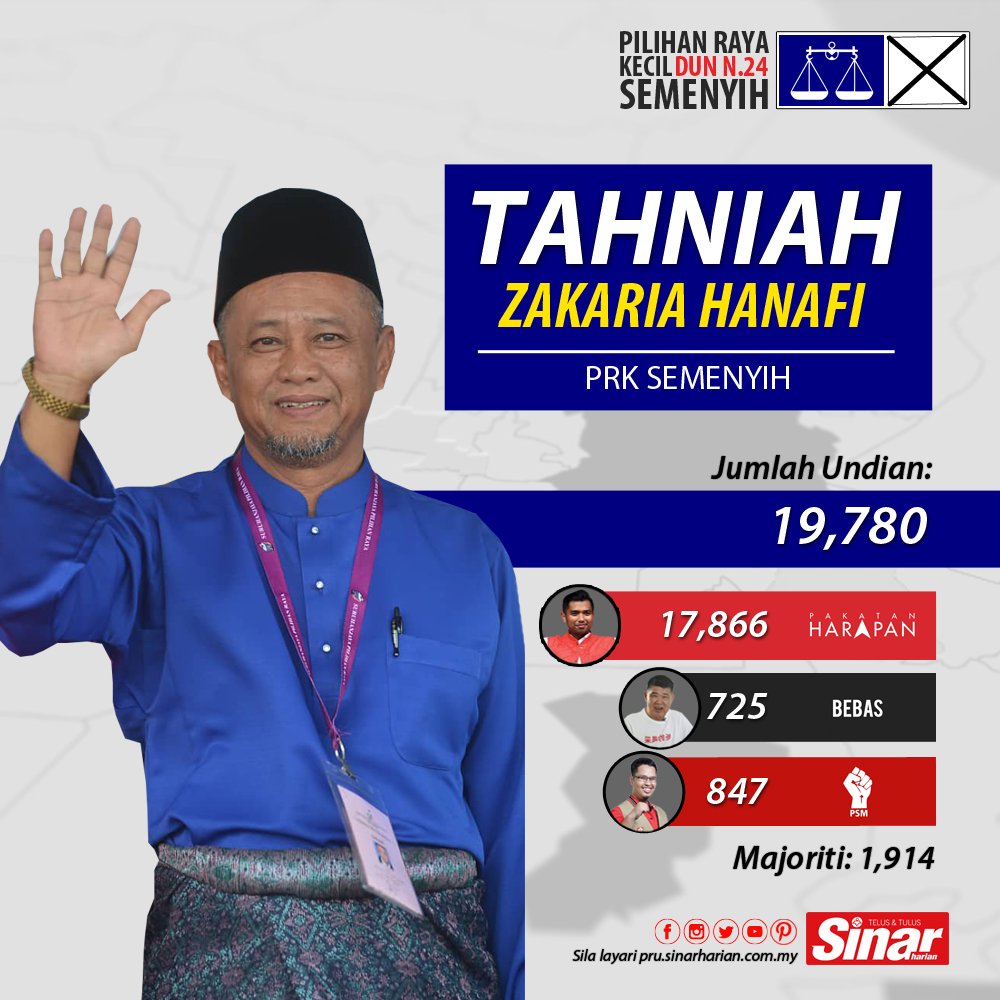 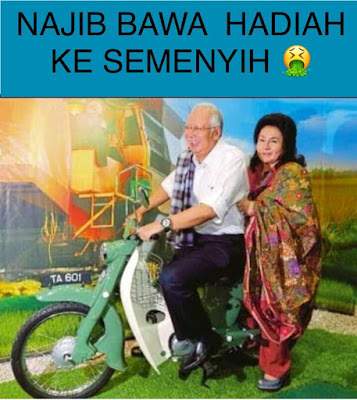 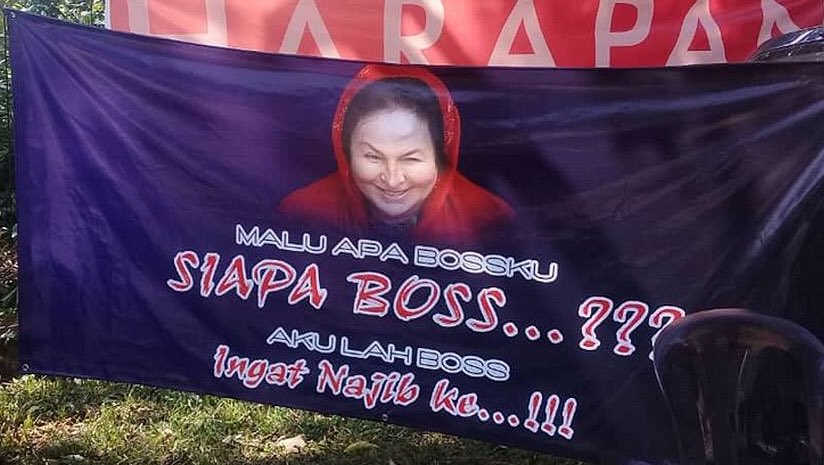 First, they said 1MDB scandal didn’t exist, but was just a fairy tale. When the 1MDB was finally exposed, they said no money was missing and the fund was as healthy as a horse. When then-PM Najib Razak was found to have RM2.6 billion stashed in his private account, they said it was a donation from Saudi royal family – rewards for fighting terrorism, Jews and whatnot.

When the U.S.-DOJ investigated the sovereign wealth fund for money laundering, they said it was a conspiracy to topple a democratically-elected Muslim leader. When Mahathir had enough of the nonsense and switched sides to the opposition, they said there was no way Najib could be defeated, but before they insulted Mahathir’s Indian ancestry – calling him the son of Iskandar “Kutty”.

When Najib’s Barisan Nasional coalition government was stunningly dethroned after 61 years in power, they said the new Pakatan Harapan government would not last a year, let alone the full term 5 years. When police found RM117 million cash together with RM1 billion worth of 12,000 pieces of jewellery in Najib’s children luxury condominium, they said the money belonged to UMNO.

When  Najib made the history and became the first ex-premier to be charged in court, they said it was politically motivated. When UMNO accounts were frozen, they said it would be a blessing in disguise because UMNO members would be forced to join the PAS Islamist party. When an UMNO-PAS merger didn’t happen, they instigated Anwar to make his move against Mahathir.

When Anwar stayed loyal to Mahathir, they said the Chinese-based DAP would be kicked out soon when Mahathir and Anwar, for some weird reasons, work with the opposition UMNO and PAS to form a fictitious grand Malay-Muslim coalition of UMNO-PAS-PKR-PPBM – under the pretext of Malay unity. When the unicorn didn’t emerge, they made a U-turn and sucked up to Mahathir.

When the 93-year-old Mahathir told PAS that he does not need their support to remain as prime minister, the shameless Islamist party insisted they will support Mahathir until 2023, come rain or shine. When Anwar retaliated and said he has proof that PAS paid Sarawak Report RM1.4 million to an out-of-court settlement, they challenged Anwar to produce such documents as proof.

Well, the pro-PAS and pro-UMNO supporters must have had their worst nightmare since the downfall of the Najib regime, when Sarawak Report editor Clare Rewcastle-Brown backed Anwar Ibrahim’s claim with her confirmation that the fake holy man Hadi Awang had indeed paid her a cheque dated 31 Jan, 2019, for the amount of RM1,422,980.00 through her lawyer, Americk Sidhu.

Apparently, when Abdul Hadi Awang offered the British investigative journalist the out-of-court settlement, the agreement was that the PAS president has to pay Sarawak Report’s legal bills to the tune of RM1,422,980.00. Yes, Sarawak Report only agreed to Hadi’s wish to withdraw his case and the UK court order to drop Hadi’s case on condition its costs were paid.

It appears that being a religious man, especially one who is a “munafiq (hypocrite)” but pretended to be a pious man, doesn’t mean he is smart. Mr. Hadi must have thought that since Sarawak Report agreed to his condition that both parties keep the payment confidential, the secret would be safe. But why did he agree to pay so much money if he was innocent in the first place?

In 2017, Abdul Hadi Awang sued Clare Rewcastle-Brown for libel in London over an August 2016 Sarawak Report article accusing that PAS received RM90 million to guarantee its support for UMNO and Barisan Nasional. The Briton filed a counterclaim in October 2017. On Feb 1, mysteriously, Hadi and Clare settled the case through an out-of-court settlement.

According to Clare Rewcastle-Brown’s latest revelation, Abdul Hadi Awang and his boys were willing – desperate, even – to pay the RM1.4 million in order to escape cross-examination on their conflicting testimony in an English Court, of which the Islamist party has no control whatsoever, unlike the Malaysian Kangaroo Court during the reign of Najib regime.

Hadi and his band of morons may be able to scam their gullible followers about their newly invented “Shariah-compliant” lies, but unfortunately such lying is not recognised in the UK civil court. Exposing Hadi’s little dirty secret, Clare wrote – “If they continued to contradict each other in front of an English Court someone would have committed perjury for lying in a London law suit.” 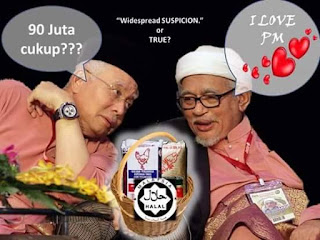 In short, had Hadi Awang refused to pay the RM1.4 million in order to terminate the lawsuit he first started, the inconsistencies in the Islamist party’s claims and statements could have landed Hadi and his witnesses in legal trouble, which will make them lose the case anyway. Therefore, he had no choice but to initiate the “premature withdrawal” to spare his party from a bigger humiliation.

Perhaps PAS leaders and Hadi didn’t understand simple English. The out-of-court settlement did not oblige Sarawak Report from keeping silent on the subject of UMNO bribes to PAS. In fact, the portal, which first exposed the infamous 1MDB scandal, did not agree to anything to Hadi’s liking. That’s why the article that originally led to a defamation suit by PAS remains online even after the settlement.

Unlike the dumb PAS leaders, Rewcastle Brown also revealed how the PAS intermediaries had initially indicated that it wanted to pay the sum in cash, but Sarawak Report’s lawyer refused a cash payment and instead accepted a post-dated cheque for January 31, which is now proven to be a clever move. Had Clare accepted the RM1.4 million in cash, there will be no proof of the payment today.

Thanks to PAS’ idiocy and arrogance of not honouring the obligation imposed on Hadi to keep confidentiality about the terms of the settlement, such as public statements made by the Islamist party leaders with the intention of misleading the people into believing that Sarawak Report was not paid and itself backed down from defending its counter-suit, Clare has decided to let the cat out of the bag.

So, it was Hadi and his men who broke the commitment not to comment. Hence, Sarawak Report is now entitled to “consider itself released from confidentiality” and has the freedom to tell the truth to all and sundry. Clare also said that “there are no documents proving Sarawak Report was not paid”, as PAS secretary-general Takiyuddin Hassan had claimed to possess yesterday.

It was one big game plan hatched by Mahathir-Anwar-Clare from the beginning to skin a corrupt RM90 million fat cat called PAS. First of all, it would be super duper stupid of PM Mahathir to reject the support of 18 MPs offered by the Islamist party when Hadi and two of his lieutenants paid him a visit in his office, if indeed Anwar was plotting to move a no-confidence motion against him.

One could practically smell the old fox playing the dumb PAS leaders when he cheekily asked the Islamist party, whether or not they were serious about supporting him. It was like a naughty boy with severely decayed and rotten teeth asking – “Do you want to give me the sweets or not?” – knowing very well he would not get it.

The second giveaway was the Malaysian Anti-Corruption Commission (MACC) investigation into the RM90 million that UMNO paid to PAS under Najib regime. Why was there a need to terminate new ally PAS even after they have profusely pledged their support until 2023 for Mahathir, making life easier for the PM-in-waiting Anwar to topple the prime minister?

Coincidentally, after Mahathir rejected PAS’ insincere and half-baked support, the PM-in-waiting and PKR President Anwar Ibrahim performed his chest-thumping stunt and announced to audiences that he has in his possession the bank statement to prove that PAS had paid RM1.4 million to the Sarawak Report editor Clare Rewcastle-Brown to end their legal suit.

And conveniently after Anwar blasted the ballistic missile on the Islamist party, the British journalist comes out in less than 24 hours to confirm his allegation, sending the disarray and panicked Hadi Awang and his minions running around like a headless chicken looking for more “Shariah-compliant” lies to counter the facts.

The timing of Sarawak Report lending its credence to Anwar story, amazingly, will absolutely shield any possible charges that the PKR president had illegally procured the bank statements in violation of banking secrecy laws. With Clare’s admission to the RM1.4 million payments, it’s water under the bridge whether Mr. Anwar can substantiate his allegations with proof.

Get real, did PAS, UMNO and their supporters really think they could use the “divide and conquer” trick on master strategist Mahathir, whom had already perfected the tactic while the wet behind the ears Najib Razak was busy bonking singer and actress Ziana Zain in a Port Dickson hotel room. From whom do you think Sarawak Report got the insider information in exposing UMNO and PAS dirty laundry?

We had written why Mahathir could not be bothered with the half-dead UMNO (read here). He has a bigger fish to fry. Both he and Anwar understood it would be foolish to rock the boat of the Pakatan government when PAS has been running wild, stirring up racial and religion sentiments among the Malays to topple the government. The Islamist party’s dangerous ideology of racism and extremism must be neutralised. - FT 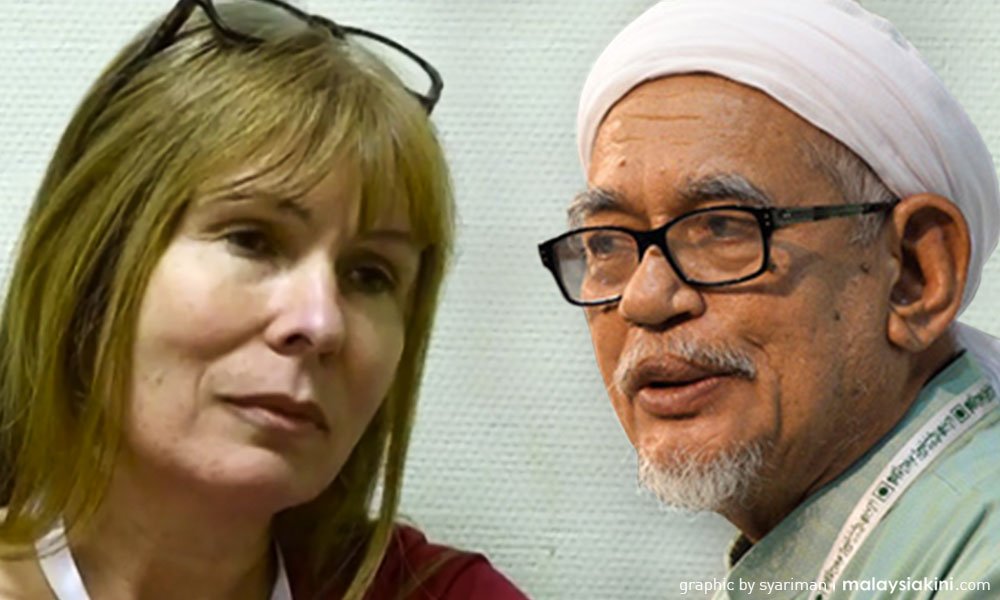