Hadi could not keep track which lie is supposed to cover...

Hadi Bragged About Raising RM100 Million,
Despite Collected Only RM3.2 Million For A Highway...

PAS President Abdul Hadi Awang’s tongue has gotten so severely tangled due to excessive lying that he could not keep track which lie is supposed to cover which lie. Fortunately, he has the ultimate WMD (weapon of mass distraction) – Islam. When he could not twist and turn anymore, he will flash the religion to automatically legitimise his lies and corruption.

Armed with “Shariah-compliant” lies, Mr. Hadi is determined to drive the Islamist party to glory by producing more lies to cover the old lies. If one enters “Shariah compliant lies” into the Google search engine, the results are incredibly amazing. Only one country on planet Earth produces such innovative product – Malaysia. Not even Saudi Arabia has the technology to do so.

Since last month’s exposure of PAS Islamist party receiving RM90 million bribes from crooked Najib Razak, Hadi has told so many new lies that he probably had gone mad. Two days ago (March 8), he struck back at critics ridiculing, mocking and insulting his leadership for secretly taking the dirty money, something which is prohibited in Islam.

The PAS president bragged that if every single member donated RM100, the party would be able to collect RM100 million. Hence, having RM90 million in its coffers isn’t the biggest mystery in the history of mankind. “What is strange about RM90 million? Even RM900 million would not be strange,” – he was quoted as saying by Harakah Online.

True, if, and that’s a big “if”, every single PAS member religiously donates RM100 per month, the Islamist party would be able to collect not only RM900 million but RM1,200 million (RM1.2 billion) in just a year. Even if they only able to donate RM100 per year, the party would have been a billion-Ringgit party, considering PAS has been administering Kelantan states since 1990.

So, a simple Maths calculation shows PAS would have collected RM100 million a year and a mind-boggling RM2.9 billion over 29 years running the state of Kelantan – if each member donates RM100 annually. This is absolutely possible as RM100 a year would translate to only RM8.30 each month. It’s a very low price to pay in exchange for a place in paradise where 72 virgins are anxiously waiting, no?

But is this the case? A day earlier (March 7), Azmin Ali, Economic Affairs Minister, revealed how the Kelantan state under PAS administration appealed the federal government to “restart Lebuhraya Rakyat” (people’s highway). Apparently, Kelantan had tried to build the 10-km expressway on its own. The project, supposedly to be completed in March 2018, was terminated and abandoned.

However, the PAS state government could only collect a pathetic RM3.2 million – over a period of 5 years of crowd-funding. Why didn’t PAS members donate to the “Lebuhraya Rakyat” trust fund, when the project will benefit 96% of Malay Muslims in the state? If PAS could only raise RM3.2 million from its members in 5 years, what makes Hadi thinks the party could actually raise RM100 million?

Amusingly, when Hadi Awang unexpectedly withdrew his defamation suit against Sarawak Report editor Clare Rewcastle-Brown in January, the fake holy man offered a truckload of excuses. It’s worth to note that it was the PAS president who had offered an out-of-court settlement to the British investigative journalist, yet the shameless man has the cheek to claim moral victory.

Unable to offer a satisfactory reason as to why he suddenly initiated the “premature withdrawal”, Hadi’s silly excuses included that he suddenly did not feel threatened or humiliated by Sarawak Report’s article alleging that PAS leaders took RM90 million from UMNO former president Najib Razak. He also claimed not bother anymore because Clare is not a registered voter.

Yes, suddenly all of the Abdul Hadi’s complaints that he was wrongly accused of colluding with ex-PM Najib hence his reputation needed defending did not matter anymore and was thrown out of the windows after the appearance of a audio recording proofing that the Islamic party received money from UMNO. But there was one funny excuse offered by Hadi which has come back to haunt him now.

Mr. Hadi had claimed that the PAS Islamist party could not afford to pay RM1.4 million in legal fees as the settlement cost to Sarawak Report, despite admitting to having paid RM2.9 million to his own British lawyers to fight the news portal. So, which is which? Did the fake holy man prematurely withdraw his lawsuit because he could not afford expensive legal fees fighting the British journalist in a British court?

Or did the fake holy man prematurely withdraw his lawsuit because he was terrified of being caught lying in a British court since “Shariah-compliant” lies is not recognised in the UK civil court, now that the boastful man has told all and sundry that money is not a problem since he could easily raise RM100 million, even RM900 million?

How could snake oil salesman Hadi claim he was so poor that he could not raise RM1.4 million at one moment, but brags about his cleverness at raising RM100 million at another moment? This is the same man once said if he had RM90 million, his Islamist party office would not be in a deplorable state, so much so that the elevators were not working.

But if PAS can indeed raise RM100 million with a snap of a finger, as supremo Hadi Awang has claimed, why the heck did he not proceed with the defamation lawsuit against the Sarawak Report editor Clare Rewcastle-Brown? Why did Hadi chicken out if cash isn’t an issue at all? He could at least exhaust the British woman of her financial means to defend her case, forcing her to surrender.

Arguably, Hadi’s big mouth contradicts his own statements so often that his credibility as a Muslim religious leader should be questioned. There’s little doubt he’s a “munafiq (hypocrite)” Muslim who has betrayed not only the God, but also a friend like Rameli Musa, who had donated RM1.4 million as payments to Sarawak Report so that PAS can save-face and avoid the embarrassment of lying.

Today, Kelantan is the poorest state in Malaysia based on GDP per capita. Sure, they will definitely blame the federal government for not paying them oil royalty. Well, Penang and other states did not enjoy oil royalty too. PAS has done something fantastic though – making Kelantan the state with the highest number of cases of AIDS in Malaysia since 2008.

Perhaps lie is indeed an infectious disease. After befriended Najib Razak, it seems Hadi Awang has become a great liar himself. Perhaps the Islamist party could help the country’s economy by exporting the newly discovered commodity to the rest of the Muslim world. Surely a properly packaged “Shariah-compliant” lies can sell like hotcakes in the Middle East. - FT 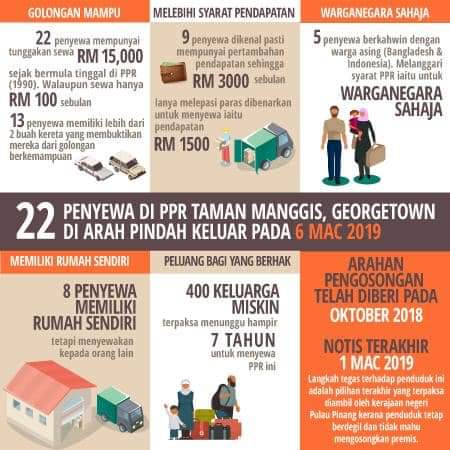 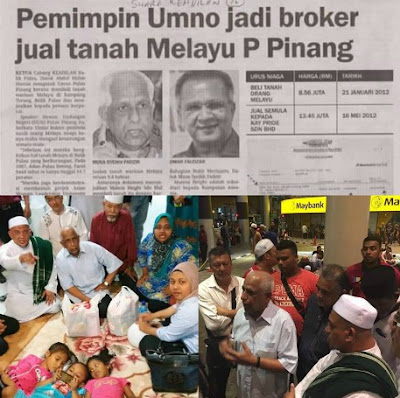