MAS - Should be shut down or sold off... 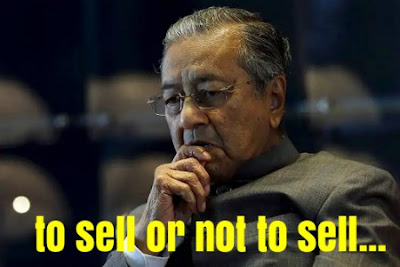 Businessman Tajuddin Ramli bought a controlling stake in MAS (Malaysian Airline System) at RM8 a share in 1994. The company was loaded with RM600 million cash when he took over. By the time the crony of UMNO left the company in 2001, Malaysian Airlines has accumulated losses to the tune of RM9.4 billion. The government would later bailout the company.

MAS returned to profitability in the financial years 2002 to 2004, but the celebration was short-lived. By 2005, the national carrier reported a stunning loss of RM1.25 billion, thanks primarily to skyrocketing fuel prices. Idris Jala was pinched from Shell to turnaround the company in the same year. What Mr. Idris did thereafter was pretty simple.

Besides fixing fuel prices and terminating domestic routes from 114 to 23, Idris Jala also cancelled all unprofitable international routes. He basically cut away the muscles of MAS to turnaround the ailing company – selling headquarters and other assets while trimming liabilities in order to trim the company’s expenditure. As a result, MAS once again returned to profit from 2006 to 2010.

Unfortunately, the turnaround plan by Idris was unsustainable. The company hit mind-boggling record loss of RM2.52 billion in 2011 and had never recovered. Malaysian Airline System was “technically bankrupt” by 2014, as acknowledged by Christoph Mueller before the German businessman, hired as the new CEO to turnaround MAS, could even begin his job in Malaysia.

Mr. Mueller was pinched from Irish airline Aer Lingus and joined MAS in 2015 as a result of privatisation of the Malaysian Airlines proposed by Khazanah Nasional Berhad (KNB). Najib Razak, then prime minister, gave the green light in 2014 for the rebooting of Malaysian Airline System Bhd (MAS) into a leaner Malaysia Airlines Bhd.

A whopping RM6 billion of taxpayers’ money was used to bailout the carrier for the third time. Khazanah Managing Director Azman Mokhtar, however, refused to admit it was a bailout. Instead, he insisted that it was an investment when the sovereign wealth fund of the Government of Malaysia, already owned a 69.37% stake in MAS, offered RM0.27 for each share in the company it did not own.

Khazanah’s great plan was to overhaul the newly “reset” Malaysia Airlines and achieve sustained profitability by the end of 2017, and to re-list the company by the end of 2019. CEO Christoph Mueller had cut 6,000 jobs, roughly a third of the workforce of the national carrier. But due to political pressure and “culture shock”, Mueller resigned in mid-2016 – less than a year with the company.

Earlier (March 12), Prime Minister Mahathir Mohamad said that the government will conduct a study to decide on the fate of MAS, after its losses caused a massive impairment into Khazanah, its sole shareholder. Days ago, Khazanah said half of its RM7.3 billion impairments registered in 2018 were involved in sustaining MAS.

Which part of MAS failed to achieve its objective in the original 5-year turnaround plan that the crooked Najib Razak doesn’t understand? The RM6 billion injected into the company under his watch has disappeared into thin air. Khazanah and the government pumped in about RM23 billion to keep it flying from 2001. Including the first bailout, it would be in excess of RM30 billion.

In fact, Idris Jala, the same guy Najib trusted so much that the former left MAS to join the Cabinet in 2009, admitted that the government should have sold Malaysia Airlines System while he was still heading the flag carrier. Mr. Idris was not sentimental and emotional about selling MAS because it was supposed to be a business decision, not a political move.

At least, Mahathir finally realises that the discrimination and racist policy of NEP (new economic policy), later restructured as NDP (national development policy), has done more harm than good in the context of the Malaysia Airlines. No matter how much money you pump into the national airline, it fails to jumpstart ethnic Malays to run the business efficiently and profitably.

Tajuddin Ramli, one of dozens of cronies selected and groomed by former Finance Minister Daim Zainuddin to become a successful Malay-entrepreneur, started looting the company as soon as he took over MAS in 1994. Almost everybody in MAS knew the story how Tajuddin conspired with three other MAS officers and directors to plunder the national airline’s coffers.

Through two nominee companies, one in Singapore and the other in Hong Kong, Tajuddin and his cronies established a company called Advanced Cargo Logistics GmbH Germany at Hahn Airport in Frankfurt, Germany, to provide ground-handling services for MAS. And guess who were the directors of the company? They were Tajudin’s own brother (Bistamam Ramli) and sister-in-law (Rizana Mohd Daud).

Enter Munir Majid, the MAS chairman from 2004-2011 who continued the plundering culture adopted by all the UMNO cronies and appointees. As one of the rising stars of smart Malay entrepreneurs, Mr. Munir was slightly less disastrous than Tajuddin. He just helped himself to RM1.56 million paintings for his office, not to mention his office renovation to the tune of RM841,000.

Not only Munir paid the crazy price for little known Colombian artist’s artwork, he also paid RM60 million to about 20 foreign consultants to do, well, basically nothing at MAS. To the horror of MAS staff, those foreign senior executives also enjoyed special perk such as car scheme where their choice of cars was subsidized by MAS for up to 70%.

Even after Mueller had chopped 6,000 jobs, Malaysia Airlines is still entrenched with cronyism, incompetence, corruption and mismanagement. From Tajuddin Ramli to Munir Majid to Ahmad Jauhari Yahya to Christoph Mueller to Peter Bellew to current Izham Ismail, none were able to fix the problem of the national carrier. Each time the leadership changed, so did the airline’s strategy.

Does MAS really need six Airbus A380, which have been highly un-utilised? Why didn’t MAS reshuffle the routes despite fierce competition with low cost carriers? You know the business plan was wrong when, despite achieving 85% load factor, the airline made huge losses. To make things worse, some profitable routes were taken away from MAS and given to AirAsia on a silver platter.

Najib should be the last person on planet Earth to talk about national pride, not after what he had done to the country with his 1MDB scandal. Perhaps he has forgotten how the national carrier suffered a massive blow to its image after Flight MH370 disappeared five years ago under his regime, not to mention the loss of another plane, MH17, which was shot down over Ukraine.

Mr. Najib should also remember that it was him, in an attempt to suck up to President Donald Trump so that the U.S. could drop the 1MDB investigations, had irresponsibly pledged to buy eight wide-body Boeing 787-9 Dreamliners and ten 737-MAX10 aircraft, putting more financial pressure on the Malaysia Airlines.

It didn’t help the situation that Malaysia Airlines also experienced a serious shortage of commercial pilots, resulting in a loss of revenue to the airline. The top management was obviously slow at matching salary package of that at rival airlines. Although the airline’s 13,000 employees are now slightly lower than Singapore Airlines’ 14,700, they are clueless and hopeless at making profits.

Clearly, another round of bailout is not an option, considering the country is burdened with RM1 trillion debts, thanks again to Najib Razak. So, the best deal for the flag carrier is to completely shut down its operations or sell it to interested parties or spin off its business divisions. There is no economic or financial rationale in maintaining the so-called national pride.

A loss-making business can’t continue indefinitely, not with the current financial situation. From 2015 to 2017, the struggling airline registered a loss of RM2.4 billion despite the RM6 billion bailout. AirAsia can always replace Malaysia Airlines as the flag carrier. After three rounds of massive bailouts, Malaysians are sick and tired of incompetent management running the company.

However, considering that majority of the airline’s 13,000 employees is ethnic Malay; it would be a political suicide for Mahathir administration to shut down the company. So the best guess is the Malaysia Airlines will be sold off partially or entirely to ensure nobody gets jobless. There’s no pride, but only shame if the national airline keeps needing bailouts or handouts.

Perhaps MAS should take a page out of the Proton’s playbook. To hell with Najib Razak. Any plan to restructure Malaysia Airlines must not involve any political interference – even if the saviour doesn’t have the same skin colour as those screaming for Malay agenda or national pride agenda. The only agenda is for Malaysia Airlines, if given one last chance, to make sustainable profits. - FT 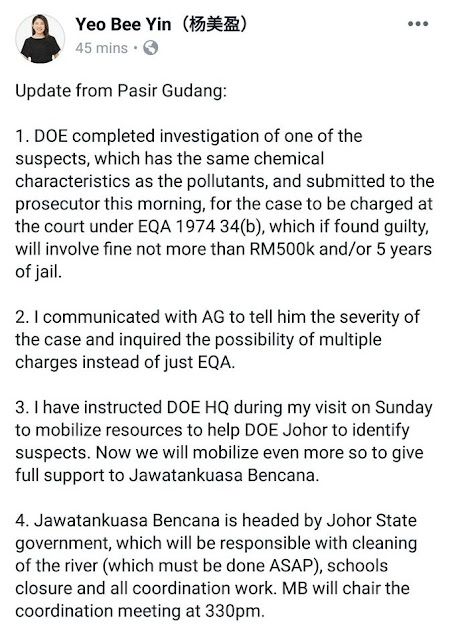 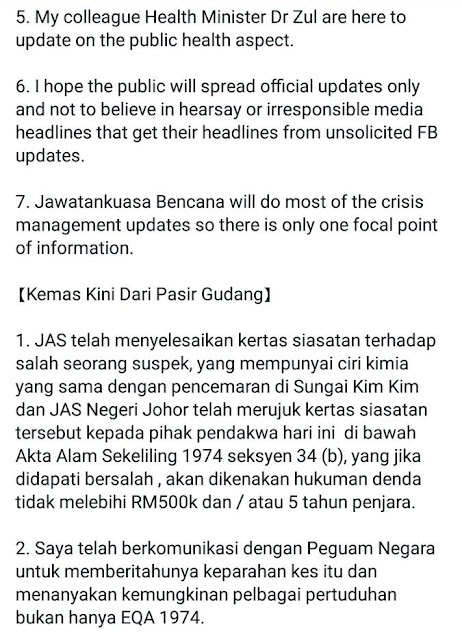 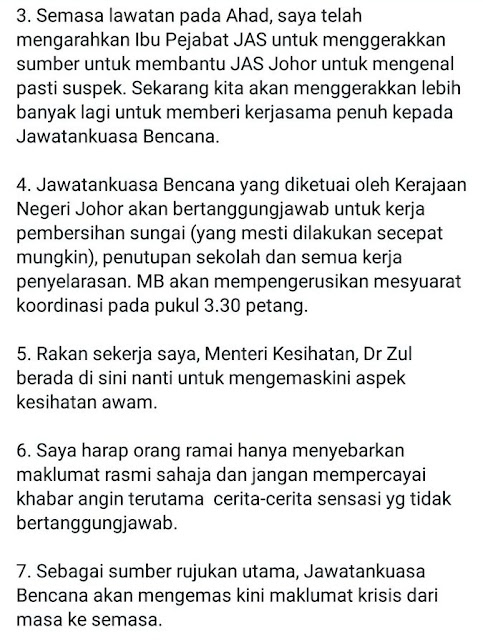 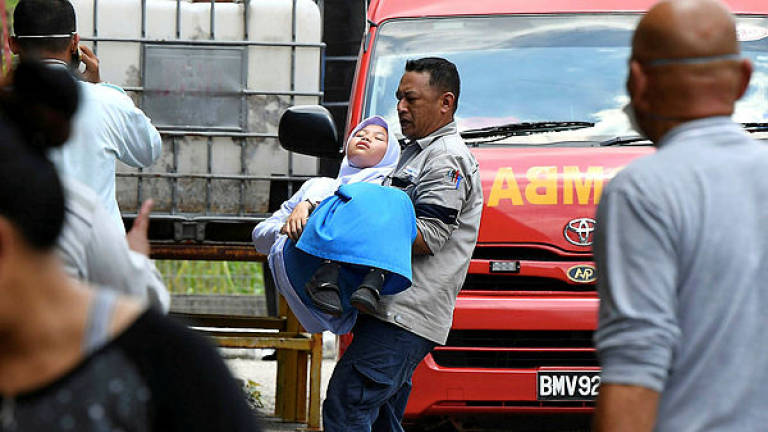 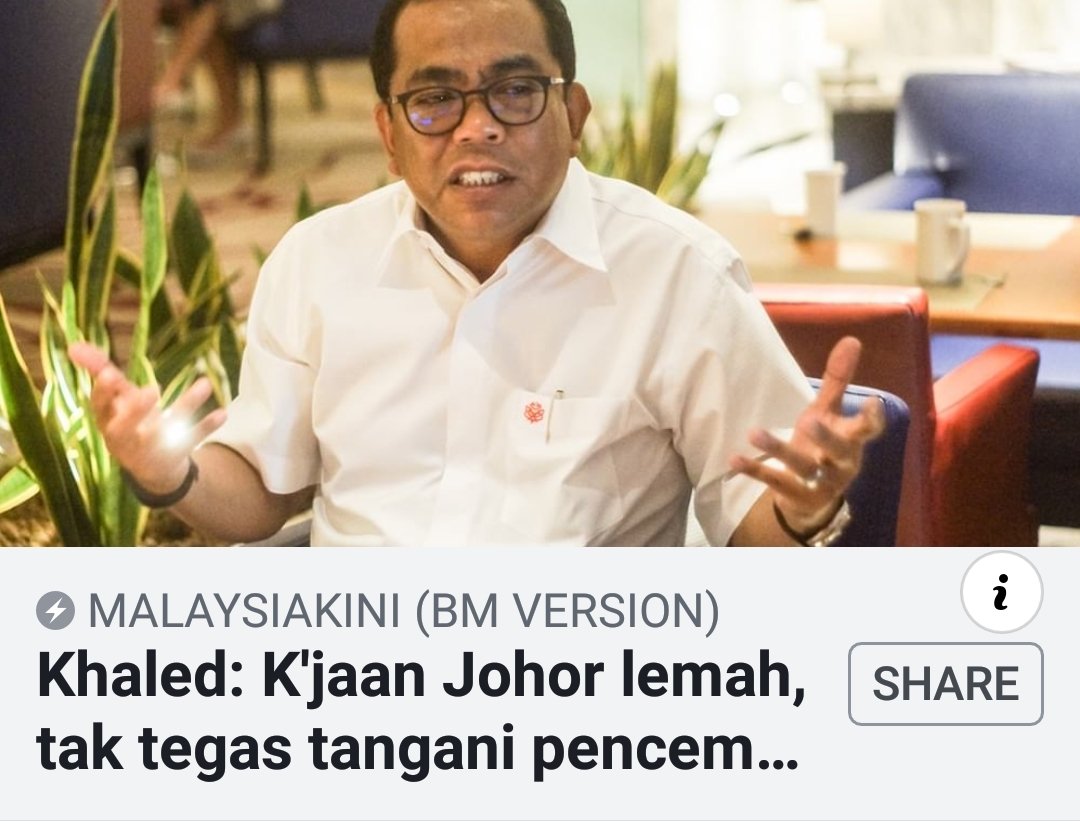 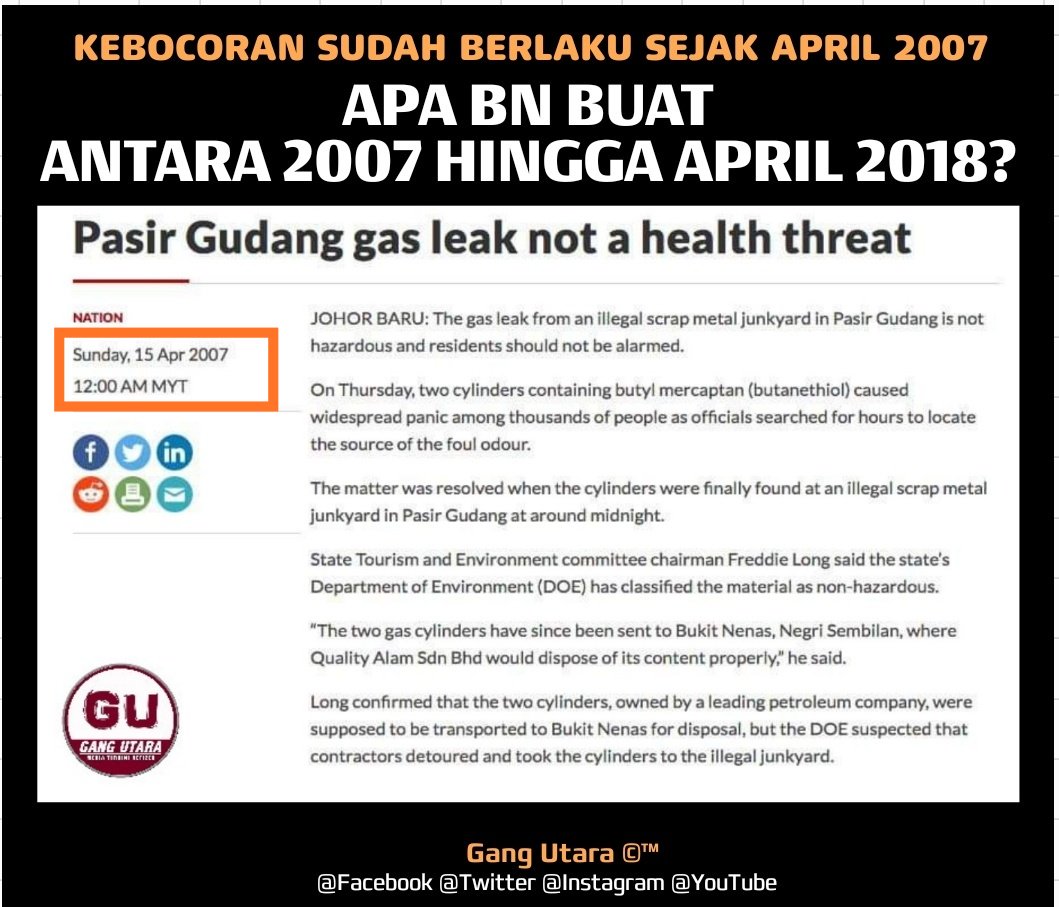 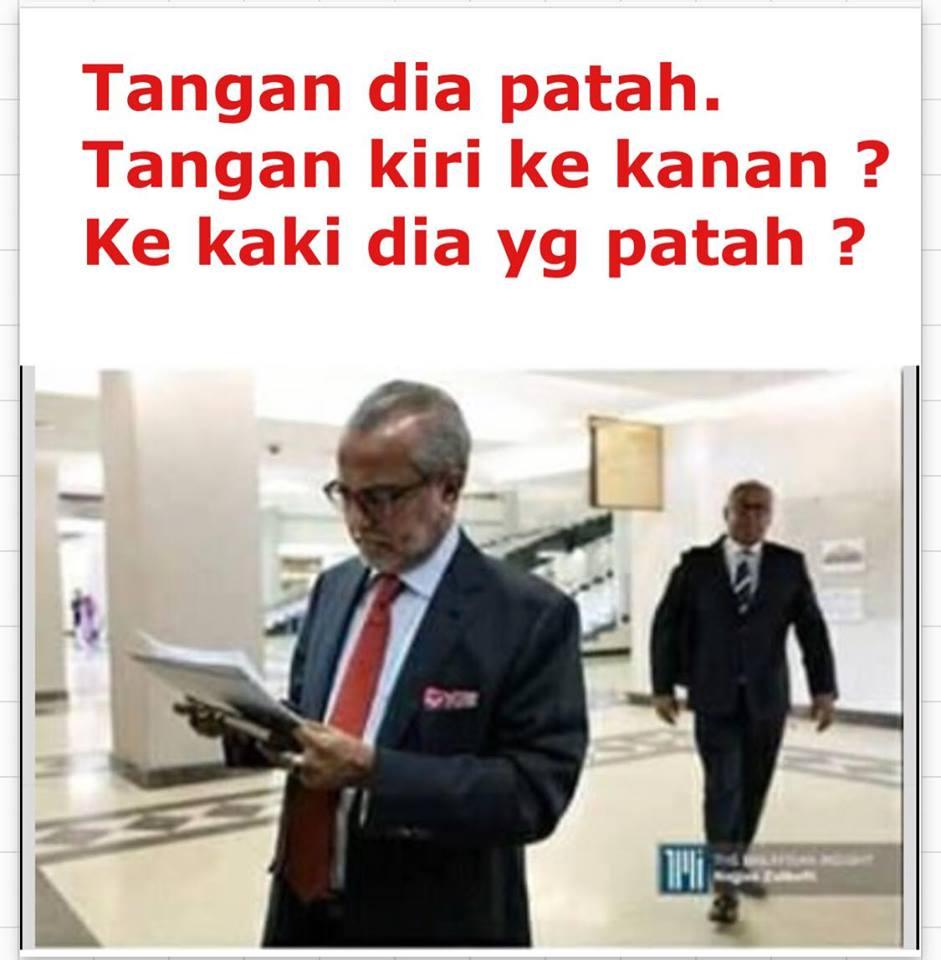