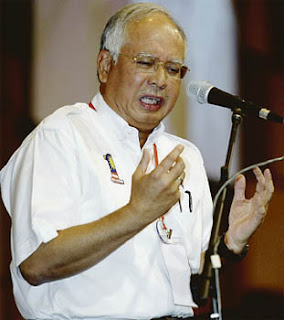 As Umno delegates arrived home on a high after the conclusion of the party's annual general assembly yesterday, they face the harsh reality of convincing the electorate in their constituencies to support the party in the coming general election.

Umno has been in existence for 65 years, and governing the country since independence for 54 years.

But now the challenge is convincing the younger voters, who could well be their sons and daughters or even spouses.

A division chief, who preferred to remain anonymous, said: "My spouse is very critical of Umno and BN and its leaders."

A Wanita division chief added that her children do not support Umno and BN as they are exposed to the Internet.

"The younger generation have other sources besides the mainstream media to inform their thinking and thoughts. It is unlike before when there is only one source of information.

"When there are issues like the National Feedlot Corporation controversy, you may not find it in the mainstream media. However, on the Internet, it is extensively reported in the alternative media," she said.

Another delegate said in the past, homes had only RTM and TV3, along with mainstream newspapers, to help them form their thoughts and opinions.

"But today there are computers in most homes and the Internet where information is infinite. The younger people are exposed to a lot of things compared to before and hence they are becoming more critical of Umno and BN," said the delegate.

These are the harsh realities and challenges now facing Umno.

And it's not certain that the fiery speeches aired on national television and splashed on the front pages of mainstream newspapers the past couple of days, will be effective in winning over the electorate, especially those of the younger generation.

In the past Umno party members were lining up to be considered as candidates as the chances of them winning were very high. However, this time, according to political observers, the clamour among Umno and BN candidates will be for the ‘safe' seats.

This is the dilemma faced by party president Najib Abdul Razak as he has to seek not only winnable candidates, but also winnable seats. He will have to think hard on where to place BN party leaders like MCA's Chua Soi Lek , PPP's M Kayveas and MIC's G Palanival.

Kayveas and Palanival were casualties in the historic 2008 general election, while Chua did not stand, having resigned his posts due to his involvement in a sex scandal.

Umno and BN will be hard pressed for seats as they look within peninsula Malaysia. However in Sabah and Sarawak, considered BN's "fixed deposits", it's less of a problem.

The other problem facing Umno and BN is that Pakatan had won four states namely Kelantan, Penang, Kedah and Selangor, and have shown that an alternative government is possible.

"Pakatan may lack experience and at the very least it has to make a good impression on the people. They have to show they are transparent in their dealings. This is what the people want nowadays as they are seeking an administration that is responsible, accountable and transparent," said a political observer.

"Pakatan cannot risk being involved in any hanky-panky. Otherwise they may lose out the next time. In the past, the rakyat has no choice as the opposition was not a strong alternative. But now it has shown it can govern."

This is the unenviable scenario that Najib, his deputy Muhyiddin Yassin, along with other BN component party leaders, have to face.

Throughout the five-day assembly, a common theme emerged - do not sabotage the party and its candidates.

Bandar Tun Razak delegate Syed Ali Alhabshee in debating the presidential address even asked for the party's disciplinary committee to be activated to act against members intent on sabotaging the party.

Muhyiddin (left), in his winding speech yesterday, had said that it had taken action on 22 cases in 2008 and agreed to the activation of the disciplinary committee. It is a given that unity is important in any political party which wants to win a major election.

The big question as the assembly came to an end yesterday is whether Umno has managed to close ranks. Party elections are noted to affect unity as contestants battle it out. Hence, in Umno, the party elections have been postponed for 18 months.

In the meantime, cracks are appearing in the party following the latest National Feedstock Corporation fiasco.

Sabah politician and Kinabatangan MP Bung Moktar Raden has called on Women and Family Development Minister Senator Shahrizat Abdul Jalil to resign following her family ties in what is now known as "Cowgate".

Another observer said Wanita unity was affected following the party elections when Shahrizat defeated Rafidah Aziz for the right to head the Umno women's wing in 2009. But time has healed the wounds somewhat. However, following the NFC fiasco, the cracks are reappearing.

"Some Wanita delegates whom I met feel that Shahrizat should make way to resolve the problem as the party heads for the general election. They are loyal to the party but are afraid to voice this out," he said.

Najib had said that the 13th general election will be the stiffest test for Umno and BN. But when asked as to the fate of controversial delegates he responded: "let the party handle it."

Will this mean that Shahrizat will be the sacrificial lamb and likely to face the axe as Umno and BN face its crucial test? Only time will tell.