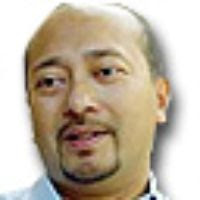 Datuk Mukhriz Mahathir said today the government should put an end to vernacular schools so that Chinese and Tamil schools can be streamlined into one "Malaysian education system," in remarks which are sure to spark controversy and stir up debate over race relations.

"We are one nation but we have so many systems. There is a need to induce unity," he told reporters today.

In a press conference in Parliament, the Jerlun MP said that all schools should teach subjects in Bahasa Malaysia except for language subjects which should be thought in their own languages.Additionally, it should be compulsory for Chinese and Indians to learn their mother tongue while other races including Malays can take up these languages optionally, he said.

He said the proposal to have only national schools could help address the problem of non-Malays misunderstanding the concept of "Ketuanan Melayu," or Malay Supremacy, which has become a source of tension between Malays and non-Malays. Mukhriz argued that such misunderstandings were a result of a lack of national unity, which he blamed on the existence of vernacular shools.

The son of former prime minister Tun Dr Mahathir Mohamed, who is running for the post of Umno Youth chief in the March party polls, was speaking to reporters on the roiling debate over the concept of Ketuanan Melayu and asked component leaders not to exaggerate the meaning of the phrase.

Deputy MCA President Datuk Seri Dr Chua Soi Lek said last week that he accepted Malay leadership but not Malay supremacy. Saying that the term "ketuanan" was interpreted differently by different communities, Mukhriz said that it was not a term used to denote a relationship of "master and slave," as suggested by Dr Chua.

"I do not feel like a Tuan," he quipped.

"Of course pupils should have the option to study their mother tongues. With a single system, Malays will also have the option of studying other languages like Mandarin and Tamil and this will boost unity," he said.

Mukhriz said most countries practiced a single school system and as such it was time to do away with the vernacular school system. The Umno Youth chief candidate said he hoped other Barisan Nasional (BN) leaders would not react negatively to his suggestion.

"If they reject this suggestion, then they should say why they are against it.

"How can they talk about unity and question Malay rights, while they still insist on having a different school system for their race?

Mukhriz added that if non-Malays continue making statements about Malay supremacy, they should not be surpirsed if the Malays started talking about the economic supremacy of the non-Malays.

"Malays do not feel in any way superior or the master when it comes to the country's economy," he said.

His remarks appear designed to tap the support of the Umno grassroots but is likely to add fuel to the debate on race relations. 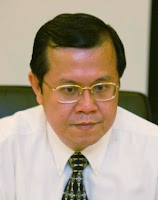 "Mukhriz is just one of the many who are now repeating the same polemics that are a few decades old, simply because of the advent of their party's poll," the Transport Minister said.

"It is saddening because politicians cannot think out of the box," he wrote in a blog posting.


What if Azmin Ali or Hadi Awang or RPK had made remarks on abolishing vernacular schools? The next thing you know,they will be ISAed to Kamunting. Mukhriz is from UMNO and anything from UMNO its OK................

As far as I am concern I dont give a damn about the whole issue, let UMNO fight with its component parties and see them die a slow death. The education system is so polluted with political matters and that everyone wants to be the champion of their own race especially when party election is around the corner.

I am so pissd off with our UPSR,PMR and SPM results. Do these results really reflect student performance or are the results being manipulated to please the political masters? No wonder a great number of our "pak menteri" are sending their children overseas for education. What does it tell you....your guess is as good as mine.........

The Pak Menteri are not only sending their kids to oversea but check out yourself even our Education Minister send his kids to Garden International School so do his cousin's kids - Najib.

And yet they were talking about Malay Supremacy and helping the poor Malay folks..sigh !!

When the Malay had opened their eyes and start supporting PKR and PAS..then they scream like a dog on the street and yet blame HINDRAF and BERSIH demonstrators as a bunch of monkey..whereas they themselves is even worst than a monkey.

Good arguement there by Mukhriz

Do read my take on this issue.
Regards
http://balankumarpremakumaran.blogspot.com/

Melayu will always be the 'tuans' in their own lands.

Just like the chinese in china and the indians in India.

This is something that the chinese and Indian minorities need to understand and accept. By 2020 the malay population will be almost 70%, so like it or not melayu will always be 'tuans' (masters).

It surprises me that the minority groups choose to seperate themselves by going to different schools, rather than integrating and getting to know their 'tuans'.

Vernacular schools were never printed in the constitution. Constitution only said that other races were free to practise their own religions, cultures and beliefs. Obviously some chinaman twisted the facts (as usual).

Amiable brief and this mail helped me alot in my college assignement. Thanks you seeking your information.