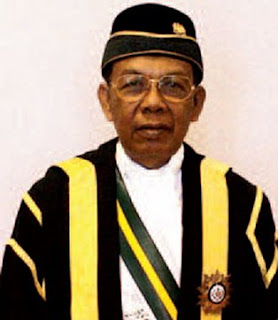 The Judicial Appointments Commission (JAC), the Bill of which was tabled for first reading in the Dewan Rakyat on Wednesday, will lead to problems where the appointments of the Chief Justice and president of the Appeals Court is concerned, said newly-retired Chief Justice Tun Abdul Hamid Mohamad.

He said problems would arise as among members of the commission would be those in line for the two posts.

"I just want to draw the attention of the Members of Parliament (MPs) in raising this so that they will give it careful thought before making their decision," he told Bernama here today.

"It is also noted the JAC comprises of nine members, including five senior judges, four of whom are the most senior in the country."

He also referred to Clause 5 of the Bill which provides for the JAC to be made up of nine members comprising the CJ as the chairman, Appeals Court president, Chief Judge of Malaya, Chief Judge of Sabah and Sarawak, a Federal Court judge and four eminent persons appointed by the Prime Minister.

According to Clause 21 of the Bill, the JAC is entrusted with the responsiblity to select suitable and capable candidates as judges of the higher courts. Candidates must meet several criteria, including being persons of high moral values and integrity, besides judicial capability.

"In making the choice for Appeals Court president, the Chief Judge of Malaya, Chief Judge of Sabah and Sarawak and the Federal Court judge, who are members of the JAC, have a stake in the matter. This means they will have to abstain from participating in the proceedings.

"And as the Bill states that a minimum quorum of seven members must be met in making these appointments, it might be very difficult to meet this requirement.

"It becomes more complicated when it comes to appointing the CJ. The Appeals Court president, Chief Judge of Malaya and Chief Judge of Sabah and Sarawak have a stake in the matter and as such, they will have to abstain in the selection process. Again the minimum seven persons quorum requirement cannot be met," said Abdul Hamid, who retired in October.

Should the CJ be unable to be present when the selection meeting is held, he said the meeting would have to be carried out without him, the Appeals Court president, Chief Judge of Malaya and Chief Judge of Sabah and Sarawak.

"This will have two consequences, first the quorum cannot be attained. Secondly it means for appointments at the lower rungs, there will be a full quoru, including the four senior most judges but when it comes to the top judge, these four senior judges will not be able to partake in the meeting.

"It also means when it comes to appointing the CJ, the meeting will only be attended by a federal court judge and four non-judges who are appointed by the Prime Minister.

"Is this the real purpose of the Bill? I am just bringing it up so that the MPs can ponder about it," he stressed.

Asked about his view on the setting up of the JAC, Abdul Hamid declined to comment saying it was a policy matter that came under the purview of Parliament. The JAC was mooted to reform the Judiciary for greater transparency and integrity in the administration of justice in the country.