Nominations for the Kuala Terengganu parliamentary by-election will be held on Jan 6 next year and polling on Jan 17, in the event of a contest.

Election Commission (EC) deputy chairman Datuk Wan Ahmad Wan Omar, in announcing this after the EC meeting today, said the respective writs and notices would be issued on Sunday and Dec 21.

He said the dates were fixed after taking into account various factors, including the weather forecast from the Meteorological Department which said that Terengganu would be experiencing certain weather conditions in the near term.

"The EC has 60 days to hold the by-election, so there is no reason to rush it after taking into account the weather and year-end factors and the manpower needs because 70% of the election worker comprise teachers who are having their year-end school holidays.

"Jan 17 is the most suitable date because it gives all parties concerned ample opportunity to prepare, especially the contesting parties in the selection of their candidates," he told reporters at the EC office here. 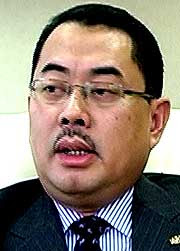 Wan Ahmad said the electoral roll which was verified yesterday and gazetted today would be used for the by-election. The electoral roll contained 80,229 registered voters, comprising 79,194 ordinary voters and 1,035 postal voters.

He said there would be 36 polling centres, 143 polling streams and 877 workers.

The meeting also agreed to set up two election campaign enforcement teams to monitor the campaigning, each headed by an enforcement officer and would comprise representatives of the candidates, the local authorities and police officers with the rank of inspector and above.

Covering an area of 60,528.1ha, the Kuala Terengganu constituency is one of eight parliamentary constituencies in Terengganu and is regarded as important because it houses the state and federal administrative centres and is the seat of the state capital, Kuala Terengganu, which gained city status on Jan 1 this year. 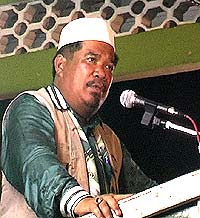 The rapid development of the place is reflected in the construction of structures like the Sultan Mahmud International Airport, Gong Badak Sports Complex and the Universiti Darul Iman (UDM)and Universiti Malaysia Terengganu (UMT)campuses.

The staging of the annual Monsoon Cup yachting race in Pulau Duyong since 2005 had helped put Kuala Terengganu on the world sporting and tourism map while the Islamic Civilisation Park is fast becoming a tourist attraction.

He retained the seat with a 628-vote majority in the March 8 general election, polling 32,562 votes against PAS vice-president Mohamad Sabu (31,934). An independent candidate, Maimun Yusof, 89, polled 685 votes and lost her deposit.