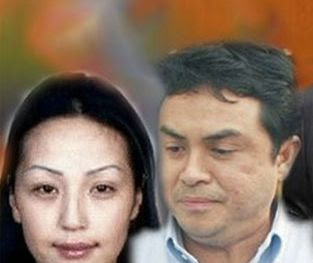 Lawyer Karpal Singh, acting on behalf of Altantuya Shaariibuu's family, today filed an application at the Shah Alam High Court to compel the prosecution to appeal against the acquittal of political analyst Abdul Razak Baginda.

Karpal also filed another application for an extension of time to allow the prosecution to file the appeal.

Karpal's applications today followed the decision not to appeal against the acquittal of Abdul Razak at the end of the prosecution case.

Shah Alam High Court judge Mohd Zaki Md Yasin acquitted Abdul Razak on Oct 31 on the grounds that the prosecution had failed to prove a case against him.

He was charged with abetting two police officers with the 2006 murder of his former lover Altantuya, whose body was blown up with explosives in a jungle clearing.

He could have faced the death penalty by hanging if found guilty.

The two others - chief inspector Azilah Hadri, 32 and corporal Sirul Azhar Umar, 37 - from the elite Special Action Force (UTK) which guards the prime minister and deputy prime minister - were however asked to enter their defence to the charge of murder.

Make sure those involved in Altantuya's murder case will have restless nights forever and lets send them to hell........