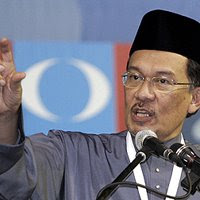 The drubbing that the long-time ruling Barisan Nasional received at the hands of the Opposition on March 8 is still very much the story of the year. There is a chance it may also be the story of the decade, and probably it is going to be a major landmark in the country’s political history. As alluded to by many analysts, it has fragmented Malaysian politics. And the two-thirds majority that the BN had been brandishing for 50 years as a totem of its "divine right" to rule may not be within the grasp of any ruling group for a long time to come.

March 8 has certainly changed many things and shaken many old assumptions and perceptions to their very foundations. The voters too have realised the power they have and are not about to be taken for granted any more. It has put out to pasture many old cows once considered as sacred and installed new values once thought unacceptable. Because of it nothing is likely going to be the same again.

In fact it is because of it that Prime Minister Datuk Seri Abdullah Ahmad Badawi is stepping down, rather unprecedentedly, a year after winning a new mandate, albeit a slimmer one, and after only about five years in office. Perhaps in his memoirs he will attempt to explain why, after winning the biggest mandate in the country’s history in 2004, he was given a such a stinging rebuke four years later which emboldened his own party men to publicly demand his resignation. Perhaps he will also explain why he called the elections one year ahead of schedule and when his popularity was at a low ebb following the massive street demonstrations three months earlier and the anger that they generated was still smouldering.

In the many analyses written by all kinds of mavens and pundits – academicians, journalists, think-tankers and just plain observers – two considerations seem to stand out as reasons for the early polls: Datuk Seri Anwar Ibrahim and the prospect of a deteriorating economy. Some of the writers tried to present an honest and objective analysis but others made no attempt to conceal their sense of jubilance that the once mighty national ruling coalition was snubbed as it had never been snubbed before. Thus, some noticeably wrote with a vengeance. Few highlighted the fact that the results took almost every one by surprise. But the hyperboles they used to describe what happened were as if the BN was already wiped out, erased.

Elsewhere in the world such results would be welcomed with fireworks, street-dancing and all forms of merry-making instead of the gloom that shrouded the BN camp in the early hours of March 9. It was only eight seats away from winning two-thirds of the seats in the Parliament and lost only five – Penang, Kedah, Perak, Selangor and Kelantan – of the thirteen state governments. 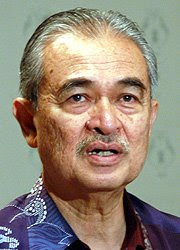 Perlis is now a BN island in the north while the southern states seemed to have thumbed their noses at the efforts of the PKR-DAP-PAS combine, now a loose Pakatan Rakyat coalition. Seemingly unfazed were Sabah and Sarawak whose total seats now keep the BN from collapsing altogether at the federal level. But then so used was BN to the magic two-thirds majority for almost half a century that it became its own benchmark of victory. Thus, it is not hard to see why for the BN March 8 was a disastrous outing.

The opposition parties – for decades almost despairing of ever denting the BN carapace – also saw the results as a rout for the ruling coalition and used all kinds of hyperboles to describe them.

It is obvious, as pointed out by the numerous analysts, the BN had squandered the massive mandate and the goodwill the voters had given it in 2004. In fact some said it was the huge mandate that did it: make the government arrogant and complacent.

The early euphoria generated by such musical soundbites as "work with me and not for me" and "I am the prime minister of all Malaysians" soon dissipated as the government’s credibility was called into question a year later over what it promised to do but did not do. And then came such scandals as the V.K. Lingam video clip and the Mongolian Altantuya Shaariibuu murder and rumours and blogs of other scandals including those involving people in high places. To erode the government’s credibility even further was the perception that it was "closing one eye" to corrupt practices in the public sector. And then came the disgust and anger. If there is one icon to represent this arrogance and total disregard for the feeling of others, including members of non-Malay BN parties like the MCA and Gerakan, it is the waving of the kris at the Umno general assembly in 2005, 2006 and 2007 and the accompanying battle cry of "ketuanan Melayu".

Indeed the opposition parties used posters of the arm waving the kris to great effect in many non-Malay constituencies to whip up anti-BN sentiments among the voters. In many campaign speeches it symbolised a rejection of multi-culturalism and an imposition of Malay dominance. Repeated often by opposition party campaigners was an Umno leader’s statement that it did not matter if the non-Malays did not vote for the BN because the Malays who formed about 60% of the population would.

A number of analysts also mentioned the hesitant, improperly managed and uninstitutionalised openness of Abdullah’s administration which allowed issues to be discussed and debated in public but were stopped when they seemed to threaten and to undermine public order. For whatever it is worth the openness allowed hitherto sensitive issues to be publicly aired but by stopping discussion when things were getting out of hand the government was seen as unreasonable and unfair and succumbing to pressures exerted by only one section of the society.

For instance, discussions on the idea of an Inter-Faith Commission (IFC) were initially encouraged by the government until protests by a coalition of thirteen Muslim NGOs ended it. The same group of NGOs also scuttled public discussions on problems related to conversion and apostasy sponsored by the civil society group which called itself Article 11. And it was the problems related to conversion and the government’s seeming paralysis and indecision over them that allowed Hindraf’s influence to eclipse that of the MIC, a BN component, among the Indian voters.Some analysts also credited the voters, influenced and egged on by such organisations as Bersih, with a new found boldness and willingness to experiment. The result was Umno won only 78 seats of the 117 it contested, the MCA 15 out of 40, MIC three out of nine and Gerakan two out of 12. 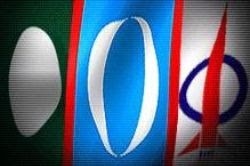 For the first time the opposition parties, mounting a coordinated campaign and exploiting all the issues at hand, managed to win a total of 82 seats among them in the 222-seat Dewan Rakyat – PKR 31, DAP 28, PAS 23 and Independent one. Also, as the BN is discovering, the old formula of keeping the parties together no longer seems acceptable. The so-called BN framework is ridiculed, Umno’s hectoring is openly criticised and its insistence that certain issues are not to be publicly discussed has been ignored.

Such was the loosening of the "framework" – probably Abdullah is an inept coalition manager – that in the recent party election campaigns of the partners and the on-going Umno elections, much of the debates that raged during the run-up to March 8 are revisited. Such are the anger and frustration expressed that a few parties have openly stated that they are reviewing their participation in the coalition. One small Sabah party has already left.

But many BN leaders are hopeful that after the dusts of March 8 have settled, the anger burning itself out and sanity prevailed their parties will coalesced even stronger but on a new framework. If Abdullah had called an early election simply to keep Anwar out of parliament he must have discovered that it was a mistake. Because he was not a candidate Anwar was free to move all over the country to appeal to voters to "vote for anything as long as it is not the BN". And he is now the Parliamentary Opposition Leader. Abdullah may be right on the economy though. - Zainol Ahmad 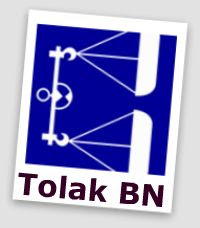 To many UMNO/BN diehards the event of March 08 is only a temporary set back and they believe that eventually the rakyat will return to vote for them in droves in 2013. The only drawback is that UMNO/BN are still being lead by the same old dinosaurs that are supposed to be extinct.

To the opposition, they had been enthrusted by the rakyat to bring about changes. The 5 Pakatan Rakyat gomen is a test to see whether they really "cakap serupa bikin". To the leaders of Pakatan Rakyat, the rakyat had faith in you when they voted you in. So proof yourself a worthy choice of the rakyat.

To the rakyat, they have the final say as to whom will they support, UMNO/BN or the opposition Pakatan Rakyat. But if the current Pakatan Rakyat's leader behaves like their UMNO/BN conterparts then it wont be suprise, if another political tsunami strikes come 2013.

those dinosaurs are here to stay coz can make big bucks.......