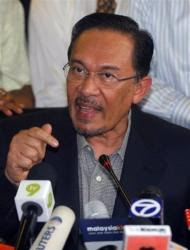 Anwar Ibrahim today questioned the necessity to prepare a geo-technical report on the Bukit Antarabangsa landslide when a similar 15-year-old Highland Towers report has been on the ftable for all to follow. Instead he suggested that the federal government carries out an “open, independent and thorough investigation” to unearth the reason behind last Saturday’s tragedy, which took place near the location of Highland Towers.

He said the comprehensive geo-technical report on the 1993 Highland Towers incident had covered all areas, including drainage system and soil erosion. It made a number of recommendations for preventive and remedial measures to avert similar incidents in future.

Anwar, then the deputy prime minister, was in charge of the search-and-rescue and relief operations during the Highland Towers catastrophe in which one of the two apartment blocks collapsed following a landslide, killing 48 people.

Acknowledging that it was a sad episode for Malaysians, he pointed out the report also mentions the court rulings made as a result of a legal wrangle between the survivors and the authorities and developer, in which local councils were given immunity.

“It was a comprehensive report that should have formed the basis of all future hillside projects. However, 15 years later, we face the same problem. Why is it that rules spelt out are not followed?” he said, speaking to the press in Permatang Pauh, Seberang Perai.

“Why do we a need another report? We've already had one for the past 15 years."

Anwar did not mince his words when taking a swipe at the previous Selangor government for "negligence" in Bukit Antarabangsa, which has resulted in the loss of lives and damaged to property.

“The state authorities are responsible and accountable for such projects. The previous state government has definitely failed to protect public interests,” said the PKR de facto leader.

He pointed out that current Selangor Menteri Besar Khalid Ibrahim had 90 hillside project proposals to approve when he took office in March.

“Most projects have to be approved because of their legal implications,” he lamented. 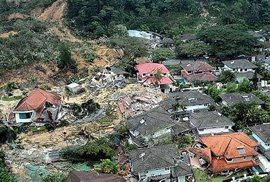 Who approved the project?

Anwar wants an investigation to probe the causes of the latest landslide, including whether there has been malpractice and negligence when the project was approved and constructed some 15 years ago.

“The public is entitled to know whether the project was approved according to rules, who approved it and whether corrupt practices were involved,” he said.

He was critical of the usual closed-door probe carried out by the government into such incidents. The investigating team would submit a report to the minister who, in turn, tables it to the cabinet for deliberations. He criticised the federal government for attempting to play the blame game and trying to sweep unanswered issues on the Bukit Antarabangsa landslide under the carpet.

“This is the problem in our system - avert the core issues and (engage in a) massive cover up. It’s not going to solve the problem at all,” he added.

In the latest development, rescuers have this evening found a decomposed body, believed to be missing Sri Lankan maid Lourdes Mary. However, it was later discovered to be the carcass of a dog.

Well,the gomen never lesson their lesson, even the Ligam's video tape report is still being moved around from one department to another....................