Will UMNO protest when Idris Jala's contract is extended.... 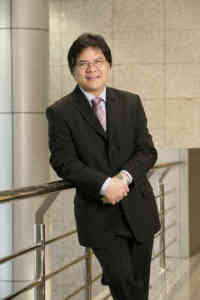 Malaysian Airline System Berhad (Mas) managing director, Idris Jalla 's contract that ends on November 30, has been extended by another three years. Idris Jala, who was appointed to the position in 2005, has been tasked to turn around the airline company.

In a statement issued to Bursa Malaysia, Mas said that the contract will take effect from December 1 to November 30 2011.The airline company has been facing huge challenges that have been compounded by the global financial crisis.

Will UMNO goons & those ketuanan Melayu fanatics protest his appointment too? Btw. Idris Jala is not a Muslim.

MAS was given to an UMNO ball sucker named Tajuddin Ramli & he nearly sold MAS.....yet the gomen bailed him out by paying the same price he was offered before.

So as for MAS you rest be assured they wont dare to protest.