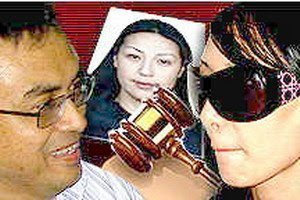 Political analyst Abdul Razak Abdullah Baginda, who was acquitted of abetment in the murder of Mongolian Altantuya Shaariibuu, can breathe easy after the prosecution confirmed today that it will not appeal the decision made by the Shah Alam High Court two weeks ago.

Deputy public prosecutor Tun Abdul Majid Tun Hamzah, who is leading the prosecution, said in a statement today that there would be no appeal because the trial judge had made a finding of fact in acquitting Abdul Razak.

"(There will be) no further comments in view that the case is continuing with the defence of Azilah (Hadri) and Sirul (Azhar Umar)," he said.

Abdul Razak was alleged to have abetted Chief Insp Azilah Hadri, 32, and Corporal Sirul Azhar Umar, 36, who are charged with murdering Altantuya, 28, in Mukim Bukit Raja between 10pm on Oct 19, 2006, and 1am the following day.

The two Special Action Unit operatives are scheduled to enter their defence on Jan 15 next year.

No appeal for a murder case, yet in Raja Petra’s habeas corpus case, the appeal is made like lightning.

In Anwar sodomy II, the prosecution is appealling so as the case be transfered to the High court.

As long as UMNO is still in power..this will never end. I hope Mongolia Govt could take up the case to International Court soon. Eventhough RB do not murder Altantuya but he is still the reason why she was here in 2006. At least he must be implicate with something. I maybe prejudice here but smell of a dead rats can be known easily...sigh..!!