PAS is now a doctor who can save a sick UMNO...

In the next few days, there will be yet again the usual combative and noisy voices coming out from PWTC. Najib the UMNO president will initially be his usual imperial self- detached and unmoved by the vitriolic outpouring. Expect at the closing of the assembly, for Najib to come out sounding most warlike. Najib and the UMNO hoi poloi are actually like two peas in a pod- cut from the same cloth.

Yes the annual UMNO General Assembly is here again. The party elections are over. All the president’s men were voted in. Mukhriz Mahathir despite getting more popular votes than Hishamudin Hussein, lost in his bid to get one of the VP posts. Hishamudin survived a strong and spirited challenge from Mukhriz because the Electoral College system which UMNO has adopted favoured the incumbents and office holders.

Mahathir is angry because Najib’s men spent more money than Mukhriz to maintain their status quo. But expect the man who can walk on water to come out with guns blazing especially now that he’s out of PETRONAS. In the next few weeks many revelations will be out on PETRONAS that will shock the country. Mahathir wants to disengage because he doesn’t want to be guilty by association. Petronas is the ATM for the thieving political leadership.

The non-Malays will be attacked and portrayed as the rapacious and greedy ingrates forever treacherous and conspiratorial, planning to take away the rights of the Malays. The non UMNO Malays will also be much badmouthed. In the UMNO world, the only Malay is an UMNO Malay.
Malays must be protected at all costs and because of that, UMNO must unite for the sake of Malays and Islam. UMNO will reach out to PAS. Malays are imperilled, Islam is under attack, let us unite.

Of course no one can stop PAS if it wants to embrace UMNO. I hope PAS does not make a fool of itself. It must not degrade and lower itself though. If UMNO courts PAS, then PAS commands a premium price. Like the Indians of old who marry, if the prospective bridegroom is a doctor, the bride pays a higher dowry to cover not only the groom but also for his extended family.

PAS is now a doctor who can save a sick UMNO. So PAS must demand a higher dowry say for example insisting that Hadi becomes DPM and PAS be given the defence and Finance ministries. If PAS wants to accept the overtures of a black-widowy UMNO, it must not sell itself short.  Ask UMNO for Perak and pay Kelantan all its royalty.

The overriding theme is Malays must be protected against all siege. In an attempt to insulate and protect UITM from the evil clutches of the greedy non Malays especially the Chinese, there will be calls to make UITM into a Royal University. That will ensure UITM can never admit non Malay students. In doing so, the Malay right wing groups hope UITM will acquire the invincibility of Malay rulers. If UITM does get this stature, I hope its students can still walk and chew gum simultaneously.

There will be noisier demands to secure economic Bumiputeraism- which essentially boils down to justifying the concentration of wealth and income generating resources in the hands of a few selected Malays for and on behalf of the faceless Malay masses.

DAP will be singled out as the Chinese political ogre- a party which is hell-bent to take away all things Malay. I hope the Malays can see through the defective reasoning of UMNO as regards DAP. UMNO doesn’t want Malays to join DAP and yet decries the fact that not many Malays get into DAP’s CEC. How oxymoronic is that argument. You want more Malays in CEC, then more Malays should join DAP. The Malays have no reason to fear DAP.

Would it be reasonable to expect DAP to spearhead the interest of Malays? For the DAP to pursue wholly sectarian interests of the Chinese nowadays is already difficult and I will explain why later. UMNO speaks about Malay agenda day in and day out for 24 hours and so has no moral authority to stop others from doing so.

Can the KDM people in Sabah not talk about their interests? So if Malays excuse their conduct by resorting to their special position, that cannot be an excuse to stop others from speaking of their not so special interests.

We cannot stop DAP or for that matter any other Chinese political parties from speaking about their interests. Do we see any Malaysian Indians and Malays inside MCA? No, but we have not heard of UMNO politicians accusing the MCA people of being Chinese chauvinists when almost all Malays know that MCA is more insidious and sly. It’s a business outfit!.

Look at what the MCA people did to PKFZ. The Malays placed a bunch of crooks there to rob the country dry. MCA has not stopped talking about Chinese interests. I would rather engage a party that states clearly its intentions rather that walk alongside a friend that stabs you in the back.

So don’t expect the ridiculous from DAP. As a party that gets its main support from the Chinese community, it would be suicidal for the DAP not to talk about matters that affects the Chinese community. Can we stop UMNO from talking about matters that affect Malay interests? Accusing DAP of being a chauvinist party depends on who is doing the accusing. Others can accuse UMNO as being a Malay chauvinist party now. 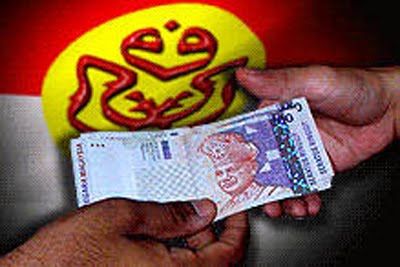 I have talked about this matter. Its impossible to disregard or abandon our ethnicity. But keeping our ethnicity and the things that affirm our ethnicity( language, customs etc.) is a different matter, being racist is another matter. We ALL are true to our heritage but racism and being a racist means that you have an irrational contempt towards another because he or she is different. Being racist also means you have malicious intent and inherent ill will towards those different from you. We must distinguish between these two. Remaining true to our heritage or being a racist.

DAP knows this and it has evolved and adapt. A species that doesn’t know how to adapt, perishes. For example adapting to the external environment. The political reality is this. The majority in this country is Malay and any political party must factor in the Malay element. UMNO is stupid because it does not want to adapt. The Chinese is 24% strong and UMNO’s refusal to factor in the Chinese element is short-sighted. But let it be.

MCA is a Chinese based party but its so corrupted and is so compromiseable that it allows itself to be Malaynised. It has lost the trust of the Chinese.Because DAP does not want to be known as a chauvinist party or a party for one particular race, or that it does not want to remain perpetually as an opposition party, it has evolved and adapt. And part of this adaptation and evolution sees it factoring in the Malay element inside its overall political objectives. But the factoring in of the Malay element does not take the form by which UMNO wants to dictate on others. The Malay problem is part and parcel of the larger problem facing all groups that are marginalised and tyrannised.