The contractor who built a mosque in Terengganu which saw its roof collapse in 2009 went on to build another mosque in the state, and the roof of this structure also collapsed in September, claimed an opposition MP.

What is even "scarier", he said, the same contractor is believed to have built "several other projects" in the state and was not blacklisted as claimed by the government in a reply to Parliament last week.

"I understand that the same contractor built several other projects, which have not yet collapsed, but maybe coming soon. It is scary... Perhaps nothing will happen but the risk is there as their performance is poor.

"Today people joke that when you go to a mosque in Terengganu to pray, don't wear a soft skullcap but a metal hard hat, as the roof will collapse. It's a sick joke," he said.

However, when asked the identity of the contractor in question, Raja Kamarul Bahrin said he needed to do further checks to confirm the contractor's full name.

"But I am sure the two mosques had the same contractor," he told reporters at the Parliament lobby.

Raja Kamarul Baharin, a prominent architect, added there is urgent need for the state government to now check if the same contractors behind the collapsed buildings had built other state structures.

This includes the contractor that built the 14-month-old Dewan Chancellor at Kolej Universiti Tati in Kemaman, which roof caved in on Monday.

"Everytime there is a collapsed structure, the state government will make noice and get angry with the Works Department.

"It is not about letting off steam but taking long-term action," he said.

He added that in the past five years, at least 20 structures have collapsed in Terengganu, signalling a "moral decay" within the government.

"The problem is enforcement and political will, that maybe these contractors have strong influence that they are awarded new projects even though they are problematic," he said.

He added the problem extends nationwide, with the auditor-general reporting that 83 government projects abandoned.

And yet the errant contractors were not penalised as about half of performance bonds or RM1.1 billion were not not collected.

"This is the people's money and should be collected to repair those ailing projects and or build hospitals and schools and so on," he said.

The Kolej Universiti Tati roof collapse is the third this year, following a collapse at Masjid Kampung Tebauk and Masjid Binjai Kertas. No injuries were reported.-malaysiakini


The construction of several school buildings in Sarawak has been found to be “unsatisfactory”, given that 38 out of 56 projects worth a total of RM1.054 billion were not completed within the stipulated time between 2008 and 2012.

The Auditor-General's Report 2012 also states that only 18 schools were completed and handed over to the state education department - but 389 to 870 days after the scheduled completion dates.

The auditor-general said the projects were awarded via open tender, limited tender or direct negotiations.

“Of the 16 projects that we visited, only one was found to have been built according to schedule. Eight others have been delayed, while the contracts for seven projects have been terminated or are in the process of being  terminated,” the report states.

“The ministry is in the process of appointing new contractors to complete the unfinished projects where the original contracts were terminated.”

The audit report further took note of “unsatisfactory supervision” and, in some cases, poor quality of construction.

Causes of the delay include the absence of soil investigation studies; the questionable financial standing of some contractors; and difficulty in getting construction materials as well as workers.

At SK Long Sukang in Lawas (right), soil investigations were not carried out, and a landslide later occurred at the site. At SMK Sebauh, Bintulu, soil erosion resulted in damage to the building.

“We also question the expenditure as (what has been spent) is not reflected in the physical state of the structure,” the report says.

Shoddy workmanship was observed in some projects, as a result of the contractor not studying the design drawings.

Proper supervision could have prevented bad workmanship to ensure that the facilities are safe and the ministry gets value for money, the report notes.

In its response, the Education Ministry pointed to various factors for the delay, including issues between the consultant and contractors.

“But the ministry remains committed to ensuring that pupils, teachers and other staff are placed in a proper environment,” it says in the report.

The ministry also conceded the point on poor quality of construction, explaining that it could be due to contractors out to make a quick profit.-malaysiakini 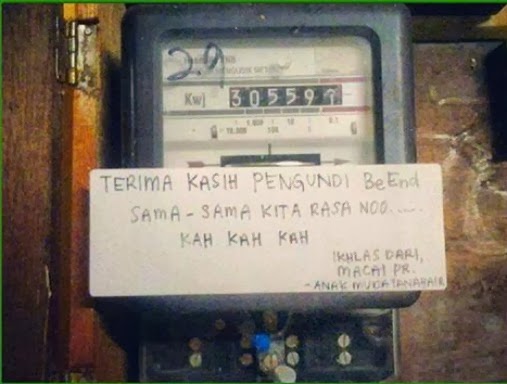