All set for big show between Najib and Anwar...

The stage is set, literally, for a 'conversation' with both caretaker prime minister Najib Razak and opposition leader Anwar Ibrahim to present their respective coalition's manifesto.

Seen as the closest to a 'debate' which Najib had been shying away from despite opinion polls showing the public's approval to such an event, the programme is being organised by none other than influential electoral reforms coalition Bersih 2.0.

While Anwar has confirmed his attendance, Najib has yet to respond.

Speaking to Harakahdaily, Farouk said whether or not Najib turns up tomorrow, the programme will proceed as planned.

Still, he hoped that the UMNO president will be present at the historic event.

"Since Najib claimed that this country should the best democracy in the world, he must prove that he is willing to debate as is practised in democratic countries," Farouk, who also heads Islamic Renaissance Front, told Harakahdaily today, while pledging to be objective in his role as moderator. - harakahdaily

Meanwhile,the Coalition for Free and Fair Elections (Bersih) has promised a "surprise" at its manifesto debate between BN and Pakatan Rakyat tonight, if caretaker Prime Minister Najib Abdul Razak or a BN representative do not show up.

Opposition Leader Anwar Ibrahim has already confirmed his presence and Bersih is still waiting for an answer from Najib, who is also BN chairperson, Bersih steering committee member Maria Chin Abdullah said."We are still waiting for a response from Najib. If there is no answer from his side, we will present a surprise to those attending the forum tonight," Maria said.

Najib, despite being BN's top leader, never accepted Anwar's challenges to debate to thrash out policies of the two coalitions, and tonight's Bersih event is seen as Najib's final opportunity to take part in a debate before the country heads for the 13th general election.-malaysiakini

Anwar - The Change Maker Of Malaysia...

For the last couple of years Malaysia has been going through major political and social changes and heading towards what some may say a more representational democracy. A lot of these changes have been attributed to one man who has made a second coming into Malaysian politics in recent times and seems to have a sure stake in the coming national election: Dato’ Seri Anwar Ibrahim.

A charismatic leader as he is, Ibrahim’s presence in the Malaysian political scene has never been as strong as it is now with the UMNO-led government going through a critical phase. The country is on the cusp of losing its moderate, non-communal image and Ibrahim has appeared as a strong voice for nationalistic sentiments. In 1998, Newsweek chose him as its “Asian of the Year” – in a fitting tribute to the man who struggled so hard to gain his people’s trust and confidence.

True prosperity lies in the happiness of people when they can live without fear or restrictions and a true leader is one who can give them that, who respects their rights, serves them honestly and lends a friendly ear to all that they want to say. This is especially relevant for a country like Malaysia that has so many diverse groups of citizens and ethnic groups. Anwar Ibrahim, with his modern outlook and pluralistic approach, has the makings of a true statesman who can unite the nation during times of crisis.

The current government of Najib Razak is infested with corruption which has been eating away the vitals of the nation. A number of politicians, journalists and civil society members have been incarcerated followed by questionable trials. There have been reports of state-sponsored human rights violations, putting a damper on the country’s enviable economic progress. On numerous occasions, Anwar himself stressed the need for liberalisation, social justice, an independent judiciary and free media.

In an Asian Renaissance forum in 2011 in Phnom Phen, Cambodia, Anwar said: “The demands of the people remain to be good governance, accountability for corruption, political empowerment and social justice.”

All these realities make Anwar a viable alternative at the helm of the country. The former deputy prime minister has both the ability and the resolve to guide the new generation seeking new leadership. He has the ability to command their respects and also of a good majority of the population. Malaysians would soon go to the polls with what Anwar calls ‘a sense of history in the making,’ and if everything pans out as predicted we may witness the rise of a new era of stability and prosperity under the leadership of Anwar Ibrahim. 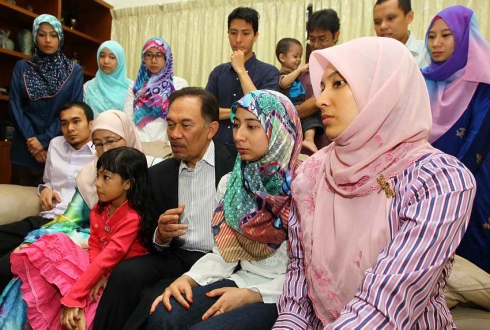 The growing public support for Anwar has been proven during the series of Bersih rally which is being considered as the Malaysian Spring. The rallies were supported by Pakatan Rakyat (PR), the coalition of the three largest opposition parties led by Anwar Ibrahim. The first Bersih rally was held in 2007, the second in 2011 and the latest in 2012—each a major success in terms of people’s participation and their outpouring support, and represented the early stirrings of a major political shift in the country.

Bersih has thrown “a massive spanner in the [government] works” as increasingly informed activists point to numerous corruption scandals and police brutality. But when it comes to voting, they will have to contend with a determined ruling party that has been accused of playing dirty to win. ”The electoral roll is our Achilles’ heel,” sighs opposition MP and Anwar’s 31-year-old daughter Nurul Izzah Anwar, herself a participant in the rally.

It is clear that Malaysian people want a change in leadership. The tenure of Najib Razak has not proved to be as promised. Anwar’s rise, however, is not without challenges. His rivals may implicate him in false charges like they did before to obstruct his move forward and to prevent him from taking part in the coming election. They may run false propaganda against him to tarnish his and his family’s image. Anwar has to fight against all that and given his track-record it is evident that he would give a good fight no matter what.

His other challenges would be to spearhead the changes Malaysia has been calling for and bring the country back on the track of economic, political, educational and cultural stability. He will be expected to deliver on the promises that his party made to establish the bumiputera as well as non-bumiputera rights, thus creating racial harmony in society. He would be also expected to keep up the spirit of the youths who are fed up with the autocratic and ‘out-of-touch’ government that ruled the country for so long.

In Nurul Izzah’s words, “What people want to see is a multi-party democracy, where the power would be coming back to the people. It’s about people being in charge.”- Hatef Mokhtar 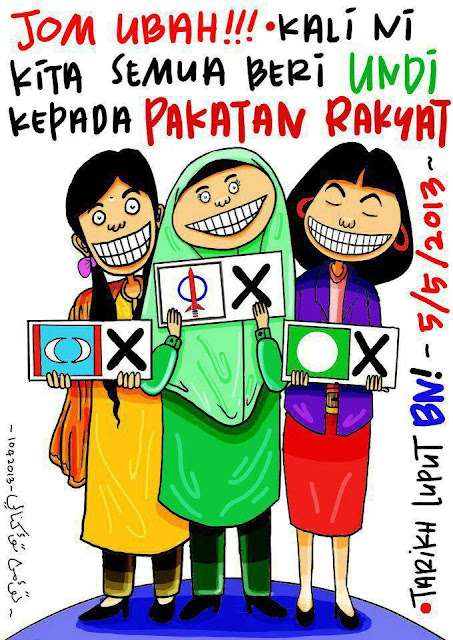