DAP chairperson Karpal Singh said DAP will contest under the PAS logo in the peninsula and PKR logo in Sabah and Sarawak in the general election with the Registrar of Societies' failure to withdraw its letter.

The party had appealed to the ROS to withdraw its Wednesday letter to suspend the party's existing central executive committee (CEC) but till this afternoon the department had been silent on the matter.

"Following this, we will do as what was decided yesterday and contest under the PAS logo in peninsula and PKR for Sabah and Sarawak," Karpal (left) said when contacted.

Nominations for general election candidates begins 9am tomorrow and closes an hour later.

PAS secretary-general Mustafa Ali when contacted also confirmed that DAP candidates will use the PAS logo in the peninsula.

"I have signed all the letters of authorisation of the DAP candidates (contesting in the peninsula)," said Mustafa.

He described this as "a historic" occasion for PAS, but brought about "by force" by ROS' actions.

Sarawak DAP chief Wong Ho Leng told a press conference in Sibu that the PKR authorisation letters are already on a flight from Kuala Lumpur to the state.

He said PAS had sent copies of their authorisation letters earlier which arrived this morning and had been given to candidates in rural areas for fear that the PKR letters would not arrive in time.
At a later press conference, Wong confirmed that the letters will arrive in Sibu by 6.30pm to allow his members to stand under PKR's banner.

Meanwhile, Sabah DAP election director Fred Fung (below) said that the authorisation letters by PKR for its candidates are already on the way from Kuala Lumpur.

"We have people standing by in Kota Kinabalu now to collect the letter and take it to our candidates in Sandakan and Melalap," he said when contacted.

Sandakan and Melalap are 319km and 157km away from Kota Kinabalu respectively.

All DAP candidates in Johor also received authorisation letters from both PAS and DAP this afternoon in Skudai.

The letters were handed over by state chief Dr Boo Cheng Hau.

DAP secretary-general Lim Guan Eng meanwhile said he will comment on the matter at a press conference at 6.30pm after discussing the matter with the party leadership.

Earlier today, ROS said it was in the midst of discussing DAP's request that it withdraw its letter.

“We will do the necessary (actions) later,” ROS director-general Abdul Rahman Othman said in a text message without elaborating further on the actions ROS will be taking.

DAP had last night demanded that the ROS withdraws its letter by 3pm today.

The ROS' letter, informing that it does not recognise the party's top leadership lineup, was the result  of claims of a "technical glitch" in the party's election's last year.

If ROS does not act on the letter's demand, DAP is contemplating contesting under the PAS banner in the peninsula and under PKR's in Sabah and Sarawak.

This is despite Election Commission (EC) chairperson Abdul Aziz Mohd Yusof (right) confirming  that DAP can still participate in the polls  regardless of non-recognition of its CEC.

Meanwhile, DAP chairperson Karpal Singh told Malaysiakini that the party will not be filing any application to challenge the ROS’ decision.-malaysiakini

DAP Penang may not be able to contest under its own Rocket symbol, but it can definitely make history by appointing the very first "PAS chief minister" here if Pakatan Rakyat retains the state despite the Registrar of Society's (RoS) position on the party's central executive committee (CEC).

During the party's candidate list announcement, the caretaker chief minister cheekily told his audience that even if the RoS decides to continue suspending the CEC, he has no problem contesting under other PR allies' banner.

"Our Pakatan Rakyat friends have offered their symbols, the PAS Moon and the Eye of PKR for us to contest under.

Knowing the anger in the hearts of party members and supporters, he also reminded them to stay calm and keep their heads cool.

"Cast your ballots on May 5 and show them that our spirits are not broken. They may have taken the Rocket away from us but... The Rocket. Is. Carved. In. Our. Hearts!" said Lim to the roar of the audience.- fq 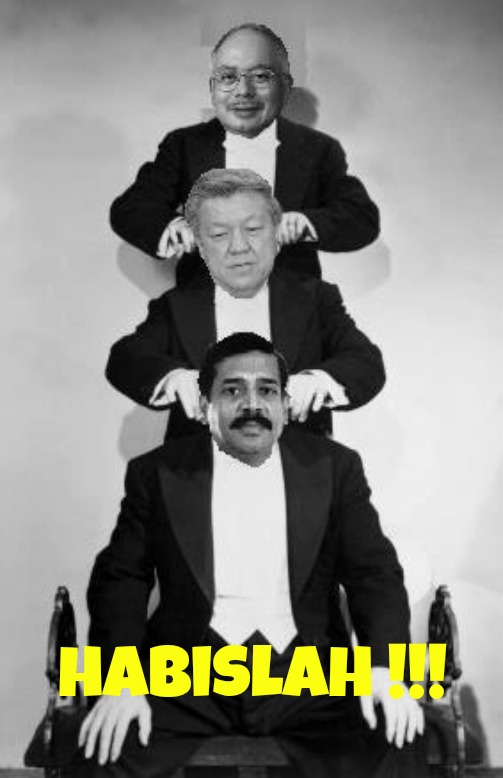 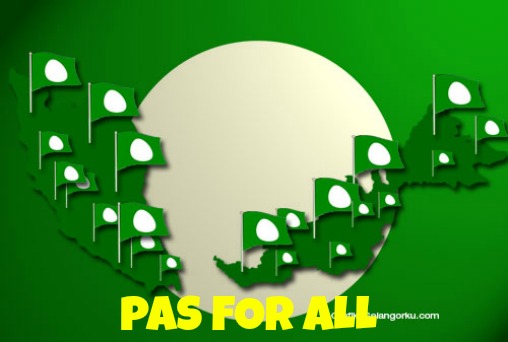 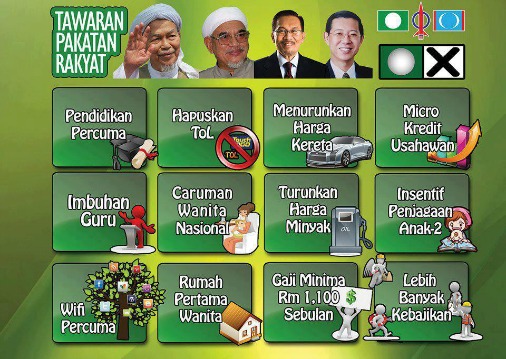