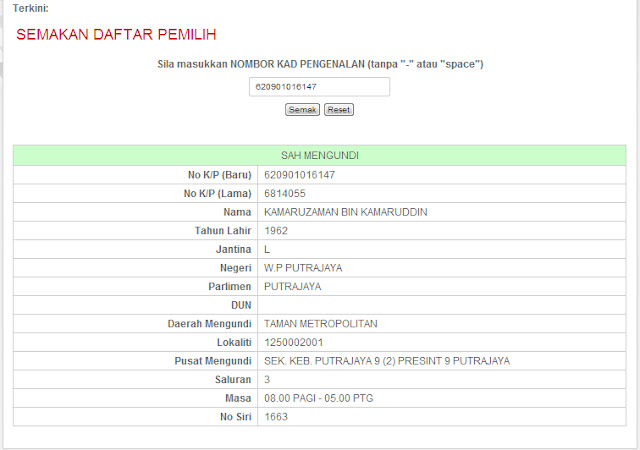 Anwar - No business as usual if opposition wins Johor...

Responding to remarks from the Barisan Nasional (BN) camp that the opposition will stymie the progress of the Iskandar region if Johor falls into opposition hands, Malaysian opposition leader Anwar Ibrahim yesterday dismissed these as scaremongering attempts and reiterated that the opposition wants the Malaysian economy to continue to grow and commitments would be honoured.

However, he said “investors, including (those) from Singapore, cannot assume that business must be as usual” should the special economic zone come under opposition rule. Among other things, he wants more opportunities for Malaysians. Speaking to TODAY while campaigning in Selangor, Mr Anwar said: “The politics of fear is always a tactic of the ruling establishment. Of course, our concern is that the economy continues to grow (and) whatever commitments were given have to be honoured.”

Nevertheless, should the opposition win Johor, there will be changes in policies. Mr Anwar said businesses in Iskandar will have to be “more transparent” and the opposition will “generate interest and participation (in the commercial projects) for the locals”.

“These are issues which will not in any way hinder investment or development,” he said.

Iskandar Malaysia was developed in 2006, and Singapore is the largest single foreign investor there.

Johor is known as a BN fortress. Going into the elections, the ruling coalition held 25 out of 26 parliamentary seats, and 50 out of 56 state seats. But political analysts have said that the opposition could make deeper inroads given the political developments since the last general election in 2008.

In recent weeks, UDA Holdings Chairman Nur Jazlan Mohamed and Malaysian Chinese Association president Chua Soi Lek have warned Johorians that investments worth billions of ringgit received by the Iskandar region and Johor would be stopped if the opposition is voted in.

UDA Holdings is a public listed company that started off as the Urban Development Authority of Malaysia.

But Mr Anwar pointed out that several of the so-called new faces had contested in the ’80s and ’90s. He also criticised the ruling coalition for fielding those “clearly known to be extremist in their views”, citing Mr Zulkifli Noordin, who had made derogatory remarks about Hindus.

He noted UMNO’s campaign leaflets which stated that should the opposition win the majority in Parliament, Islam will no longer be the official religion, the royalty will be abolished and all bumiputra agencies will be abolished.

“But I don’t believe that the voters are that gullible ... they are aware of the tactics,” he said.

Mr Anwar also downplayed suggestions that there was a rift within the opposition coalition Pakatan Rakyat (PR). In seven constituencies, the Parti Keadilan Rakyat and Parti Islam SeMalaysia — both part of the PR — have put up candidates against each other. But he said the clashes had been resolved “amicably”.

Yesterday, Mr Anwar spoke at rallies in rural areas to drum up support for the opposition coalition. Selangor is currently helmed by the opposition and the state seats held by the BN are mainly in the rural areas.

Mr Najib also hit the campaign trail in Selangor yesterday, including holding a walkabout in the Kota Raja constituency. Adding that it was crucial for the BN to recapture Selangor — one of Malaysia’s commercial hubs — Mr Najib told the people that their future is with the ruling coalition.

He also guaranteed that Selangor will never experience water supply interruptions again. He accused PR of putting the takeover of water concessionaires as its main focus.

According to The Star, he also told voters that the Pakatan partnership “won’t last”.

“They are even contesting against each other in seven constituencies,” said Mr Najib.- todayonline

Nusajaya’s better roads might not lead to BN victory in Gelang Patah...

The sights in Nusajaya, Johor’s new state administrative capital, encapsulate one of the major issues dividing loyalties among Gelang Patah voters, who in 12 days will decide how the most closely watched battle in Malaysia’s 13th General Election plays out.

Nusajaya is a key component of Iskandar Malaysia — which has attracted substantial investments from Singapore companies — and falls within the electoral boundaries of Gelang Patah. The smooth and spacious expressways there — rare in most other parts of Johor — represent compelling reasons to allow the Barisan Nasional (BN) to continue its work, some say.

Those in the opposing camp, however, point to the billboards along the expressways touting new residential projects and question if the progress has benefitted Malaysians or has merely jacked up their living costs.And away from the buzz generated by the high proile match-up in Gelang Patah between Mr Abdul Ghani Othman, 67, who was Johor’s Chief Minister for 18 years, and Democratic Action Party stalwart Lim Kit Siang, 72, residents cite the cost of living, security and education as issues that need  to be addressed.

Ms Noori Ahmad, 29, a store assistant, said: “The roads are better, many new houses, but my life (is) still the same ... just everything (is) more expensive.”

Mr Chee Kim Soo, 56, who owns a provision shop at Jalan Kacang Panjang — an old, quaint village that has been a cornerstone of support for the BN coalition — acknowledged that “life is getting harder”. He claimed that his utility bills and property tax have nearly doubled compared to just before the 2008 polls.

Iskandar’s success has resulted in the creation of thousands of jobs. There have also been other positive knock-on effects such as safer streets due to the authorities’ eforts to woo foreign investors. On the lipside, however, are rising costs and growing inequality, some Gelang Patah residents said.

Cabby Lee Hock Kheng, 55, said: “The place is still cheap but they make it safer, so many rich people want to come here.

But how many ordinary Malaysians can aford those houses?”

Despite the overall improvement in safety, security remains a concern among residents of other areas away from the Iskandar region, such as Johor Baru (JB).

Ms Jenny Li, 28, a Malaysian who commutes to her hairdressing job in Singapore daily, said: “It’s very hard to find a Malaysian from JB who doesn’t know someone who has been robbed or pickpocketed before.”

Nevertheless, it was evident that the contest between Mr Abdul Ghani and Mr Lim has got the constituency buzzing. In several cofeeshops and shops that TODAY visited, there were excited discussions among residents and many shopowners were spotted lipping through the newspapers, looking for election stories.

A resident, Mr Teoh Lee Beng, 44, who was attending an opposition rally, said: “The Chief Minister’s entry makes it interesting because I don’t think people here have many bad things to say about him as a person.” Mr James Toh, a 49-year-old businessman, said he was thinking hard about who to vote for, noting that Prime Minister Najib Razak had initiated promising economic and government transformation programmes.

However, concerns remain over the quality of education, as well as the government support for Chinese education. Mr Toh, who plans to have his teenage children attend Singapore universities, said: “From last time, more than 10 years ago, Malaysians have been sending their children to schools in Singapore or to work there themselves. The question is, will this change in ive years?” - todayonline 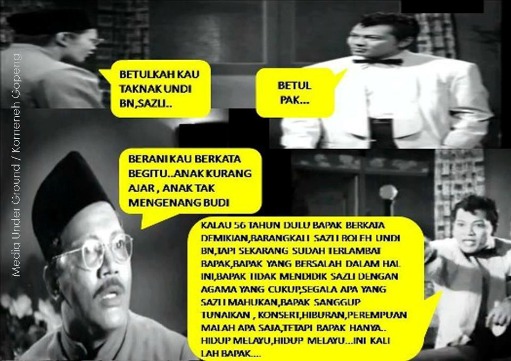