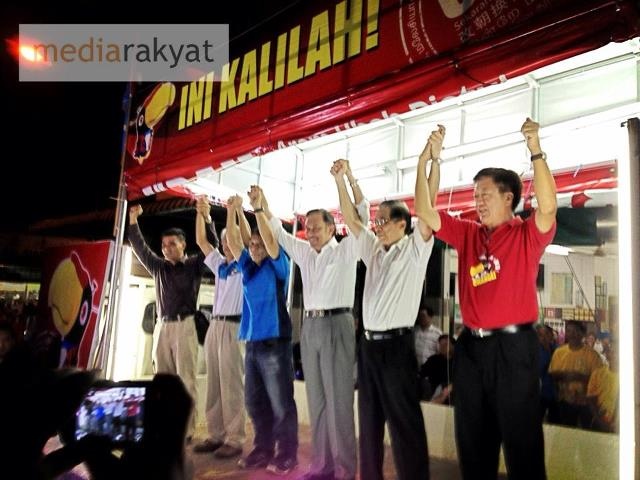 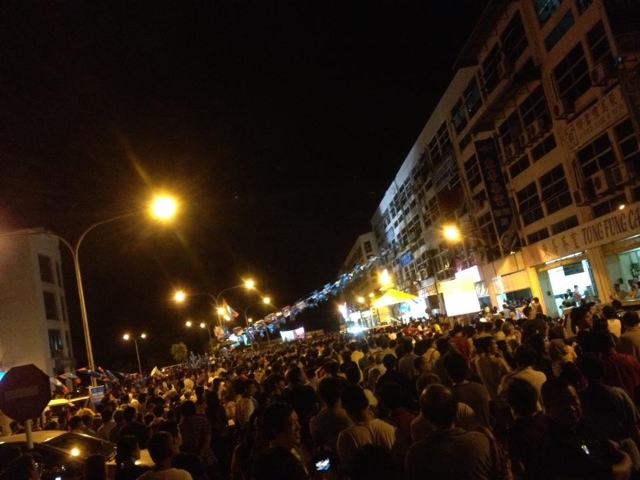 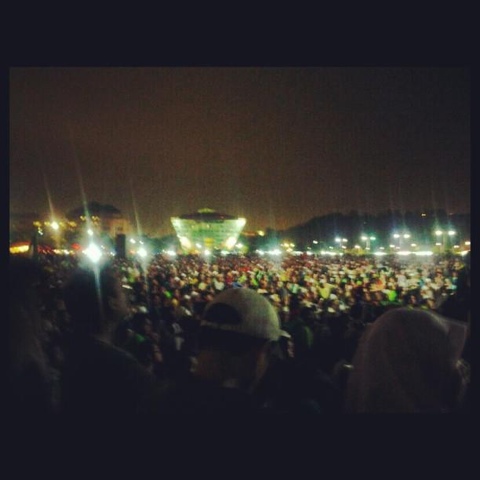 “Why are the Chinese against the government -- it’s simple,” Thai, 53, owner of medical glove-maker Supermax Corp. (SUCB), said in an interview last month. “We don’t want our children to suffer what we suffered, deprived from education, from career opportunities, from business opportunities.”

Chinese, who make up about a quarter of Malaysia’s population, are growing intolerant of affirmative-action programs for Malays propagated by Najib’s alliance of parties, the most recent national poll indicates. Any mass defection by Chinese voters raises the risk of the ruling coalition’s first election loss since it was formed after 1969 race riots.

The violence of 1969 helped persuade many Chinese to back Barisan Nasional, which Najib has led since 2009, as they accepted racial preferences for Malays as the cost of peace. Thai said thinking changed when the government’s electoral take sank in 2008 with little sign of renewed social unrest. “Everyone said, ‘Wow, the time has come,’” he said.

Now, the opposition, led by Anwar Ibrahim, sees the end of race-based policies that have hindered companies such as Supermax as key to long-term economic growth. Najib counters that his gradual reform of the affirmative-action programs will assure stability and avert a slide in stocks and the ringgit that would accompany any opposition victory.

“It’s a contest ultimately about visions -- do you believe the country is Malay-centered or a state of all its citizens?” said Clive Kessler, emeritus professor at the University of New South Wales in Sydney, who has studied Malaysian politics for half a century. “Najib no longer has adequate non-Malay support,” said Kessler, who estimates the ruling coalition must win about two-thirds of Malay votes to stay in power.

The FTSE Bursa Malaysia KLCI Index (FTSEMIB), which has lagged other Southeast Asian benchmarks this year, gained as much as 0.3 percent as of 11:10 a.m. today, poised to close at a record high. The ringgit was set to advance for a sixth week, its longest rally in more than three years, on speculation further monetary easing in Japan and Europe will boost demand for emerging-market assets.

About half of Malaysia’s 29 million people are Malays, while roughly a quarter have Chinese roots and the rest are mostly ethnic Indians or indigenous groups. One in five ethnic Chinese think the country is headed in the right direction, compared with 75 percent of Malays, according to a February survey by the Merdeka Center for Opinion Research, the most recent available.

In 2008, the ruling 13-party Barisan Nasional coalition won by its slimmest margin since it was formed, with three Chinese parties losing half their parliamentary seats. Anwar’s own multi-racial coalition, which includes a Chinese-majority party and a mostly Malay party that advocates Shariah law in criminal matters, has pledged to eliminate race-based policies to fight corruption.

“What we’re seeing with the implementation of the policy is enormous rent-seeking and patronage and corruption,” said Edmund Terence Gomez, a professor at University of Malaya in Kuala Lumpur who edited a book on the affirmative-action program. “The electoral trends clearly indicate that Malaysians are saying they’ve had enough of race-based politics.”

In 1969, Malaysia suspended parliament for more than a year after race riots in the wake of a close election killed hundreds of people. Abdul Razak, Najib’s father, then initiated the racial preferences in 1971 as the country’s second prime minister.

The New Economic Policy sought to raise the share of national wealth to at least 30 percent for Malays and indigenous groups known as Bumiputera, or “sons of the soil,” that make up about 60 percent of the population. They got cheaper housing and quotas for college places, government contracts and shares of listed companies.

While Najib has tweaked the policy for publicly traded firms and extended benefits to poorer members of all races, many other elements remain intact. Malaysia favors Bumiputera companies in awarding contracts from the government and state- owned enterprises, the U.S. Trade Representative wrote in a March report. - Daniel Ten Kate,Bloomberg Businessweek.