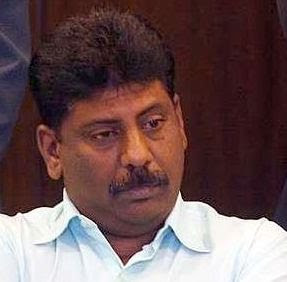 PI Bala threatens to bare all if MACC keeps mum...

In a letter to the Malaysian Anti Corruption Commission (MACC) that Malaysiakini has sighted, Balasubramaniam who is in hiding in India said the information he possesses is already in the hands of foreign journalists and would be released if the commission continues to do nothing.

"My lawyer is holding everything for me. Also foreign journalists have everything. (They are) just waiting for my instructions and then (they) will release everything.

"By then (it would be) too late. As I said, please inform me or my lawyer within seven days, otherwise I am not responsible for what happens," he wrote.

"Why is the MACC not doing anything about my case since 2008? Is it because it involves the prime minister?

"My case is very clear, you don't have to investigate much. I have already given you all the evidence you need," he wrote.

He noted that the MACC had initially asked for an interview with him in London, but had not turned up at the last minute.

Subsequently, Balasubramaniam said he had answered all of MACC's questions which were couriered to him.

"You will recall that I assisted you by answering all your questions and had my affidavit affirmed and sworn before a notary in London as you requested.

"My lawyers then personally delivered this affidavit to your office in Putrajaya in August 2010," wrote the PI.

Balasubramaniam claims that some people had bribed him to get him to implicate PKR leaders, including party de facto leader Anwar Ibrahim, of paying him to commit perjury in his 2008 SD linking Najib with the murdered translator.

He said he was approached by the same people - businessman Deepak Jaikishan and a police officer by the name of Suresh - who had threatened and subsequently paid him a substantial amount, to sign a second SD to say that his first sworn statement was made “under duress’.

A key figure in the Altantuya murder controversy, Balasubramaniam fled to India with his family after signing the second SD.

Balasubramaniam later said that since then, Deepak and Suresh again approached him in April last year to bribe him to implicate PKR leaders.

In his letter to MACC, he complained, "I have given you enough time (to act), so far nothing has happened, zero.

"I am sitting here in Indian and cannot come back to Malaysia as I am afraid for my safety. I have got no job. How long do you think I can survive?" he wrote.- malaysiakini

The postponement of the appeal hearing of two Special Action Unit personnel on death row for murdering Altantuya Shaariibuu, which was slated for last Wednesday and Thursday, was due to an application made by both the prosecution and defence counsels.

Chief Inspector Azilah Hadri and Corporal Sirul Azhar Umar were found guilty by the Shah Alam High court on April 9, 2009, with murdering the Mongolian woman on the night of Oct 19, 2006, in a jungle clearing in Shah Alam.

In a two-paragraph statement, the Federal Court registrar corporate communication and international relation's office said both the prosecution and the defence had submitted a letter - ironically dated Oct 19, the sixth anniversary of Altantuya's death - to seek an adjournment to the hearing.

"They have written in asking for more time to scrutinise and study several complex matters relating to the appeal.

"The case has been fixed for case management on Dec 14 and on that day, the court will fix a date for the hearing of the appeal," the statement said.

On Thursday, reporters who attended the appointment of four new judicial commissioners had asked Chief Justice Arifin Zakaria and Court of Appeal president Md Raus Sharif about the matter, but both declined to comment on the issue.

However, Arifin in his speech during that function generally express his concern over the recent spate of delays in court cases.

The statement from the registrar's office was uploaded on the judiciary website yesterday in response of Malaysiakini's poser on Oct 25 over the case postponement for the second time.

Suhakam commissioner Dr Khaw Lake Tee has also weighed in on the issue, expressing concern over the prolonged incarceration of death row prisoners.

Lawyers representing Sirul Azhar and the prosecution had on Oct 16 told Malaysiakini the trial would go on as scheduled as the court would not allow further postponement.

Meanwhile, Bar Council human rights chairperson Andrew Khoo said the law does not provide a fixed time period to hear appeals in cases where the death sentence has been passed.

The high-profile case which involved former bodyguards of Prime Minister Najib Razak, who was DPM at the time of the murder, was initially fixed in August but was postponed to last month, and then was put off again.

The written judgment to the case was prepared by High Court judge Md Zaki Yasin in March - three years after the guilty verdict was delivered in 2009.- malaysiakini