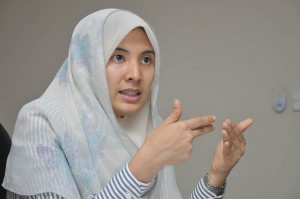 Muslims are by choice, not by being Malays 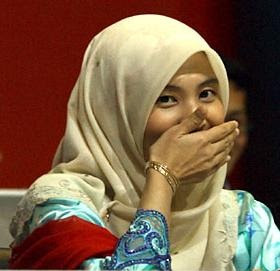 Najib cannot trust the Malaysianised Indons coz their icon is Anwar Ibrahim...

In one of my meetings with Tun Daim Zainudin, he questioned where are the votes coming from for BN? Najib wanted to hold elections in June 2012 this year. His personal emissary Jamaludin Jaris went over to see Daim to present a briefing.

Since 2008, Daim has become almost a soothsayer for UMNO whose every word is taken to be prophetic. When the wily politician said it would be suicidal for Najib to hold elections in June, JJ took a hasty retreat to report to the boss.

Just where are the votes coming from? Najib cannot trust the Malaysianised Indonesians because their icon is Anwar Ibrahim. The Cambodians? The Myanmerese? The Bangladeshis? Are we talking about a Malaysian PM? Can we trust a Malaysian PM who does not trust his own people?

Are the Felda settlers coming in droves to the suffocating embrace of UMNO? I am sorry to report; there is a groundswell of rejection among felda settlers.

If they had taken out a loan where the processing alone was RM200, each settler would have made a loss of R112. That would be one angry settler. There are 112,635 of them. And if the felda settler has 5 voting members in his family, that would be 500,000 angry voters.

Now, even if the government lends them the money to buy the 800 units and pays RM50 a month, there is no telling what the price of the FGV would be in a months’ time. If the price drops further, the settler will have to calculate what their holding cost is.

If after 3 months, while he pays RM150, and he still makes RM88, he will still on the losing end. So can the felda settlers upon their considered advice of college and university going children continue to support UMNO? Hello, the listing has enriched the political aristocrats and the Malay bourgeoisie. 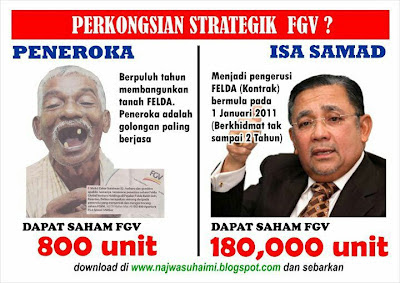 I know there is some trepidation and nervousness when it comes to taking votes from the traditional support base of UMNO- the rural votes. After having traversed the country doing my ceramahs and actually feeling the pulse, I would say, that nervousness and misgivings are slightly misplaced.

The surge and groundswell that I have been talking about have spread even to the traditional reservoir of UMNO support.

The main reason for that is the huge disrepute that UMNO has earned upon its name. UMNO is synonymous with corruption, mismanagement of the country, arrogance and plain incompetence.

This change in heart is not attained overnight. It is not like; people wake up one morning and decide at the spur of the moment, they do not want to identify with UMNO any longer. UMNO’s tyranny and all the bad that is associated with the party have reached their tipping point.

The principal value among rural voters is always religion. PAS has already done so many inroads into the rural heartland. That religiosity needed only an impetus to be heightened.

That impetus was handed over to the opposition when the UMNO president, a Malay and a Muslim sat passively when Chua Soi Lek delivered his scathing denunciation of Islam and Muslim. That is anathema and to add insult to the injured feelings,  Najib went on to give Soi Lek an additional RM30million to their RM100 million , when the religious schools got only RM 100million.

That is a lethal concoction that cannot be accepted by the rural voters.

How far reaching are the propaganda and the blatant vote buying that UMNO has dished out? All those culminated in the 2013 budget which is suitably named as give-me-life budget and the best charitable budget since Adam and Eve?

The propaganda is one big mistake and a huge overkill. How does the country take to the propaganda that the UMNO owned media industry took to vilify Anwar Ibrahim?

For umpteen years, UMNO educate the Malays with the wrong values- making light of corruption and excusing them because the perpetrators are one of us, to besmirch another’s reputation and to infuse the public with filthy and depraved values.  All these are now producing a counter culture of rejection. Rejection of UMNO that is.

When womenfolk are now brave enough to attend ceramahs and responded equally energetically as the menfolk, these are signs of trouble for UMNO. It signifies a boldness on the part of the most important element of rural votes to not be afraid of the scare tactics and the horrific stories that UMNO spreads through their network of Kemas , JASA and JKKK apparatchiks.

I mean, which female rubber tapper in her right mind will buy the story bandied around by KEMAS operatives that not voting UMNO will mean she will lose her job as rubber tapper?

Since when does UMNO own the land belonging to the rubber tapper?  That women rubber tapper now knows she cannot lose her job that she herself gives and which is not owned by UMNO!- Mohd.Ariff Sabri bin Hj. Abdul Aziz@sakmongkol.blogspot