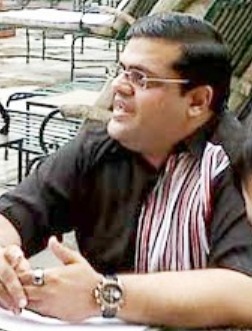 The Kuala Lumpur High Court was told today that Najib Abdul Razak had in 2006, as the then-defence minister, consented to the transfer of a 223.3-acre (89.332ha) parcel of land in Bukit Raja, Selangor, from Awan Megah Sdn Bhd to a nominee company owned by businessman Deepak Jaikishian.

However, Justice Zabariah Mohd Yusof did not allow Deepak to produce the letter dated Sept 25, 2006, from Awan Megah to Najib as evidence, since he did not file it with the court earlier, during case management, as part of his bundle of documents.

Najib, as testified by Deepak today, consented to this deal and wanted the Defence Ministry deputy secretary-general to look into the transfer and to commit in the formal documentation.

Deepak (left) told the court that he helped arrange the meeting between Awan Megah, represented by its director, Senator Raja Ropiah Raja Abdullah, and Najib, through Najib’s 'family meber' Datin Rosmah (Mansor), whom he had met earlier.

Deepak said this when answering questions from his lawyer, Sivarasa Rasiah.

He said the transaction did not take place at that time as Awan Megah was unable to secure a land bond, which was a condition set for it to proceed with the National Defence Study Centre project in Putrajaya.

“I was introduced to Raja Ropiah by former senator Ikhwan Munir Sujak. Raja Ropiah was unable to procure the required land bond to effect the project amounting to RM72.5 million. Awan Megah, represented by Raja Ropiah, signed the privatisation agreement on March 14, 2005, with the government for it to built the centre.

“In return, Awan Megah will get the Bukit Raja land and as part payment, the company was to issue a land bond for RM72.5 million to the Defence Ministry, in order for title of the land to be transferred to the name of Awan Megah,” Deepak said.

He also said Awan Megah was supposed to receive RM27 million for the work that was to cost RM100 million.

Government and two others struck out as parties

In return, Awan Megah has filed a counter-claim against Astanacanggih.

However, Justice Zabariah had struck out the Malaysian government, Syarikat Tanah Harta and Cebur Megah as defendants in the suit. Her decision has been upheld by the Court of Appeal.

The court was told today that Deepak had engaged several lawyers prior to this but they had discharged themselves. He then appointed Sivarasa (right) and N Surendran.

Justice Zabariah also today ruled that there should not be any mention of any political party involved.

Deepak testified that after obtaining the letter issued by the ministry's deputy secretary-general that referred to the meeting minutes on the transfer of the land to him, he and Awan Megah worked out an agreement to formalise this.

The option was for Cebur Megah, as the nominee company or the third party vehicle, to obtain the 223-acre land while 23 acres of the land would be returned to Raja Ropiah.

Deepak said Raja Ropiah bought the land for RM7.50 per square foot (psf), while he paid RM12psf for it, amounting to RM13 million, as payment to Raja Ropiah.

Deepak said after Raja Ropiah received the land bond, she ignored the delivery of the title and he tried to contact her, but she continued to ignore him.

He also told the court that he got to know, sometime in July, that Awan Megah had entered into a joint venture with Guppy Uniq Sdn Bhd to develop the disputed land and he then lodged a police report on the matter.

Cross-examined by lawyer Shashidharan Menon, representing Awan Megah, Deepak agreed that he did not know whether Awan Megah or Cebur Megah had secured the said land.

He also agreed that he sought a refund from Awan Megah, after he claimed that the company had not fulfilled its end of the bargain.

Meanwhile, lawyer Nasir Zihni Yusoff, a witness for Awan Megah, told the court that he was the solicitor for Awan Megah in the preparation of the agreement with the government over the project.

Replying to questions from lawyer Abdul Majid Yusof for Awan Megah, Nasir said the value of the project was worth RM99 million and in consideration, Awan Megah was to receive the Bukit Raja land.

“The exchange of the land with Astanacanggih (the plaintiff) took place, and the company issued a statutory notice pursuant to Section 218 (2) of the Companies Act to demand the RM13 million which the company paid to Awan Megah,”

He said he did not know that Guppy Uniq Sdn Bhd had entered into a joint venture with Awan Megah to develop a portion of the land, which was to be resold to Astanacanggih.

“I do not have any knowledge of Awan Megah having entered into an agreement with Guppy Uniq. I also do not know whether this is in breach of the agreement with Astanacanggih,” Nasir said in answer to Sivarasa.

After both Deepak and Awan Megah closed their case, Justice Zabariah fixed Dec 14 for submissions.-malaysiakini