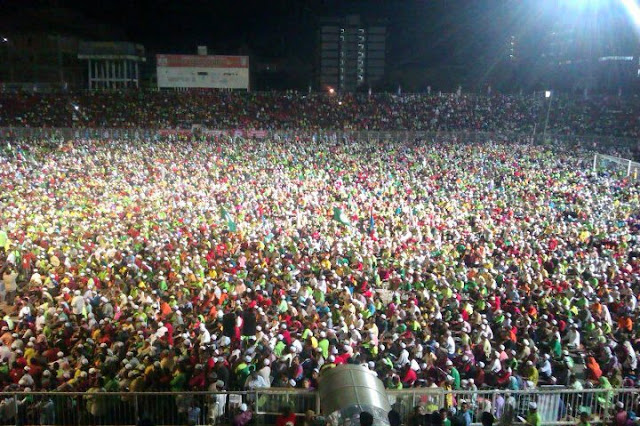 Ramli hits out at Gani Patail and Musa Hasan at his retirement ceremony...


After being disgraced and facing five trumped-up charges of non-disclosure of his assets, from which he was later acquitted, former Commercial Crime Investigation Department (CCID) director Ramli Yusuff was honoured with an official retirement ceremony by inspector-general of police (IGP) Ismail Omar in Bukit Aman today.

Ramli, in his farewell speech, lashed out at the present attorney-general (AG), Abdul Gani Patail, and former IGP Musa Hassan.

He said he never imagined the force would fall for the devious behaviour of the previous IGP and the current AG.

“It took over five years for my cases to be ruled upon by the justice system and my total innocence to be confirmed.

“Not only were the press and AG’s office ready to use any means necessary to try and get a guilty verdict against me, but also for the first time in history, a serving IGP testified against one of his own directors when he gave evidence contradicting several of his other officers including those of the rank of director. Ultimately, the judge rebuked that IGP for his incredulous witness testimony,” he said.

Ramli, who had been a career police officer for 38 years, was referring to what is now known as Copgate.

“Even when the six junior officer, my friend and I were all acquitted without our defence being called, that IGP (Musa) did not see fit to recognise my innocence in any manner nor provided any words of support for one of his own top officers after being totally deemed innocent by the justice system.

“The AG abused his dominant position to perpetuate our miseries and wasted additional taxpayers resources to appeal all of the innocent verdicts. These verdicts have all been upheld by the superior courts,” said Ramli.

Ramli further credited Ismail with bringing the winds of change when he agreed to maintain the six junior officers in their rightful place in the force.

Some of the officers had to drive taxis to make ends meet when they were suspended.

“Today we see the force closing ranks in esprit de corps, feeling togetherness, restoring the spirit of camaraderie and brotherhood within the force. This can only herald a better future for the force.

Striking back at Musa, Ramli called on members of the force and retirees to rally behind Ismail.

“We must all support him (Ismail) while retirees must not undermine him like what is being done by the former IGP, casting doubt on police statistics on crime. That is dishonourable. Thus the force must be wary of the enemies from within,” he said, in obvious reference to Musa’s rebuke of Ismail.

Ramli also credited his wife with sticking by him through adversities when he was charged. He described the stress faced by Anita as unimaginable, seeing him being paraded before the court corridors for public scorn and ridicule.

“She was not supposed to be with an accused because she is a judge. As a result she faced her own challenges as she was transferred to Ipoh because she was beside me when I was charged,” he said.

Ramli also recognised that the world and Malaysia is rapidly changing and the police had to also change in tandem to remain relevant and this is probably something with which the force has yet to come to grips.

Saying he is willing to help the force adapt to the global challenges, the former top cop who has set up his own private practise in 2009 said now police would be required to interact more with society, and improve its training and enforcing of the law.

In the event, he vowed to use his RM753,000 gratuity from his retirement to build a mosque for his kampung in Kampung Bunut Susu in Pasir Mas, where a wakaf land has been identified.

Ramli was given the official retirement ceremony after he had been cleared of all the charges. He had first been charged in 2007, months before he was due to retire.

During the event, he and Anita were given a send-off by riding on a special vehicle, accompanied by the police bagpipes playing ‘Auld Lang Syne’ as officers lined the road leading out of Bukit Aman, to salute him as he exited to his official retirement.

Ismail also handed Ramli his police retirement card and mementos during the event.-malaysiakini


This morning we received around sms an call in from Dato Ramli Yusuf, former Director, Commercial Crime Investigation Department to inform me that a Royal Malaysian Police Force (PDRM) is giving him a formal farewell. He longed for to respect me as a single of a many Malaysians who had upheld him in his query for justice, as well as longed for me to attend a rite as his guest. 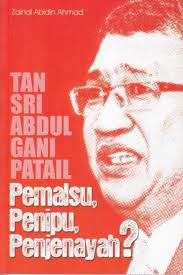 I felt we it was not compulsory for me to attend as we would have done a same thing for any Malaysian who is a plant of injustice. we did that for Lawyer Rosli Dahlan, as well as a 6 Police Officers who were victimized as well as charged in probity when Musa Hassan was Inspector-General of Police (IGP) for divulgence Musa's link to a crime syndicate in Johor Bahru.

When probity beckons, we Malaysians contingency come together to quarrel for a Rule of Law as well as Justice. Being unexcited or wordless is not an option. As Edmund Burke says,"The usually thing compulsory for a delight of immorality is for great group to do nothing."

It might be removed that a former IGP conspired with a Attorney-General (A-G), as well as a MACC to destroy Dato' Ramli's reputation as well as career. But they failed as Dato Ramli was clear by a courts upon all charges.

I did not tell Ramli that we would not attend. we just thanked him for a call in . we after detected that a stream IGP, Tan Sri Ismail Omar, gave him a grand send off (Hafiz Yatim's essay) in a most appropriate traditions of a PDRM.

I was told that he was since a ensure of respect salute as well as was sent off in a Police rite Land Rover accompanied by PDRM bagpiper's impetus past with a IGP himself walking behind a Land Rover! as well as all a PDRM Directors as well as Police Chiefs in tow. Apparently it was a really romantic send off. we am certain Dato' Ramli was really changed by this gesticulate of confession by a Force, belated as that might be.

If we had previously thought that Dato' Ramli Yusuf had sole out, we contingency to apologize since a former CCID Director did not chop his difference in his farewell debate . It was a tough hitting debate where he singled out a "devious behavior" of a former IGP as well as a stream A-G.

Let us hope that today's rite send off has brought about a great end to a humiliation as well as indignities Dato Ramli Yusuf suffered for half a decade. The Force that had obviously deserted him (and his 5 officers too) when he indispensable its support has right away voiced its bewail openly. That should be great sufficient during least for a time being. Tan Sri Ismail Omar can right away focus upon rebuilding PDRM's image as well as morale.

As for Dato Ramli Yusuf, we instruct him all a most appropriate in his retirement. we am hopeful, however, that during a appropriate time, he will not demur to initiate authorised proceedings opposite both a former IGP Musa Hassan as well as a obligatory A-G Abdul Gani Patail. - Din Merican@dinmerican.wordpress.com

Kim Quek - It is as clear as daylight – with abundance of documentary and other evidence revealed in the past – that AG Gani had conspired with former IGP Musa to fix former CCID director Ramli. So, Mr. Prime Minister, when are you going to discharge your sworn duty, which is to initiate a tribunal to investigate the attorney general so as to repair the badly tarnished image of your government? Since it was the PM who was responsible for the AG’s appointment (AG appointed by the Agong with PM’s advice), so the PM is also duty bound to remove the AG, if the latter has run foul of the law.