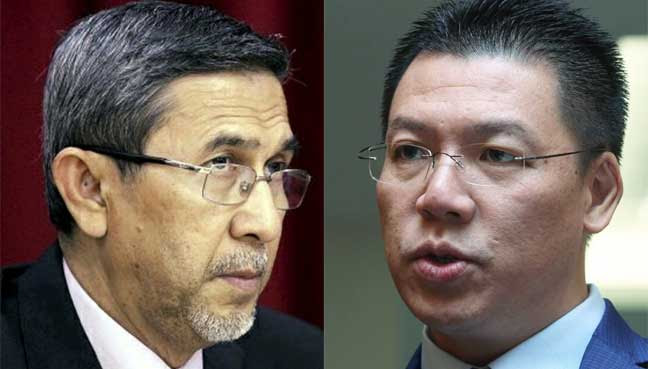 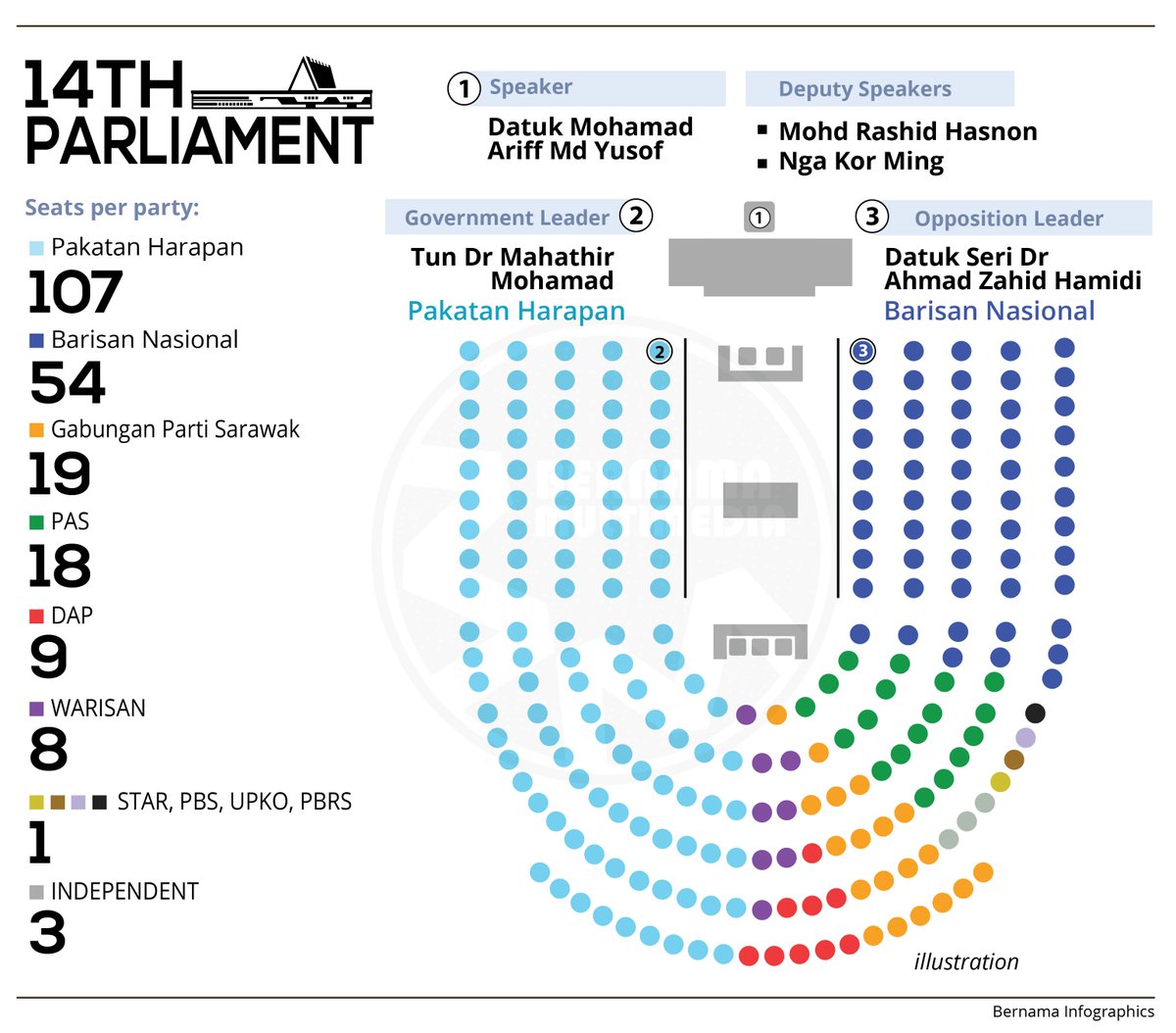 Many firsts for Parliament 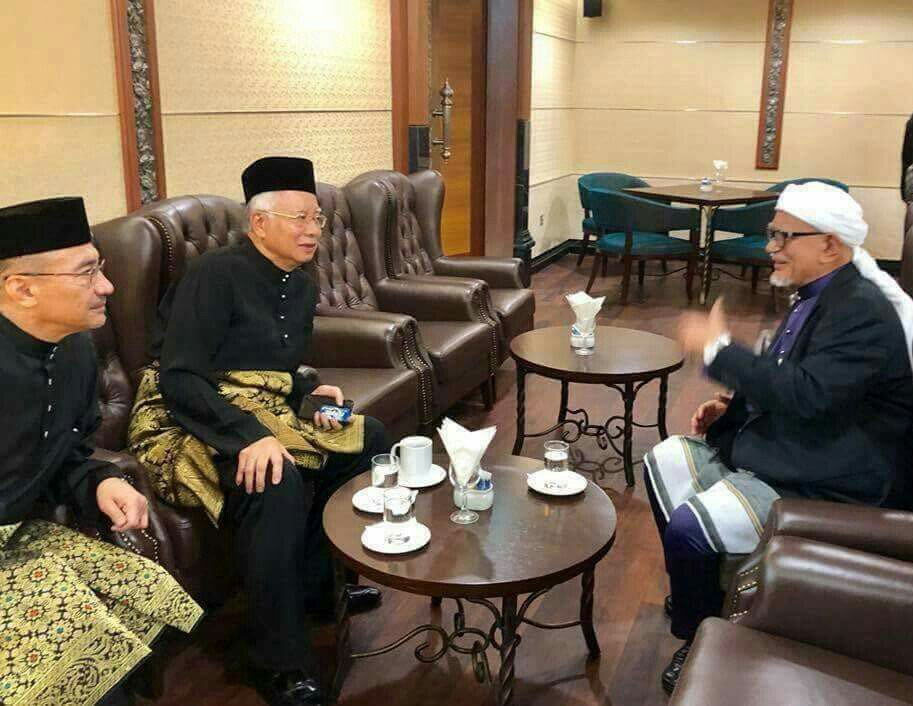 The saga of the once mighty and supposedly untouchable but now disgraced former Prime Minister Najib Razak continues. His fate depends on the decision of a high court hearing that will commence proceedings in February 2019.

On Wednesday, July 4 the Member of Parliament for Pekan, Pahang was charged with misusing his position as a government official to receive a RM42 billion bribe. It was an inducement to provide a sovereign guarantee on behalf of the Malaysian Government for a loan of RM4 billion from government pension fund Kumpulan Wang Persaraan (KWAP) to SRC International Sdn Bhd, a subsidiary of the infamous 1Malaysia Development Berhad (1MDB).

Najib aka Pekan Boy was also charged with three counts of criminal breach of trust (CBT) allegedly committed during his tenure as prime minister, finance minister and adviser emeritus of SRC International, in which he was entrusted with RM4 billion.

Pekan Boy, as expected, pleaded not guilty. He was allowed bail set at RM1 million with two sureties. And here is the icing, payment of the bail was allowed in two instalments. Najib left the court complex after paying his first instalment of RM500,000. The balance was duly settled on Monday, July 9. He was not allowed to travel abroad and had to surrender his passport for good measure.

Events unfolding following this historic episode were aplenty some hilarious some simply disgusting. 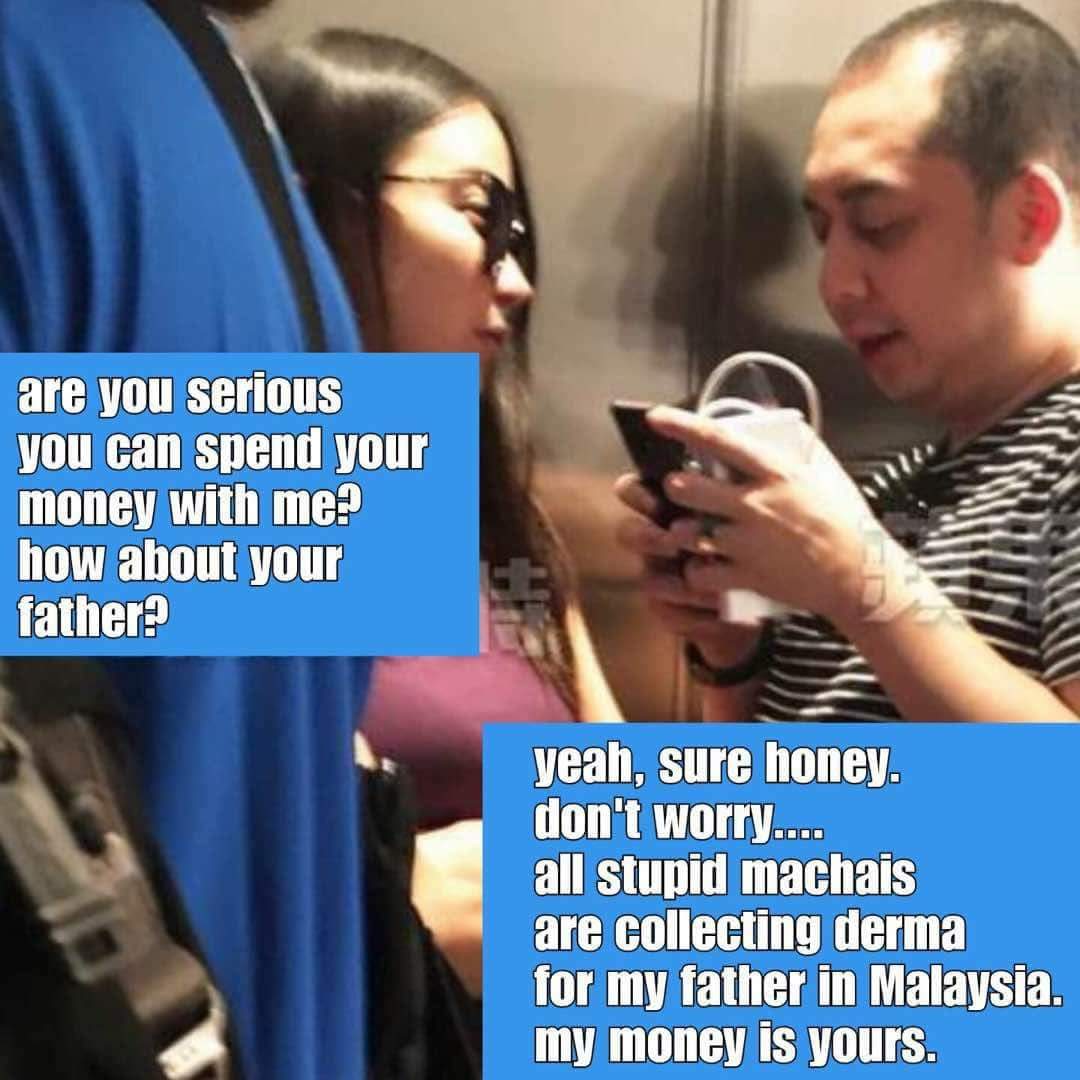 His son, Mohd Nazifuddin upon settling the first instalment of his father’s bail, left for Taipei for a rendezvous with his love interest, Taiwanese actress Celia Chang. They were seen sharing two bottles of red wine at a restaurant in Taipei Xinyi district before making a trip to a massage parlour. They were then spotted enjoying a candlelight dinner and then “chilling it out” at a pub for two hours before leaving to a hotel.

The outing, a day after Najib’s release on bail following his arrest for his role in the 1MDB scandal, drew heavy criticisms from Malaysians. One comment that strikes me was from netizen Usha Krishnan. Usha wondered if PAS would dare censure Mohd Nazifuddin for consuming alcohol and “canoodling” with a woman not his wife.

“PAS was quick to condemn a minister for wearing shorts to jog. I am certain they’ve much more to say in this instance,” she quipped. Till today there is neither a word nor a whimper from the Islamist party and from the paragon of virtues, Harussani, the Mufti of Perak. The mufti is noted for his off-the-cuff remarks when commenting on matters related to Islam.

But the most poignant (pathetic is a better term) of all was Najib’s daughter, Nooryana Najwa’s (pix,below) posting on her Instagram account urging the public to “have a heart for her father in his time of need.” In an Instagram picture posted by his other son, Mohd Norasham, he was seen holding his cat Kiky with a caption reading: “Thank God you’re back home with the family, daddy. Kiky missed you so dearly.”

As a precautionary measure, the government has frozen all banking accounts that are connected to 1MDB. This includes accounts belonging to Najib and his family members. The government’s action prompted Nooryana to complain that she has no money to buy medicines for her son, as even the child’s bank account with “RM100 duit raya” was also frozen.

Her grouses elicited a response from Prime Minister Tun Mahathir who replied that his and his friends’ accounts were similarly treated when Najib was in power. But he never took to social media to highlight his problem. Rumours abound that Pekan Boy has money stashed all over the world to fall back to in his time of need. For the disbelievers, try to explain how he is going to pay for his team of American lawyers he has engaged to fight his case? Their fees alone would amount to millions as they are in US Dollars and not Ringgit Malaysia.

A free press, without interference from the government, allows for a free passage of information from the sources to the public. The Malaysian media, at this time of reporting, is enjoying a new-found freedom never before experienced in the past. Najib, his children and his cahoots, should be thankful to Pakatan Harapan for bringing about this change.

Restrictive laws enacted to control the Malaysian media have reduced media practitioners to nothing more than mere mouthpieces for the erstwhile Barisan Nasional government. I say this with much conviction as I was hauled up a few times by the Home Ministry in Putrajaya to explain why controversial writers like Din Merican, Bakri Musa and Farish Noor were on our payroll. Ipoh Echo’s permit was nearly cancelled once when a piece was considered inappropriate for the Dollah Badawi’s government. 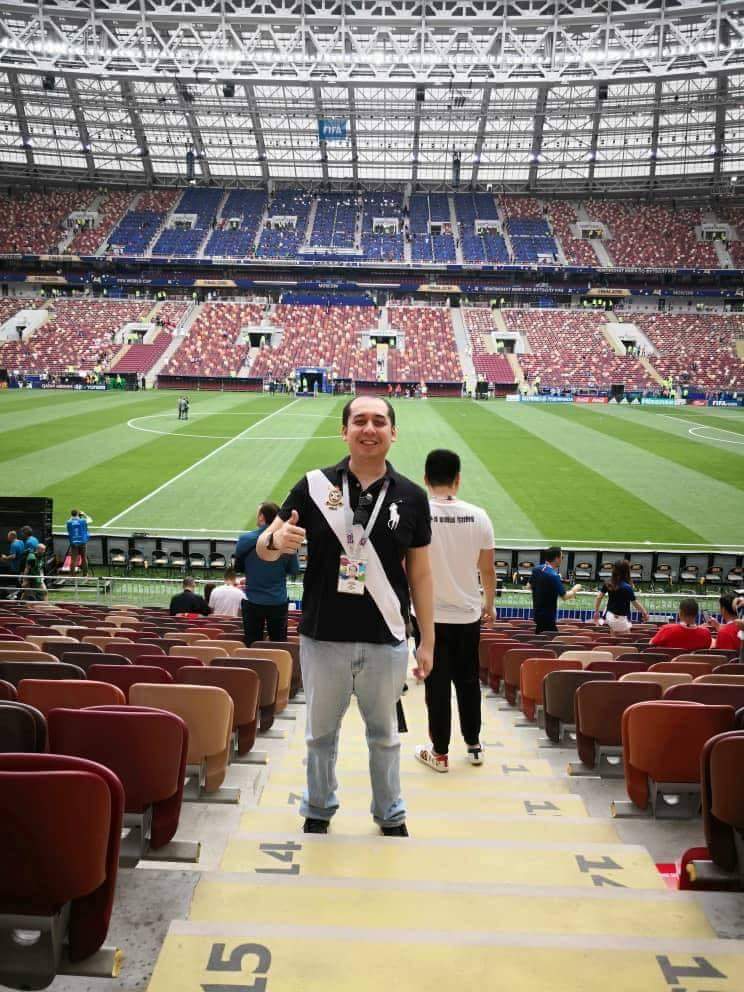 What many Malaysians find interesting and perhaps ironic is the “Free Najib” fundraising campaign initiated by Umno members on Thursday, July 5. The objective was to raise RM500,000 being the second instalment of the RM1 million bail fixed by High Court judge Datuk Mohd Sofian Abdul Razak. The amount was duly collected and payment was made to the court on Monday, July 9.

One Umno member, Zaleha Bujang, the Jasin Wanita Umno chief, donated her gold bracelet. She alluded to the heydays of Tunku Abdul Rahman who had to resort to crowdfunding to buy air tickets for him and his team to fly to London to discuss the country’s independence. Zaleha, it is 2018 today and Pekan Boy is not some first-time politician just out of the woods. He probably has plenty stashed all around the world and your gold bracelet (worth RM3000) amounts to nothing.

To conclude, does Najib deserve our sympathy? The guy is no fool. He is playing to the gallery and is using sentiments to influence or perhaps browbeat simple-minded Malaysians into submission. Some may have fallen into his trap but many, including yours truly, are not easily swayed.

Pekan Boy has to face the music, come what may. - Fathol Zaman Bukhari,Ipoh Echo 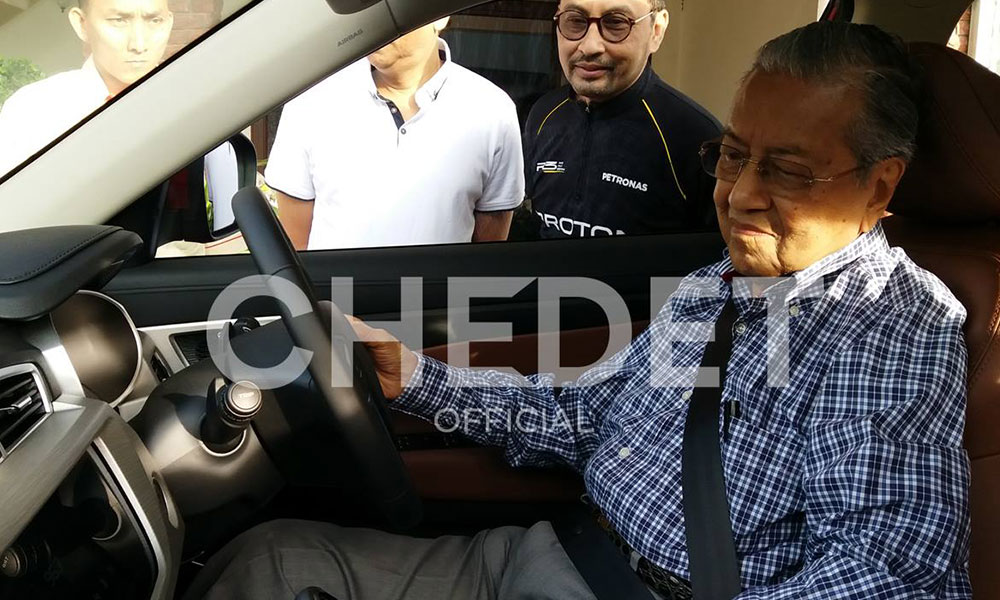 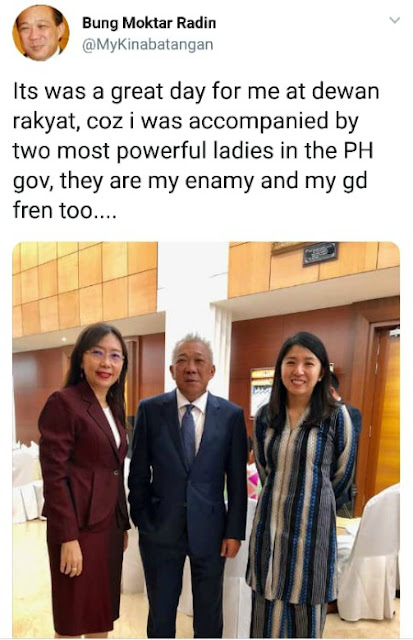 I think he meant to say his "enemy" 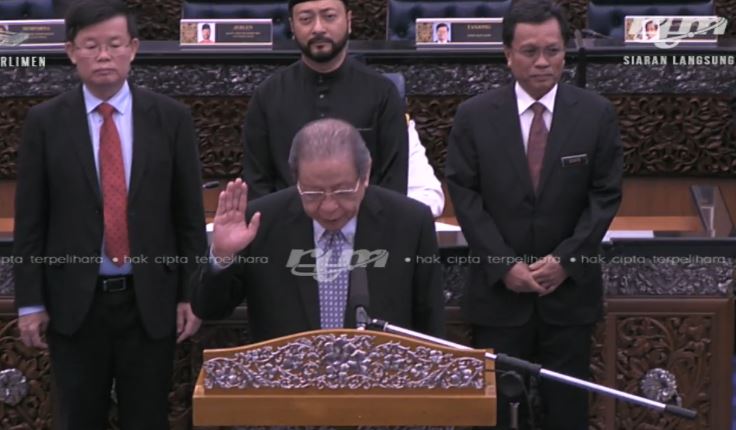 Sworn in as Member of Parliament for the 11th time... 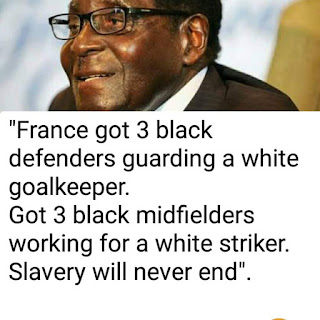